Yet in this time of renaissance and rebuilding, a new enemy emerges, and Yuma and his friends must rev it up in order to save the world -- one duel at a time. But it won’t be easy for our hero and his pals as they will be pushed to their limits, having to duel harder and faster than ever before.

A Web of Deceit: Part 1 After defeating Jack to win the Fortune Cup Finale, Yuma is challenged to a Shadow Duel by an underground duelist whose mind has been taken over by the Dark Signers. A Web of Deceit: Part 2 As the battle between Yuma and his robed rival rages on, Yuma must rely on his deck if he plans to survive this Shadow Duel and uncover the truth behind the Dark Signers sinister scheme to destroy the Satellite Sector.

Good Cop, Bad Cop After agreeing to help Yuma meet with Director Goodwin, Officer Trudge unknowingly becomes one of the Dark Signers' drones and challenges a wounded Jack Atlas to a Shadow Duel. Fight or Flight Hoping to gain Yuma's trust, Director Goodwin decides to share with him the secrets behind the origin of the Satellite Sector and the ongoing war between Signer and Dark Signer.

Dark Signs: Part 3 With his life points on the line, Yuma confronts his former friend Kali about their past in an effort to stop him from awakening the Army of Shadows. Super sensory Shakedown Leo is forced to take part in an extrasensory examination with the leader of the Arcadia Movement.

Digging Deeper: Part 1 Carly sets out hoping to uncover the mystery behind the Crimson Dragon, but after digging up some damaging dirt on the Arcadia Movement, she soon finds herself squaring off in a psychic duel with Layer. Digging Deeper: Part 3 As the Dark Signer double duel draws to a climactic close, Carly and Misty unfold a catastrophic card combo that could send Akita and Layer to the Netherworld forever.

Clash of the Dragons: Part 1 After Akita falls into a state of unconsciousness, her father turns to Yuma in a last ditch effort to wake his beloved daughter from her catatonic condition. The Signs of Time With Yuma, Jack, Akita and Luna all gathered together, Director Goodwin seizes the moment and decides to shed some light on the dark and formidable foes the four Signers will soon be battling. 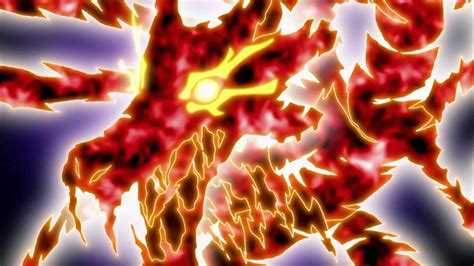 Mark of the Spider: Part 2 With the safety of his friends literally hanging in the balance, Yuma must figure out a way to squash Roman's Earthbound Immortal before it sends him and his pals to the Netherworld forever. Mark of the Monkey: Part 1 Luna gears up to face Device in a Shadow Duel, but before the first card can be thrown, Luna is transported back to the Spirit World, leaving her pint-sized brother Leo the tall task of taking down this Dark Signer.

Meanwhile, back in the Satellite Sector, Leo calls upon his Power Tool Dragon to help him dismantle Device's dark deck. Mark of the Monkey: Part 4 When Luna's plan to free Ancient Fairy Dragon falls apart, Regulus must come to her rescue in order to save her and the Spirit World from Began's minus curse.

A Whale of a Ride: Part 1 Crow challenges the newest member of the Dark Signers to a Turbo Duel, but before Crow's Black wings can even take flight, his opponent unleashes an aerial assault of his own. A Whale of a Ride: Part 2 As the sky-high battle between Crow and Grader heats up, Crow looks to elevate his game in order to ground Grader's aerial attacks before they send him to the Netherworld forever.

A Whale of a Ride: Part 3 With his life points on the line, Crow turns to his feathered friends in a last ditch effort to take out Grader's Earthbound Immortal. A Score to Settle: Part 1 Haunted by the memories of his last battle with Kali, Yuma looks to bury the past by agreeing to duel his former friend in a rematch.

Destiny's Will: Part 1 Roman challenges Yuma to a Shadow Duel at the site of the original Energy Reactor. Meanwhile, Director Goodwin decides to make an unexpected visit to the Satellite Sector to settle some unfinished business he has with his Dark Signer brother.

Destiny's Will: Part 2 As the battle between Yuma and Roman rages on, Roman takes a time out to reveal the truth behind the original Energy Reactor's meltdown and the role Yuma's father played. Shadows of Doubt: Part 1 Jack agrees to Turbo Duel Carly in an effort to defeat the darkness that has taken control of her.

In the aftermath of the unification of New Domino City and Satellite, Yuma and his warrior pals must continue to defend themselves against an adversary even more fearsome than the dreaded Director Goodwin and the Dark Signers. Eight discs dubbed into English. 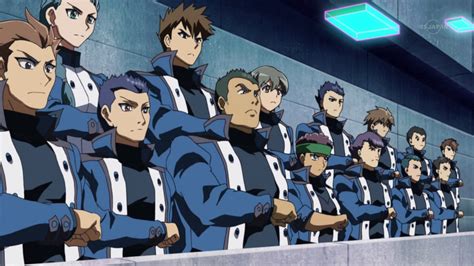