Twisted (previously House of Grazers) is an American hip hop duo from Detroit, Michigan. They have released seven studio albums, five extended play and have participated in countless compilations.

Tupac Machiavelli is too good, he really was inspirational! Tech N9ne Not enough people know this dude, but I love him.

He rocks it out all the time, and he's easily the best performer I've seen live. Hop sin I caught this guy off of a Tech N9ne album, and I love his stuff.

They got passion, they got a great theme, and I'm in love with W.I.C.K.E.D. First verse on “All the Above” is probably the best thing to ever come out of Psychopathic records.

I could stand to hear more from his discography but I'MMA stick with just his albums. Shaw New, JK, it's really Jedi Mind Tricks.

As you can tell I'm not HUGE on mainstream, but I agree Lil' Wayne is probably the best entertainer in the industry. Even if I don't like his work on the level of others, he has a style all his own, and I'd be hard-pressed to sleep on him when he's so fun to watch.

Otherwise, at least in my opinion, could put all rappers on a boat, send out to Marianas trench, and sink. Your mother was a hamster, and your father smelled of elderberries.

It's pretty hard to find a good girl in the sea of whores that is my country, Brazil. Only country singer I listen to that raps even a bit.

Otherwise, at least in my opinion, could put all rappers on a boat, send out to Marianas trench, and sink. Knock Out Ice Cube Immortal Technique Snoop Dog Dog(The old stuff) and so on. There are too many great rappers out there for me to only list my favorite 10.

I'm not the biggest fan of rap but sometimes I like to listen to some old stuff Are, Tupac, 50Cent, Snoop, Exhibit, Eminem and a bunch of polish rappers u probably never heard of e.g. All they rap about is gang wars, sex, drugs, killing and violence in general. 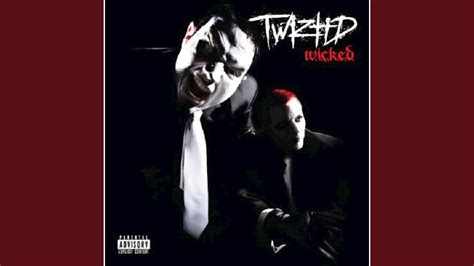 But Seriously... Probably the only Rapper I have ever listened to and enjoyed was Eminem, and the last full album I bought and properly listened to was Encore ... Anytime The Lonely Island does a Rap Song.

I guess it's because Rapping takes very little Musical Talent ... Now I have next to 0 Musical Talent, and I'm not about to try rapping anytime soon regardless ... Good Lyrics makes a Good Rapper, because in reality there's generally nothing special about their Beat or how they Rap, it's all the same.

So when people Hear Nikki Final “Rapping” with Lyrics like : “You a Stupid Hoe. You, you are a Stupid Hoe” X10000 with some Crappy Verses Mixed in talking about “Nigga this Nigga That, Suck my This, Fuck you and your EP” ...

It creates an extremely unhealthy aura around Rapping in general, even though there are some Rappers out there with some really intriguing and interesting Lyrics, however for every Good Rapper there's 30 Shit ones, and Ratios like that make the Genre Full of people paying it out. And I'll say exactly the same thing about other Genres ... Be it Pop, Metal ETC, A Vast majority of the Musicians in those genres Can also DEAF (See Justin Baker, Cody Simpson, Skrillex, Slipknot, Born, Katy Perry (Ok Katy Perry can stay because of them Tits), Selena Gomez, Miley Cyrus, Keisha ETC). 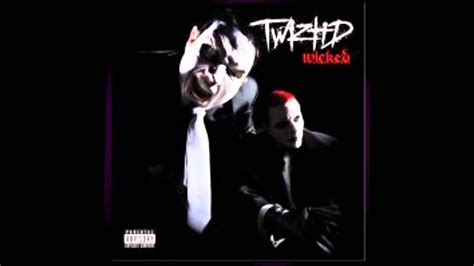 There's only ONE Genre which I wish no Musician to go DEAF, and that Is Classical/Orchestral, because even if I don't like their Rendition of a Piece, or the style they've done in the Piece, I still respect each one of them for having REAL Talent and being able to play beautiful Instruments which takes Years and Years of practice to become Pro at, rather than One session in the Booth or Hit TV show and Boom they're at Superstar with 5 Pop Albums. Anyway TL;DR this shit probably, continue with your lists I'm just rambling.

Little Boogie #8. Eminem #9. Tupac (If for no other reason than the song “Changes”) #10. Future/Aka Flock Flame/Three 6 Mafia/Pretty much every other mainstream rapper you can think of that probably isn't all that respected by hardcore rap fans. I got Mks EP, and am really looking forward to his 1st full album.

I love Young Jeezy too, EXTREMELY consistent, great beats. Lil Wayne is clever as fuck and generally has beats that go hard.

Werewolf was a BOSS on Trunk Muzak 0-60, but on his debut album “Radioactive” most of it SUCKED like a vacuum cleaner. Everyone listed below that point I don't even own any of their music, except I did have the Eminem Show CD when I was like.... 12... honestly don't remember it... except maybe the hit singles from it.

The rest I feel all have some great songs here and there, but that their albums as a whole seem too inconsistent for me to buy the whole thing. I should also mention I'm a drummer, so the beats are the primary focus to me.... so some popular rappers (Tyler The Creator for instance) I just can't get into cause their beats suck.

Personally, I'd LOVE it if I could find as many consistent & good rappers to listen to a point where my love of rap & metal became equalled. Cause rap is a chill cool sort of music liked by people like laid back smokers and such, metal is angry and as such has a lot of angry fans.... they express the anger any way they can while the rap fans just chill.

Course like I said I'm a metal guy myself, but I'm not a close minded, ignorant prick like some people. Edit : I don't really understand why people who don't like rap even responded to this though honestly.