Submarine In Voyage To The Bottom Of The Sea 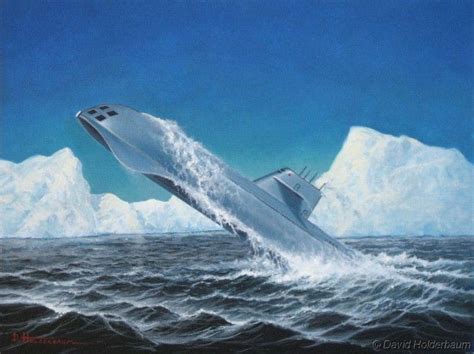 At the same time a skirmish in the control room of the Sea view sails directly into a derelict minefield. Plot Summary | Add Synopsized Trivia This episode takes place in the 1970s.

David Edison seems to make the greatest effort to simulate moving in a tilted submarine while other actors seem to make no effort at all at such pretense, occasionally even in the same shot. The Sea view is a privately owned twin-turbine nuclear submarine that appeared in Irwin Allen's 1961 Voyage to the Bottom of the Sea movie, and later the television series of the same name.

The Sea view was prefixed USES in the motion picture (per the tie-in novel by Theodore Sturgeon, which was short for the United States Oceanographic Survey). In the later television series, it was prefixed SSR ', for Survey Submarine Research Nuclear .

For the motion picture, Admiral Harriman Nelson (Secret) was the designer/builder of the nuclear sub Sea view, paid for by his family fortune from banking and government funding, and operated under the auspices of the Bureau of Marine Exploration, US Department of Science. From this original design, Nelson, also a scientist and engineer, developed a process he named X-tempered Hercules, which provided eight full-protection hull-plates for the sub's shark nose, that appeared as see-through windows.

The basic sub periscope design was still included, but was updated to show the views on various monitors. The other two were regular operational experimental subs, the Neptune (a variant of the same class as the Sea view, destroyed late in the first season), and the virtually identical Angler (featured in the episode The Enemies). 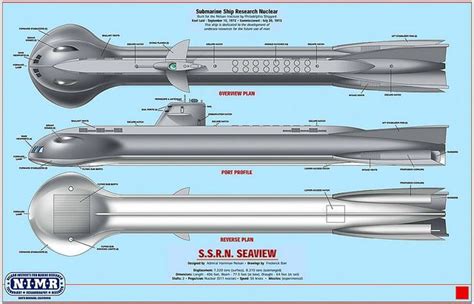 Plot Summary | Add Synopsized Goofs Strangers are routinely taken aboard the Sea view and are left free to roam around escorted, despite the ship having nuclear weapons. Quotes Captain Crane : A man learns a great deal sitting on top of an armed nuclear bomb for twenty-four hours. 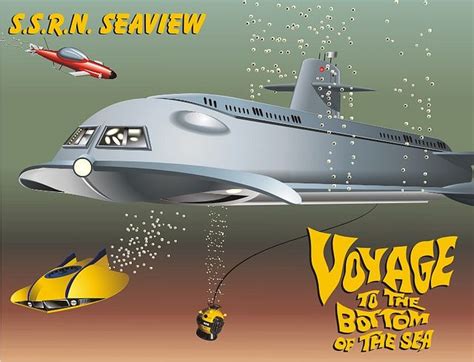 In August 1958, she steamed under the Arctic ice cap to make the first crossing from the Pacific to the Atlantic via the North Pole. While at the Pole, her crew scattered the ashes of Arctic explorer Sir Hubert Wilkins.

Two milestones in underwater exploration were achieved in 1960, the year before the film Voyage to the Bottom of the Sea was released. In the film, Sea view's voyage to the firing point follows much of the same track that Triton took on her circumnavigation: south through the Atlantic Ocean, around Cape Horn, and then northwest across the Pacific Ocean to the firing point near Guam.

In the context of the television series, the Sea view was one of several experimental submarines designed by Admiral Nelson (Richard Base hart), Director of the Nelson Institute of Marine Research, a top-secret government complex located in Santa Barbara, California, in the then-future years between 1973 and 1983. In Theodore Sturgeon's novelization of the film, “USES” stood for the United States Oceanographic Survey.

In addition, the plate indicates that her keel was laid on September 15 (year uncertain), and that she was commissioned on July 26, 1973. Sea view” appears in the Observation Room, over guest star Leslie Nielsen's shoulder. 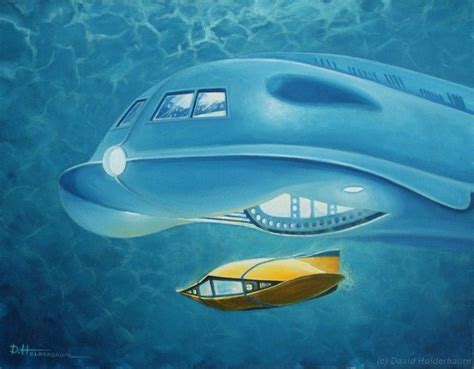 In “Deadly Waters” (season 3, episode 7) we see the plaque yet again very clearly which clarifies the year her keel was laid and gives us a good view of the “ship's motto”. In “The Deadly Dolls” (season 4, episode 2), Professor Multiple (Vincent Price) studies the “Specifications of the S.S.R.N.

In the motion picture, Lee Crane (portrayed by Robert Sterling ; originally the role was intended for David Edison, who turned it down yet later accepted the same role for the television series) was the only Captain of the Sea view from its launch as “Nelson's Folly”, as Congressman Llewellyn Parker (Howard McNair) described it. In the series, the first Captain of the Sea view was Commander John Phillips (portrayed by William Hudson).

This was added after the original B-29 -like front with twelve pairs of windows on two levels was modified for “Freudian anatomically analogous issues.” The interior shots always showed only four windows although it did indeed imply two levels in the feature's scene with the giant octopus attack.

“They are incredibly strong because they are made of “X-tempered Hercules “, a top secret process developed by Nelson. To avoid a claustrophobic feeling during viewing of the 1961 feature film, Seaview’s interior was considerably more spacious and comfortable than any real military submarine. 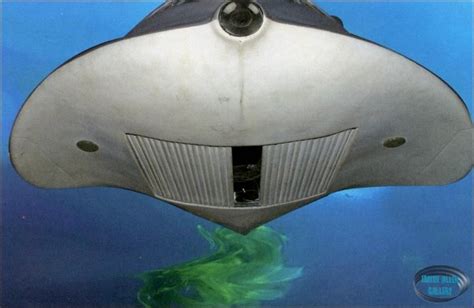 This was further enlarged when the Flying Sub was added to the miniatures with an even more open set for the control room interior. In seasons two through four of the series, the forward searchlight also housed a laser beam that could be used against hostile sea life or enemy vessels.

Sea view was also capable of electrifying the outer hull, to repel attacking sea life that were trying to destroy the ship. Lastly, Sea view was outfitted with an “ultrasonic” weapon capable of causing another submarine to implode, though special authorization was normally required to utilize it.

Although never stated, it was implied that Sea view used some kind of aquatic jet engine, which might explain her speed (very fast for a submarine) and her penchant for dramatic emergency surfacing. In the episode “The Ghost of Moby Dick,” Dr. Walter Bryce (Edward Binds) says, “I thought these nuclear submarines made better speed underwater,” and Nelson agrees with him.

In the episode “The Return of the Phantom,” Lieutenant Commander Morton states that, “Every man who's ever served aboard a nuclear sub knows they make better time when they're submerged.” Whether a submarine is faster submerged or on the surface depends on her hull design, not her power plant. 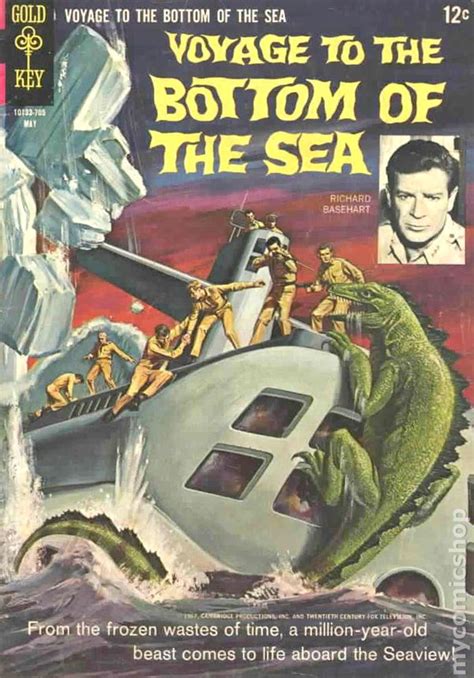 In these shots, the water flows up and over the bow, similar to a submarine with an Albacore hull (for an example, see the photo in the article USS Skip jack (SSN-585)). Except where noted, the speed data below are from The Ships and Aircraft of the U.S. Fleet by Norman POLMAR (12th edition, 1981, Naval Institute Press, Annapolis).

This then matched the interior set with the exterior miniatures but with the added detrimental effects of a more bulbous frontal appearance and a reduction in apparent overall size of the vessel. Promotional materials published between the first and second seasons referred to it as the Flying Fish, but the name was evidently dropped prior to the start of filming and was never used in the show.

As it broke the surface, its engines could generate enough thrust for the vehicle to take off and fly at supersonic speeds. The four-foot wood and steel tube approval/pattern model was extensively seen in the feature and on the TV series used as set decoration on a shelf in the observation nose, and behind Nelson's desk in his cabin.

The fates of the three original models vary; the original eight-window wood and steel four-foot display model was damaged in an altercation between writer Harlan Ellison and ABC Television executive Adrian Amish and after a full restoration resides in a private collection. One of the two eight-foot models was extensively modified; (bow cut off) for use in the short-lived series The Return of Captain Nemo (1978) and aside from the nose section, is believed to have been destroyed.

There were several miniatures of the Flying Sub and the mini-sub, and after a props and memorabilia auction in the late 1970s at 20th Century Fox most have found their way into private collections. Both were originally offered by Aurora Plastics Corporation back in the 1960s during the run of the show, and have been re-released several times. 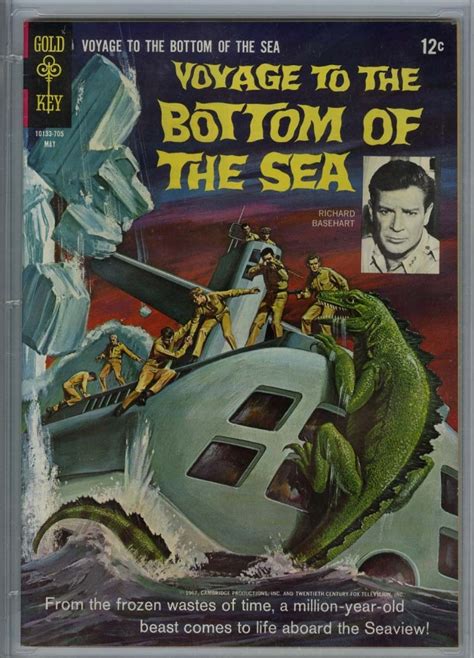