Though there are many adaptations of Arthur Conan Doyle's famous work, the BBC's Sherlock is the clear winner with the best script, the best casting, and the best character chemistry. The fan fictions, ships, GIFs, and memes are just as entertaining as the episodes themselves. 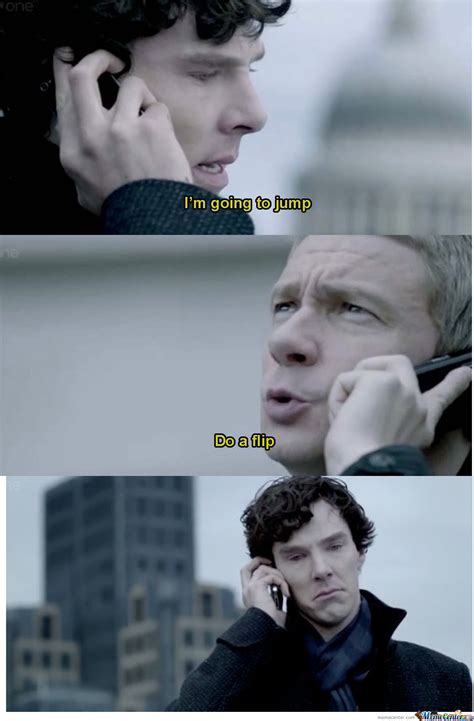 Let's take a moment to celebrate some outstanding Sherlock memes. If Sherlock was anyone besides Benedict Cumberbatch, no one would put up with his rude, cold, and downright mean remarks.

The Sherlock series depicts the iconic character as a “high functioning sociopath,” who does not feel any empathy for others. Sherlock cares so little of what other people think of him that he doesn't even attempt to fake empathy.

As the meme accurately states, conversations like this fuel the speculation that John and Sherlock are secretly attracted to each other. I think you should know that I consider myself married to my work and while I'm flattered, by your interest...” John then assures Sherlock that he is not actually hitting on him.

The pun of course, is a play on the word “ship,” which, in Tumblr land, means taking two characters and turning them into a couple. The picture of John and Sherlock inside the FedEx box is what makes the meme gold.

Or the imagination of whoever wants to write a fan fiction about John and Sherlock in a box. He walks into a crime scene and notices twenty things that the investigators would never pick up on, and leaves everyone with their mouths hanging open. 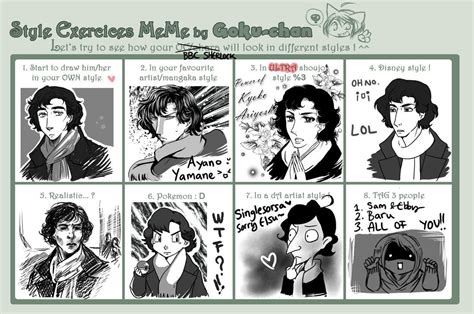 Sherlock could probably determine based on the crime scene what the murderer ate for breakfast, what brand of shoes he wears, and where he spends his vacations. But this photo of Sherlock examining a body perhaps a little too closely was perfect fodder for a meme.

Some brilliant person combined Sherlock with the “forever alone” meme, and it's perfection! This is the scene where the lab technician, who's crushing hard on Sherlock, finally asks him if he wants to get coffee with her.

How else would he be completely oblivious to the fact that the lab tech is hitting on him, but perceive that John is romantically interested in him? This is one of many memes that uses a hilarious still of Martin Freeman from the Sherlock set.

This option is funnier, given that Stranger Things is an '80s tribute, and Sherlock takes place in the present day. His facial expression actually resembles the looks on two of the heroes' faces, but it's even more exaggerated.

Given that all three men are looking down at the table, for a split second you think that this is the original photo. This meme is a bit confusing, because this particular conversation does not actually happen in the Sherlock series. 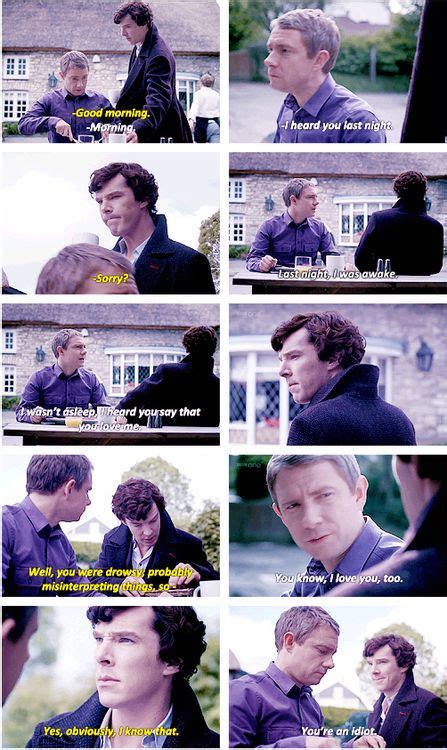 This particular dialogue is actually from a radio series called Cabin Pressure, which, interestingly, features Benedict Cumberbatch as a character named Martin. The exchange takes place between Martin and another character named Arthur, played by John Fillmore.

Sherlock's lack of empathy makes him startlingly calm and collected at murder crime scenes. Not only that, he actually gets excited about murder investigations, because they give him an entertaining puzzle to solve.

And Sherlock does actually fake his own death in the source's material, Conan Doyle's novels. As soon as we knew for sure that the death had been falsified, we could start making fun of it.

Enter: this meme, with the facial expressions perfectly matching the made up dialogue. Also enter: this meme, which is both a groan-inducing pun and an homage to the fandom speculation that Sherlock and John are probably gay.

The fact that Sherlock pays so much attention to his appearance is just another feature of his meticulous personality. It only makes sense in a country where they still have a monarch, people still get knighted, and Members of Parliament still wear wigs. 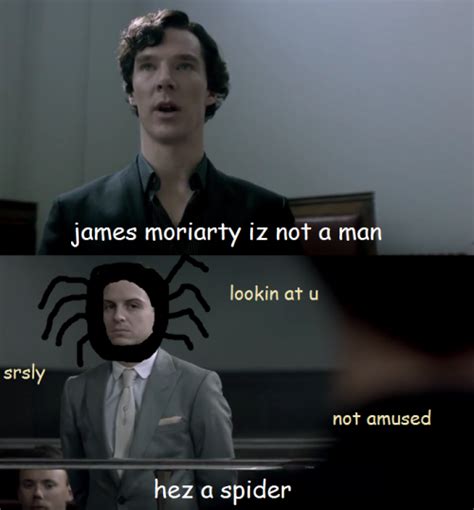 There are many variations of this meme which usually combines Sherlock with Doctor Who, a series that has been running for basically forever. It's making fun of the fact that fans have to wait forever for a new season of Sherlock to come out.

Ever wonder what happens when you force an avid, artistic, and active Fandom to sit for years without new content? One started a widespread social movement inspiring graffiti, t-shirts, and role-play that hardens back to a rumor from the 1800s.

Sherlock Holmes is depicted as a shark throughout the Fandom, in fan art, fan fiction, and more. On January 16th, 2014, a Reddit user named Mikejohnno uploaded an image from BBC’s behind-the-scenes footage of the season three premiere to the r/photoshopbattles Subreddit.

An exploitable image + the Sherlock fandom can only mean one thing: a massive explosion of fan art and the birth of a meme. You’ll find images of Sherlock falling into anything, from punk rock shows to baseball games.

The Sherlock community is jam packed with memes, inside jokes, and hilarity. There’ll be always more to find in this dynamic Fandom, and we’re thrilled to dive deep into internet history for what truly makes the Sherlock Fandom great: our beloved community and its astonishing creative spirit.

25 Sherlock Holmes Funny Quotes # Sherlock Holmes #Funny Be Yourself Quotes No matter how many hardships and suffers you face in life, maintain your identity and always be yourself.