Now when I lay me down to sleep, I pray the world last just one more week. You know, it keeps me feeling Sarthe good's going to suffer with the bad.Oh, Jay know it is so. Amazon: search for… The NevilleBrothers • Yellow Moon • WakeUp. 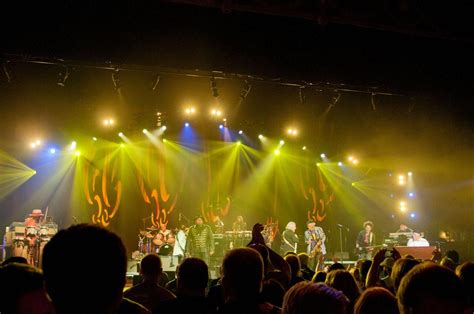 Rarely have I heard an album so surely destined for unjustified critical opprobrium as the NevilleBrothers Uptown, on EMI America. They spent a month opening for Huey Lewis a full decade after the Meters put in similar service with the Rolling Stones, and did R&B duty in last year's Amnesty International campaign.

It serves no duty, keeps no flame, and that is the obligation the Neville have incurred: with their street-chant lyrics, gritty harmonies, and acrobatic syncopation, they're definitive neoclassicism in a city that seems to breed neoclassicism (cf. Uptown deviates plenty--the respectful rock moves of Jack Nietzsche's 1978 production are as purest gumbo by comparison.

Contrary to rumor, the drums are almost all live, but they so rarely venture an offbeat that it's a solecism to call the result “commercial funk,” as I did when recommending their May 9 Ritz gig. Yet Uptown also eschews the shows of guitar that helped break the not altogether dissimilar Robert Cray AOR. 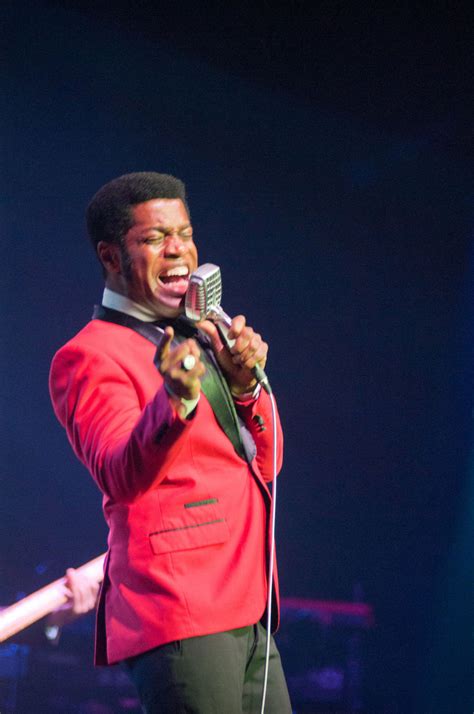 In 1987 “Mardi Gras Mambo” may sound authentic as all get-out, but in 1954 it was a dance-fad novelty, and Aaron's paean to sincerity on “Tell It Like It Is,” the million-selling ballad that defined his signature style, shouldn't be taken to mean he liked the song when it was brought to him--by all accounts, he just hoped it would sell. Art and Cyril never sing better than their material and often render it soulfully generic, which is one reason the Meters' vocally oriented Warner's albums never sold like the spare instrumentals they scored at Josie.

Yet it's less essential than the Meters' Sophisticated Missy (Carly import), and demonstrates by stealing from The Wild Tchoupitoulas that it can't compare with that still-available classic either. Whether exercising his unsung midrange on clever rock and roll trifles or trying now something slow and now something funky in pursuit of the ever-elusive follow- up, Aaron is one of those singers who with the aid of a reasonably skillful producer can make almost any song endure.

As with early James Brown or the Spaniels' Rookie Hudson, his nonhits of long ago are far more striking now than they were at birth. Though he's renowned for the eerie, quavering shimmer and imperturbable naturalness of his “angelic” falsetto, Aaron can kill all the way down to high baritone.

For a long time Toussaint's uncanny tact and sweet piano roll put him up there musically with Berry Gordy Inc., and only Lee Dorsey (forget Ernie K-Doe, Irma Thomas) did him prouder than Aaron Neville. Even Uncle George Landry, a/k/a Big Chief Jolly, the mentor for whom the Neville conceived The Wild Tchoupitoulas, which with crucial help from Toussaint and Models stands as the most sheer likable album in all history.

Together they remind us that neither high competence nor bacchanalian neoclassicism produces consistently great music unless somebody adds a magic ingredient. And except for Aaron's amazing takeout on the presumed dead “Drift Away”--I mean, at his solo-with-piano concert at St. Ann's the next night he breathed life into “Tammy” and “First Time Ever I Saw Your Face,” though not “Vincent”--the radio-customized Uptown material sounded stiff and wrong live.

Once again produced by David Torkankowsky, this time around the song selection may not have been as well known as on Volume 1, but the performances on tracks like the rocking' opener 'Within'' (brother Cyril kicking' the crap out of the song), the reggae influenced 'Everybody's Got To Makeup and 'Little Liza Jane' were just as good. It's a minor complaint, but the post-production work seems to have smoothed out some of the group's edges, occasionally threatening to turn them into Pool and the Gang ('Dance Your Blues Away').

Cyril Neville, the youngest of the Neville fraternal order, grew up surrounded by New Orleans rhythm and blues hit makers, like James Booker, Earl King, and his brother Art, whose band the Hawkers recorded “Mardi Gras Mambo” in 1954. Cyril got an early start in music playing percussion with his uncle Jolly’s Mardi Gras Indian tribe, the Wild Tchoupitoulas.

Cyril later founded his own group, Endangered Species, and has become a community and environmental activist, especially in the wake of Hurricane Katrina. Cyril Neville : It started for me in the Calliope Project, and it just was another one of those neighborhoods in New Orleans that was like infested with talent.

CN: To me, Katrina ain’t the one that ate my twenty-five years of tapes up and everything, it was the Army Corps of Engineers flood. To hear people saying that God had finally done what they had been trying to do for forty years didn’t really sit well with me.

Since there’s a huge economic pie associated with the New Orleans tourism, I just feel like the root culture that we call New Orleans culture and sell to the rest of the world, should have a big piece of that economic pie. NS: Your recent collection is called “Endangered Species” so it seems to me you’re raising the question of what do we have left, what can carry us forward.

The most important thing to me in life is to retain ownership of that and pass it down to the next generation. To hear the full program, tune in Saturdays at 5 and Sundays at 6 on WINO, or listen at americanroutes.org.

An education is about to be provided, then, in the form of Apache, a solo album that makes the case for Aaron Neville as the most holistic of soul men. Its hard R&B side matches anything the NevilleBrothers ever recorded for true grit, while still allowing plenty of space for a singer who’s arguably the most distinctive vocal stylist on the planet to tell it like it is.

Apache also reflects Neville’s social and spiritual concerns, marking only the second time in his 56-year recording career that he’s co-written nearly an entire album’s worth of material. The words are straight out of a poetry journal he began keeping in the 1970s, which more recently migrated to his iPhone.

Together, they’ve come up with a modern/revivalist marvel harking back to a golden age that produced classics like Marvin Gaye’s What’s Going’ On (which Neville just happens to reference in the eco-conscious “Fragile World”). “I call it The Other Side of Aaron, ” says the 75-year-old legend, offering an alternative album title, “because people know me from doing the ballads and New Orleans stuff.

It didn’t seem like a good omen when the record company misspelled his name as “Arron” on the label, but it was an auspicious beginning, musically if not commercially. Song now, because of what he was talking about,” Neville says, referring to the murderous threats embedded in the deceptively upbeat tune.

Neville himself wrote the B-side, “Every Day,” penned while he was doing time in New Orleans’ parish prison as a wayward youth in the late ’50s. But it wasn’t till his second single, six years later, that Neville experienced at least a fleeting taste of stardom.

And then there was no follow- up, “because the record company went defunct.” But still… “Guys would come back from the war and say, ‘Man, that was all you heard in Vietnam.’ I got to tour with Otis Redding and tear the Apollo Theater up. I was happy to have a job,” he says, never feeling like the universe owed him a living as a musician, however much anyone else might lament having those gifts buried under a hardhat for so long.

The sibling group found success primarily on the touring circuit but also garnering attention for albums like their 1989 debut for A&M Records, Yellow Moon, one of the most critically acclaimed albums of that era, for reasons not the least of which was the spooky richness of the Aaron-penned title track. 2 pop smash that was one of several duets with Neville that Linda Ronstadt included on her album Cry Like a Rainstorm, Howl Like the Wind.

For the quarter-century that followed, Neville deftly balanced the needs of dual group and solo careers. In 2012, the NevilleBrothers played a farewell show at the Hollywood Bowl, then, feeling that their hometown deserved their real adieu, reunited in May 2015 for a “Neville Forever” all-star jam and goodbye blast in New Orleans during Jazz Fest.

One is with the Aaron Neville Quintet, which involves all the slinky ferocity fans have come to expect when they see one of music’s greatest vocalists fronting a full band. The other is the smaller shows he does with his keyboard player Michael Goods, which make up in intimacy and spontaneity what they lack in group intensity.

“I like the energy of the quintet,” he says, “and I also like the laid-back quality of the duo, just coming off the top of my head with things, not having to worry about whether we rehearsed it. And that mind is constantly racing, musically, just as it was in the days when the teachers would catch him deep in a distracted schoolboy reverie.

Some of ’em wake me up at 3:00 in the morning, and I’ve got to sing the whole song to myself before I can get back to sleep, to make sure I know all the words,” he laughs. Neville no longer lives in New Orleans, which may baffle some of those who think of him as the city’s foremost musical ambassador, or at least tied with his late friend Allen Toussaint for that honor.

“This is where my heart is right now.” He loves the transition he’s making to farm life with his wife of five years, Sarah, who inspired two songs on the new album, “Orchid in the Storm” and (obviously) “Sarah Ann.” But the transitions of the last dozen years have hardly been seamless or painless. When the hurricane was approaching, he instructed Joel to pack up three days’ worth of clothing and meet him in Memphis, figuring they’d come right back.

He didn’t directly write about those experiences in Apache, but you can hear his thoughts about how nature’s calamities are reflecting the way of the world in one of the new songs, “Fragile World.” “You look at the news, and it gives you the blues,” he says. After his wife’s death, while Neville was still too torn up about New Orleans to move back, he ended up in a different Louisiana locale, Covington.

Another night in New York City, I remember needing prayers, and I was sitting by a piano at 3 or 4 in the morning and started singing Sam Cooke and the Soul Stirrers, and it did the same thing… There are so many times when God saved me and I didn’t even have an idea that he was looking out for me.” If Neville’s voice had that effect on himself at key moments in his life, it’s incalculable how it affects others.

It may not actually replace a doctor’s care, but Apache will provide the elixir for just what ails a lot of music fans, whether it’s offering a contemporary spiritual as deeply felt and divine as “Heaven” or just providing the cure for a serious funk deficiency.