Here are some of my personal favorite Keith moments to celebrate TBH, my favorite pittance moment, it’s when Lance making fun of Ridge’s Bayard in called it “cute” and where Ridge electrifies him, smirks and reply “yeah, it is pretty cute”. 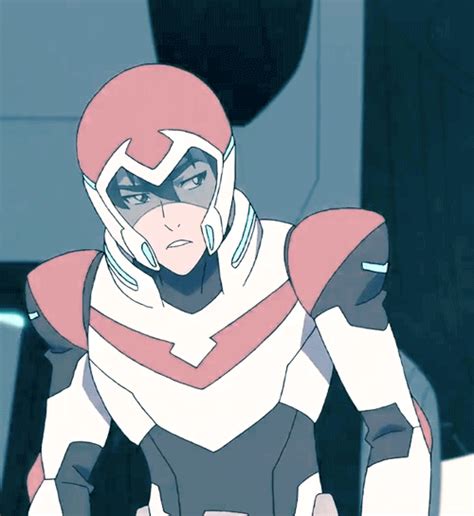 • A rebel base was infiltrated, and Matt was their Responding to his emergency signal with haste, you take your own pod and rush to his rescue Landing, but not without the enemies shooting at you, you’re in full contact with the battle As soon as you lift the hatch, you’re shooting your blaster at enemies left and right It takes a while, knocking them down and directing the wounded to the evacuation ships, you finally see Matt In combat with at least three other Gal ran soldiers He seems winded, and bears a few scrapes Overwhelmed, and not thinking, you let out a cry as you rush to aid him, knocking out one soldier with a few blasts to his torso, and a dagger to the head Matt, not expecting you, shouts as he tries to get as much space between you and the soldiers as he can You can see in his eyes, he’s asking why you’re here If you’re hurt And why you’d jump right into danger But he already knows the answer And he falls even more in love with you for it You smile at him, a smile that hits him like a summer breeze Like he’s reached the eye of the hurricane The reprieve is enough to rejuvenate him, and he grips his spear with a new resolve “Now I really have a reason not to lose this fight. So I’m going to give you one last chance to surrender.”• Matt’s banter comes in, and you smile, your heart fluttering as this foolhardy boy taunts the enemy But, alas, they choose death over survival Having been given fair enough warning, it doesn’t take long for the both of you to take them down But the battle with the two soldiers had left you distracted from a sideline, and you’re struck with a stray blast You fall, just as a cry is released from your mouth, and in a split second, Matt’s gone from your side You can faintly hear the distress of the soldier before Matt takes him down Through the flurry of shots and the clash of knives, you can tell you’ve lost the based Matt’s returned to your side, and he lifts you in his arms “It’s time to go” He hushes you, as your arm stings from the wound Blood seeps into his clothes, but he doesn’t care.

• Back on the ship, and far away from the abandoned rebel base, you find yourself in med bay with Matt, being stitched up He sits silently, his eyes never leaving your injured arms And you almost feel guilty You must have been a hindrance “Matt, I’m sorry–”• “You should be sorry. You know you scared the life out of me!” He starts off passionately “You could have left that battlefield with worse than what you got.

?”• Matt certainly wasn’t expecting that response?• “Think of all the times you stayed back on missions, you’ve offered to take the lead into battle, all without regards to your safety?? To your wellbeing?”• He blinks– this had never crossed his mind “How about an apology for all those sleepless nights you’ve caused being so reckless?” • Silence followed, and Matt looked at you, and really looked into your eyes He saw all your emotions, swirling around in them Concern, fear, worry, but also. Adoration?• He takes your hand in his, his eyes never leaving yours “I should have said this right from the very start.”• Expecting an apology, you almost say ‘you’re damn right’, but Matt cuts you off “I thought it would be better to conceal it.

Did you see my Keith post from about 20 minutes ago I have no idea what that hot mess is about, but I tried and thank you • He, just as everyone else in the universe does, stares at the tattoo on his inner wrist.• No, not everyone’s is on their wrist, but his is.• And he wonders to infinity and back, who you are, and what you’re like An intricate pattern, that flows and curves fluidly over his skin– is that a reflection of your personality?• As days go by, he wonders why he even has one.

It’s a promise that someone exists for him, yes, but he’s almost certain no one would want him with all the danger he comes with.• Sometimes he wonders if he deserves a soulmate. • You are a product of battle, a result of its violence.• So having had contact with Gallons since a young age, you tend to fight, and think like them.• You’re reminded of your tattoo only when you remove your suit for the night, and you look at yourself in the mirror Just under your jaw, on your neck, it sits there, flowing over your skin in tight, intricate curves And just under that, a mass of scars that litter your body.• Your soulmate, whoever he or she may be back on earth, would never accept someone as hardened as you from this war.• Its thoughts like this which just reinforce to you that you’re better off without a soulmate.

It never did.• Knowing that, Bolivian, who had just returned from his encounter with Vol tron and its Paladins, grits his teeth as he delivers orders and directs you through the battlefield.• You find it difficult to maneuver through the debris, clouds of dust and dirt obscuring your vision and making it difficult to locate the natives under attack.• You’re able to take down a druid, and a couple of droids as you direct some civilians to safety.• It’s then that you hear a gruff “watch out!” as the last of the survivors pile into the ship, and you’re tackled to the ground.• There’s a shock that surges through your body, but you think of it as nothing more than an impact from the body that tackled you.• The figure takes no time in acting, slicing at the assailant beside you, driving his Blade into his chest.• But the situation isn’t what confuses you– it’s the boy’s stature.• He’s built just a bit bigger than you, maybe a little leaner, but by no means matches that of a Gal ran. Yet he wields a Blade?• As Vol tron sweeps in, the enemy begins their retreat, leaving Vol tron to take the battle into the sky.• “No time for dawdling,” Bolivian husks through the comms, “tend to the wounded, and clean up the stragglers.”• The battlefield was rather barren– a stark contrast to the lush forest it used to be.• There aren’t many enemies left behind, just those too wounded to recover, and it was easy to be done with them.• After following orders, you and the mystery Gal ran beside you return to the ship, where Bolivian meets you.• “The natives are being taken care of in the med bay.

• Keith nods to Bolivian in affirmation before turning to look at the Blade beside him.• Wielding no Blade, they shouldn’t be at all a part of the Blades of Marmara, but that just brings up a whole slew of questions.• But before any of them can come out of his mouth, you’ve already removed your mask and drawn your hood to reveal your face And everything that Keith had ever known was shaken, right to his core.• Air caught in his throat as he tried to draw in a breath, but he suddenly felt as though he were underwater.• Time slowed, but he was hit with time all at once. Flashing in his mind were images of the past, and a future, that filled him with warmth.• Security.• In a rush, he removed his own mask and hood, before placing his hand over his wrist.• And in an instant, your eyes locked to his, and you took a sharp breath in.• Suddenly you were lost, in a sea, in a forest, in a ravine– but you weren’t alone.

• Everything that felt broken within you were sutured, fused together with not just you, but a completion of something whole.• The tattoo beneath Keith’s suit glowed, and he did his best to remove it, to watch the spectacle You watch, drawn to it, amazed. Your hand finds your neck, pulling at your suit to reveal your own tattoo.• Keith’s eyes watched the whole time, as your fingers delicately, almost mindlessly, pulled your suit from your neck.

Last year the project came to standstill as some animators had to drop out due to personal reasons. I didn’t intend to continue this project since interest has dropped over the last year, and it would be difficult to create hype after such radio silence.

However, if anyone wants to animate one of the leftover shots, I’d love to get the ball rolling again and finally release this project :) Please send me a message or an email at voltronanimate@gmail.com if you interested in animating these shots and can 100% finish them.

I’ve noticed a lot of reanimate projects feature (and I don’t say this to be mean to them) some clips that are less than professional. Amateurs are welcome to apply for a shot, just as long as they have some evidence of previously done animation.

I chose animators for shots not based on how “professional” they are, but how good they are in comparison to other people that applied. It's a shame but keep in mind people spend their time to work on the shots without compensation, and obviously life problems get in the way.

Half the shots have been handed in, though everyone else has contacted me asking for an extension, so pretty much everything is going smoothly. Again, I’m sorry for the lack of updates for those waiting on the release, it’s been busy organizing this whole thing.

I have been contacted by a few people who have had issues finishing on time, so it seems like the best course of action to give everyone an extra month. Initially produced as a joint venture between World Events Productions and Tea Animation, the original television series aired in syndication from September 10, 1984, to November 18, 1985.

The second season, featuring the “Vehicle Vol tron “, was adapted from the unrelated anime series Armored Fleet Debugger XV. Vol tron was extremely popular during its original run, and spawned a follow-up series, several comic books, and a 1-hour special.