Press question mark to learn the rest of the keyboard shortcuts Hey I'm just sat here chilling after finishing work and was wanting to watch one piece. 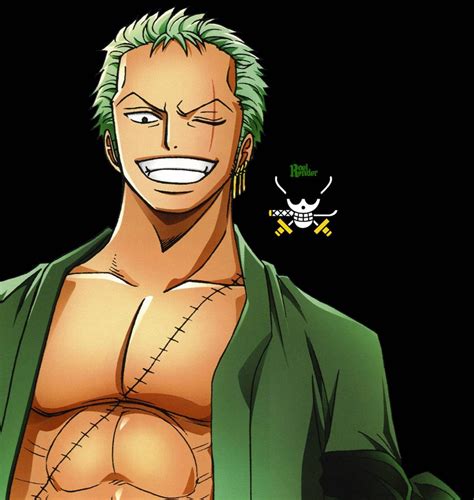 As a battle-oriented shnen series, Eyepiece never disappoints in regard to the aspect that defines it the most-- battles. Ever since the get-go of the series, the Straw Hats' pirate lives have been pretty much inseparable from battles.

In fact, Zero still doesn't stand a chance against this man-- Dracula Mohawk, the world's strongest swordsman. What further boosted the brilliance of this battle was the mutual respect both parties had for each other.

Day was technically the enemy, but he was genuinely impressed by Zoro's capabilities. The Sky Island Saga receives some pretty mixed reviews from the Eyepiece community.

Having said so, what disappointed the fans was the final showdown between the Straw Hats and God Eel and his goons. However, when it's compared to other fights like Zero vs Day, it may indeed come out as lacking.

The fight was full of turns and twists, but it ended in Zoro's complete victory nonetheless. Zero had two fights in the Thriller Bark Saga that were both equally iconic. 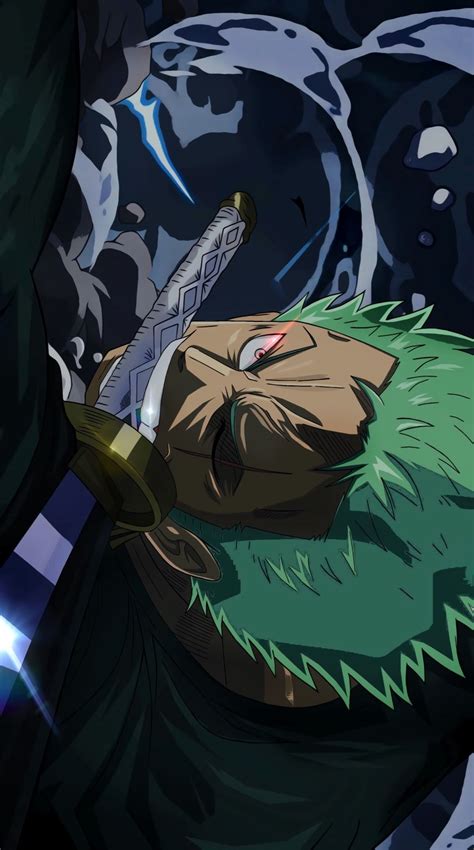 Having said so, due to Zoro's confrontation with Kama being more of a one -sided massacre rather than a fight, we will rule it out. A fight between two passionate swordsmen provided the fans with what could only be described as peak entertainment.

As the Summit War Saga was mainly centered around Buffy alone, none of the other Straw Hats had the proper chance to shine. That being said though, there was one fight that the entirety of the Straw Hats participated in, Zero included.

Zero, in particular, garnered special attention from Lizard and nearly lost his life. In most cases scenarios, Zero wouldn't have been a match to any major arc's final boss; and this is what makes this particular fight even more interesting.

Body Jones, the supposed central antagonist of the Fishman Island saga, was bodied and overwhelmed by Zero --and get this, it all unraveled underwater! Not because his opponent was weak, contrarily, it was due to Zoro's strength being off the radar.

Pica, the 2nd strongest of the Quixote Family, didn't have what it takes to push Zero to his utmost limits. Ericeira Oda's monstrous epic is the highest selling manga of all time, but its absurd length still keeps plenty of people from checking it out, and that hill is only going to get steeper as we barrel toward its conclusion (eventually). 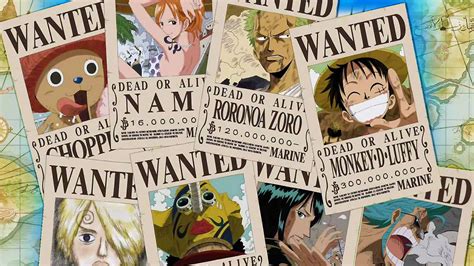 Even more of a conundrum is the Eyepiece anime, which is a much bigger time commitment and doesn't boast Odd's fantastic artwork as a selling point. There's something magical about cuddling up in front of a screen and getting lost in a world over the course of several long binges, and the strong spirit that burns just beneath the surface, even during the anime's not-so-hot days, always keeps us building to a new best episode.

It's hard to imagine in the current era, where the manga is so detailed and thorough, that there was once a time when the anime expanded on the story in really effective ways. What was once a swift and blunt couple of pages is transformed into wonderful tone piece, letting us live in the Japanese countryside for an episode as we hear the story of a young Corona Zero and his original rival, Mooney.

It depicts Mooney, the prodigal child swordsman frustrated with the knowledge that when they become adults, the difference in strength between her and Zero will increase dramatically. This is a moment for a young Zero to take his female opponent seriously, and whatever thematic baggage is left over by her death is eventually picked up by Tahiti in the present day.

There's a risk of loading a list like this with all the big emotional crying episodes, but I wanted to keep my choices varied. Episode 67 is the beginning of the Baroque Works saga, the first time Vivid comes abroad as a semi-member of the Straw Hat pirates, and our first introduction to Nico Robin back when we knew her as the villainous “Miss All Sunday”.

What stands out about this episode is its great mixture of tones, from funny to serious and finishing up with a sense of foreboding doom as we're threatened by the true strength of a new enemy. Right off the bat, the direction really pops, partially because our point of view is firmly with Vivid, and we get to see the Straw Hats at their zaniest from an outsider's perspective. 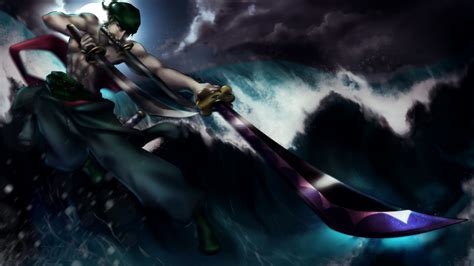 Compared to the episodes surrounding it, the art style cranks up a notch, and the designs really breathe under the cool moonlight with some great comedic timing. This is another great Zero episode that puts us in the middle of the climactic battle between the Straw Hats and Baroque Works.

I'm still not sure what the “cut nothing/cut anything” swordsman philosophy is even supposed to mean, but the show sells it with so much conviction that I trust it's cool. I think this is one of the strongest directed episodes of the series, and a perfect example of the show's eye for cinematic storytelling.

Even within a great mini-adventure about the Straw Hats getting split up and trying to escape an impenetrable naval base, episode 199 jumps out at you with its direction. Hosoda's animation style and Odd's designs have so much chemistry, and the whole episode moves in interesting ways that fluidly connect each shot to the next.

Even as just the second half of a special, this episode is jam-packed as we conclude Robin's tragic backstory and transition into the present where the Straw Hats make their grandest gesture yet to save their friend from the corrupted World Government. For being such a colorful and fun series, Eyepiece can get astonishingly sad, to the point where it's almost competing with itself to see how miserable it can get.

These lows would grow tiresome if the highs weren't so gosh darn reliable, and Straw Hats' attack on the government flag followed by Robin's big “I want to live!” scene is one of the most cathartic moments you'll ever find in fiction. The Straw Hats are still underdogs at this point in the story, so their bold “never give up” attitude in the face of their greatest enemy hits especially hard.

Probably the most difficult choice to make for this list is deciding which of the many great Body Archipelago episodes to choose. But I have to go with what is still one of the most commonly referenced and applauded moments in Eyepiece, where Buffy punches a Celestial Dragon so hard that he knocks the color off the screen.

Neptune mourning his wife's death, distraught that the complexity of race relations means he can't express his anger, is a great scene, as is Name's forgiveness of Simba for his connection to the Along pirates. What makes this arc great is the push and pull between hope, cynicism, guilt, anger, and love.

As for its place in the big picture story, this episode's an important step in Simba's relationship with the Straw Hat pirates, and it establishes the Rough Kingdom's intent to join the World Government and attend the Reverie, a heavily built-up political event that's due any day now in the manga. This episode coming out on DVD recently helped remind me how much I loved it, but even since it first aired, it's always been a favorite of mine.

Even with Smoker and Verge's powers flying every which way, the impact comes down to their good ole fists. To be a pirate is to change the world irrevocably, and after going through the stuff our main characters have, we have a sense of how big of a choice that really is.

If we were looking at just the core story as told by the manga, Kanji leaving the crew gets a smirk and an eye roll. There are tracks I don't think I've ever heard in the show before that underscore the story wonderfully, and Maui Tanaka does some of her best work as Buffy out of the entire series. 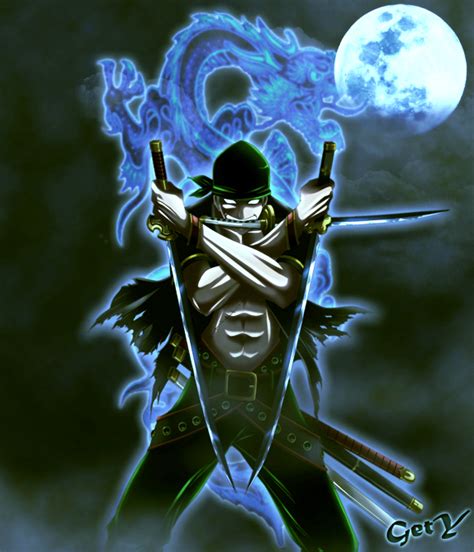 Much more than the fight, my favorite part is the final scene where Buffy is shouting his impassioned speech as Kanji departs and tries to hold back his tears. Obviously, with a series this long, I'm bound to have missed a few or omitted enormously important episodes in this top ten list.

Over the course of nearly a thousand chapters, Zero has had his fair share of incredible moments and also others where he just looked plain bad. One of the most embarrassing moments for Zero in Eyepiece was when he attempted to fight Gucci and got thrown out of Galley-La building.

Contrary to popular belief, Zero is a character who avoids hurting women at all costs because he considers them to be inferior. When fighting the mercenaries on Whiskey Peak, Zero used the blunt edge of the blade to attack women because they weren't worthy of being cut down.

However, his ambition made him grow stronger during the fight, and he somehow managed to tap into a power similar to Heidi that allowed him to defeat Mr.1. Zoro's reintroduction after the time-skip was quite epic indeed as he recreated the famous scene of Mohawk's introduction during the Karate arc where he chopped down Don Grieg's Dreadnought Sabre.

Perhaps the greatest Corona Zero moment in the story so far comes from Thriller Bark, where Kama attacked the crew and demanded the head of Straw Hat Buffy. To protect everyone and the ambition of his captain, Zero stepped up to fight him and was ready to give his own dreams away. 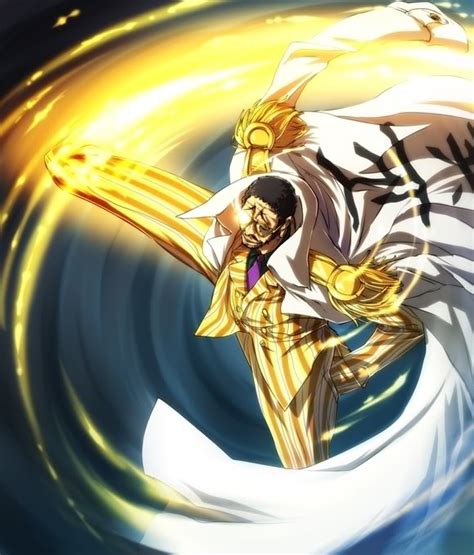 This is especially moving because a man such as Zero was willing to cut down anyone for his dreams once, however, making Buffy the Pirate King became just as important for him over time, if not more. Instead, he relied on fear and intimidation to make her stop in her tracks instead which, ultimately, could've led to the death of the entire Straw Hat crew along with hundreds of kids who were experimented on, had Caesar not accidentally stabbed Monet's heart.

Although Mohawk initially rejects the proposal, he soon realized that Zero was doing this for the sake of someone else, that is, his captain and his crewmates. This rash decision of his would've destroyed every single thing that the samurai of Open, the Alafaya Nine had planned for 20 years.