Surviving the Zombie Apocalypse, Book 1 By: Shawn Chester Narrated by: Chris Patton Length: 6 hrs and 50 mins Unabridged As the first waves of injured bystanders, guardsmen, and rioters arrived at hospitals, it became apparent that a deadly new disease had been unleashed on the population.... 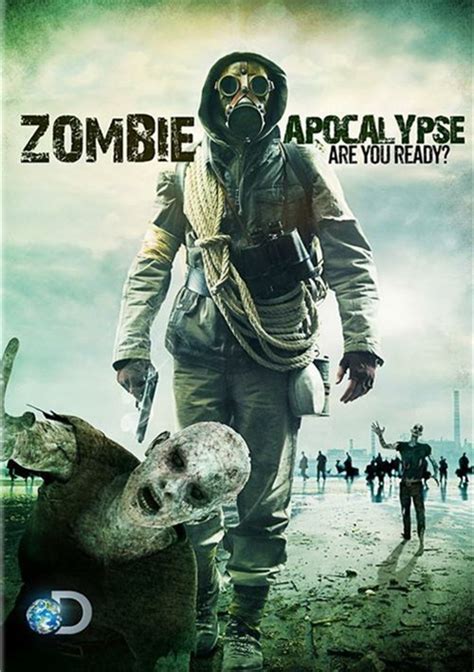 4 out of 5 stars 1,151 ratings Former Special Ops member Made Grayson is just settling in for a quiet weekend when reports of violent rioters exhibiting strange, cannibalistic behavior begin to spread. Made, whose wife and daughter are on a trip across the country, watches helplessly as major cities fall victim to a fast-spreading viral infection that gives its hosts a taste for human flesh.

Unable to contact his family, his only choice is to draw on his old combat training and cross the treacherous miles alone. Narrator Chris Patton expertly handles both frightening, powerful action sequences and Made’s vulnerable moments with alternating energy and tenderness, underscoring the duality of the world in Trudge.

In Grant’s world, humans’ successful cures for both cancer and the common cold lead to a viral outbreak that turns those infected into zombies. The story begins 20 years after the initial outbreak, and uninfected people and monstrous zombies live in side-by-side territories where paranoia and fear are understandably rampant.

Listeners follow along with brother and sister Shaun and Georgia Mason, (deftly brought to life by Jesse Bernstein and Paula Christensen), a team of bloggers working on a presidential campaign. As Shaun and Georgia find themselves uncovering a potential conspiracy behind the Rising, this audiobook begins to feel like listening to a journalist’s personal recordings, heightening the tension in such a way that drives home the intense fear that permeates the world Grant has created. 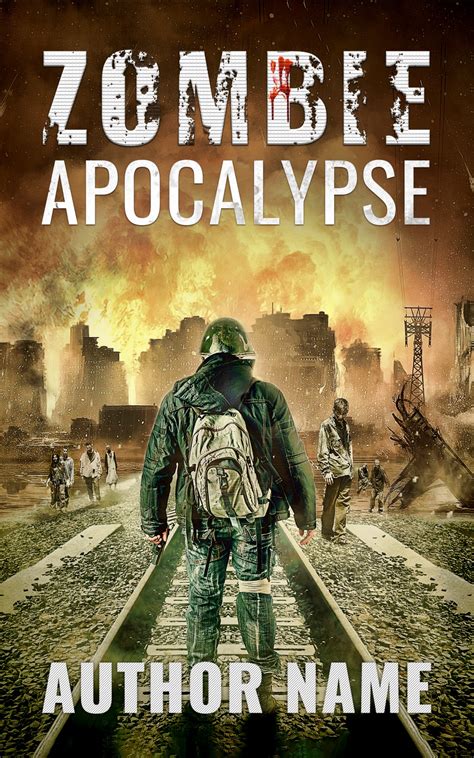 The audiobook conveys the survivors’ harrowing stories in a frighteningly realistic documentary style, with author Max Brooks acting as the interviewer. From an astronaut safely isolated in space to everyday suburban families in the thick of the outbreak, each character’s story provides a fresh perspective on the pandemonium and heartbreak of society’s collapse.

Brooks’s deft narrative makes it so that even in retelling, accounts are filled with fresh tension and mystery, and the emotive performances by the cast are gripping from start to finish. This is the story of Michael Talbot, his family, and his friends: a band of ordinary people trying to get by in extraordinary times.

By: Mark Tuft Narrated by: Sean Annette Series: Zombie Fallout, Book 1 Length: 10 hrs and 35 mins Release date: 03-03-20 Language: English The story opens with a modern nightmare: a rushed flu vaccine that leads to a mass infection, killing millions only to then resurrect them as brain-craving monsters.

Talbot is one of the few prepared survivors, and he does his best to keep himself, his family, and his friends alive without losing his sense of humor. When combined with the genial, sarcastic narration by Annette, the resulting ride is an equally funny and horrifying listen filled with winks to long-time lovers of the genre.

Adrian's Undead Diary, Volume 1 By: Chris Phil brook Narrated by: James Foster Length: 7 hrs and 42 mins Unabridged As he struggles to keep his sanity, Adrian begins dictating journals to his laptop, whom he calls Mr. JournalDark Recollections makes it easy to suspend disbelief and become immersed in the story. 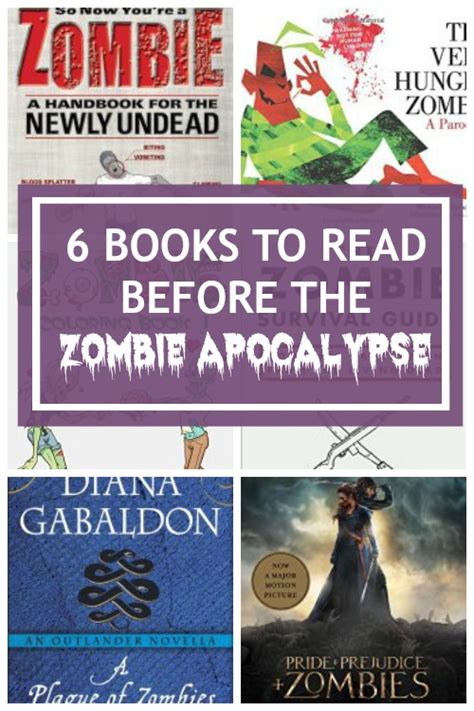 4.5 out of 5 stars 15,256 ratings Expert narrator Ray Porter lends his deep, smooth voice to Mayberry’s leading man, Joe Ledger, in this dark audiobook about a top-secret government initiative to contain a potential zombie virus outbreak. Ledger is a hardened Baltimore detective with a sharp wit, cynical outlook, and impeccable career history when he’s recruited to the Department of Military Sciences for a rapid-response mission with national security on the line.

Because this selection is focused on a mission to prevent a zombie outbreak, the story comes with a built-in countdown clock that raises the stakes to a nerve-wracking level and turns a casual listen into a heart-pounding thriller. 4 out of 5 stars 5,737 ratings In another journal format novel to add to our list, J. L. Bourne has crafted a zombie survival story that is so engrossing it makes real life a bit scarier too.

Listeners meet Bourne’s main character, a pilot for the Navy stationed in Texas, through a personal diary as the horrifying reality of his situation slowly unfolds over several entries. From there, listeners are all in, following his attempts to make contact with and protect other survivors, outlast the undead surrounding him, and find reasons to maintain hope.

A. Brecht Narrated by: Oliver Wyman Series: Morningstar Strain, Book 1 Length: 10 hrs and 55 mins Release date: 08-25-09 Language: English. 4 out of 5 stars 2,872 ratings Two United States military commands on opposite sides of the world deal with the same world-ending calamity: a fatal viral outbreak that reanimates those who die.

Audio Award winner Oliver Wyman’s crisp, clipped diction mirrors the military focus of this title, and the recitation of zombie -related horrors in his precise tone adds a chill to the immensely difficult survival decisions the two commanders must make. Plague of the Dead is a selection with a laser focus on strategy as much as on human emotion that asks listeners if we have what it takes to survive the end of the world. 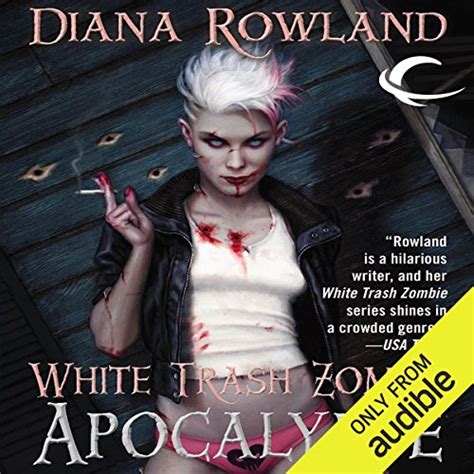 4 out of 5 stars 250 ratings Joe Hempen is no stranger to horror audiobooks, having narrated a number of them over the course of his prolific career thus far, and his expertise is evident as he guides listeners through this twisted, dark story. Devoted father Jim Thurmond searches for his son across a ravaged country, beset by hordes of zombies that are completely sentient and controlled by an external evil.

The thrilling plot is carried by deep, multi-faceted characters, and though listeners may think they know where this story is headed, author M. R. Carey will surprise them at every turn. Narrator Fifty Williams is at the top of her game as she tells Melanie’s mysterious story; the voices she gives each dynamic character are at once distinctive enough to identify and cohesive as a listening experience.

Made all the more pause-resistant by Williams’s melodic English accent, The Girl with All the Gifts is an excellent candidate for your next listen. In 1968, after the first zombie outbreak, Wanda May hall and her three young daughters discover the body of a teenage mother during a snowstorm....

When they’re eventually exposed, Stony is forced to run, and what follows are a journey of self-discovery and a testament to the strength of familial love. Raising Stony May hall feels like a partnership between author and narrator, and the listening experience is better for it, striking a unique tone for an uncommon story. 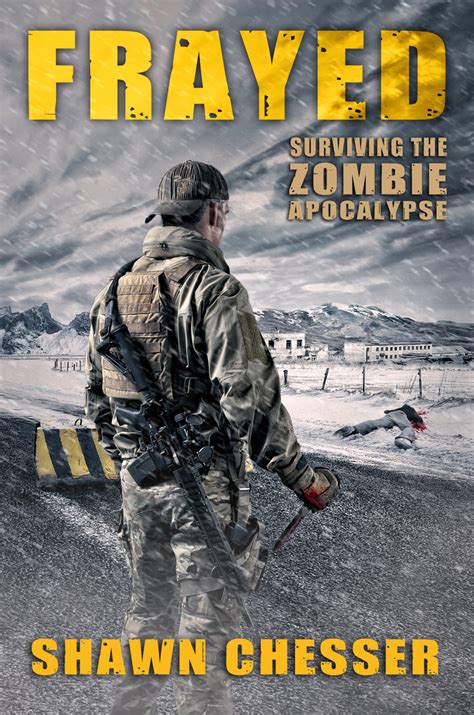 4 out of 5 stars 2,019 ratings Warm Bodies puts listeners directly into the fuller-than-expected head of a zombie, R, as he roams around looking for brains to eat and thinking about the nature of his mostly empty existence. In a flash, his purpose shifts from brains to romance, when he experiences the memories of his latest meals’ girlfriend and discovers he still has the capacity to love.

4 out of 5 stars 6,322 ratings No horror list of any kind would be complete without a Stephen King selection, and for zombie action, Cell is our pick. King plays on our fear of technology going too far in this thriller when he introduces a virus that is transmitted to millions through devices we keep on hand almost constantly: cell phones.

4 out of 5 stars 1,327 ratings Hall of Fame Narrator Cassandra Campbell’s endlessly versatile voice switches seamlessly between wife Sarah and husband David in this zombie horror and romance crossover. She brings a flair to each character and capably carries the dry wit of author Jesse Peterson’s story about a struggling couple who realize, on their way to marriage counseling, that they may have to work out their issues on the way through unexpected zombie carnage.

This Audio Award-nominated audiobook eloquently tackles the difficult issues that plagued Angel’s human life while also satisfying listeners’ desire for classic zombie themes like brains, guts, and gory adventure. Allison McLemore is so talented, wielding a wide range of genuine Southern drawls, but what we love most about her performance is how well she seems to understand the intricacies of this listen’s scrappy heroine.

By: Gena Show alter Narrated by: Natalie Gold Series: White Rabbit Chronicles, Book 1 Length: 13 hrs and 6 mins Release date: 10-01-12 Language: English The heroine is Alice Bell, who loses her entire family on her 16th birthday and gains a thirst for vengeance and drive to survive.

On the isolated farm, the pair make a last stand for humanity against both a seemingly endless sea of insatiable zombies and threats imposed by their fellow survivalists. It’s clear that author David Chord loves the genre he writes for, and the intensity that permeates his prose comes through in Graham Halstead’s voice with steady, near relentless energy.

After decades of planning, the contagion was unleashed, and overnight hundreds of millions died and came back as rampaging, undead monsters.... 4.5 out of 5 stars 1,019 ratings This fresh take on the genre offers twists to traditional zombie tropes.

And the traditional apocalyptic hero’s journey is undertaken in a giant, armored truck caravan occupied by a fascinating cast of characters, helmed by disgraced veteran and de facto leader, Gunny. Narrator Eric A. Sherman has dozens of distinctive character voices to act out in Zombie Road, but he is certainly up to the task.

Practical Elizabeth Bennett, one of five daughters to a steadfast father and charmingly ridiculous mother, meets and eventually marries the taciturn Fitzwilliam Darcy. Grahame-Smith gives the aspects of Elizabeth’s character that we most admire, like her quick thinking and strong will, a new stage on which to shine.

Hall of Fame Narrator Katherine Ellen is a force to be reckoned with as she effortlessly articulates Austen and Grahame-Smith’s combined, fast-paced dialogue at a rollicking clip.