Zoey101 is an American comedy-drama television series that originally aired on Nickelodeon from January 9, 2005, until May 2, 2008. It focuses on the lives of teenager Zoey Brooks (Jamie Lynn Spears), her brother Dustin (Paul Butcher), and her friends as they attend Pacific Coast Academy (PCA), a fictional boarding school in Southern California.

Roger at tech support: Sir, I DO NOT appreciate your aggressive tone! Chase Matthews: I just want my video chat to work.

Zoey : And here's a tip for you: Try to make words not come out of your mouth! Zoey : Um, we kind of already have a full team. 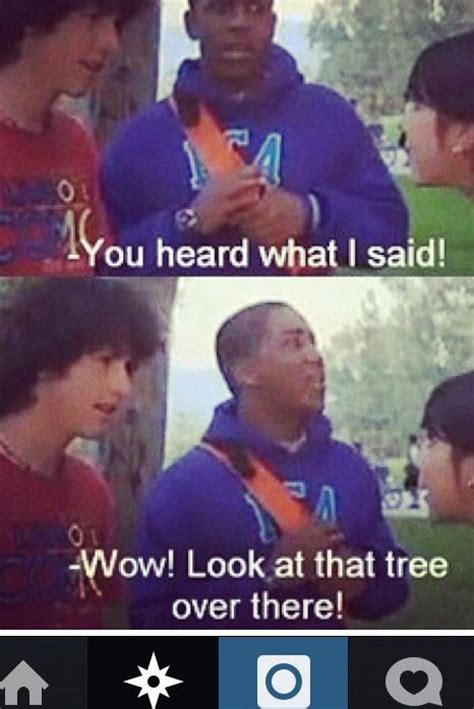 Dustin : Because the guys said if I root for the girls, they'll shave off my eyebrows! Dustin : Too late, I'm way past scared.

Zoey : (on cell phone in phony Southern accent) Excuse me, sir, I'm calling about the mustard you ordered. Mr. Callahan : Um, I didn't order any mustard.

Nicole : Thanks, Chase, we love the free sushi! Chase : Look, girls, I don't know if I can keep hooking you up with all this free sushi.

Zoey : Well, tell him money doesn't give him the right to push people around. Chase : He gave me 50 dollars to shut up.

Mr. Bender : Now, Chase, your hair is unusually bushy. And Michael, the bushiness of his hair is none of your business.

Logan : Or I could give you a ride, maybe we could go to the beach and make out a little. Zoey : You know, I would, but it's so hard for a girl to kiss a guy while she's vomiting.

(Dustin knocks on Zoey's door) Dustin : Hey, is Zoey here? Dustin : 'Because I think I'm sick, and I was wondering if-- (Dana shuts the door in his face) Michael : Calm down.

Chase : I wonder who invented the meatball. Chase : Well, some guy back in the fifteenth century must have said, “Yes, meat is good, but it would be even better in ball form”. 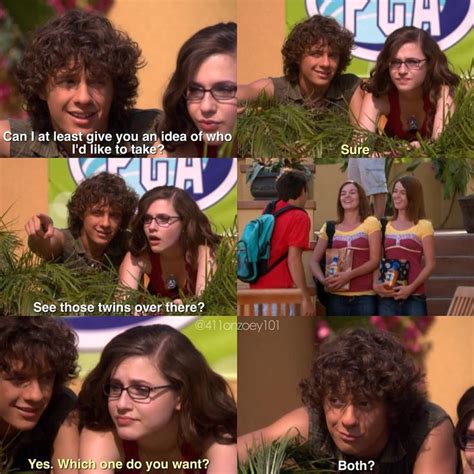