While many of this type of films may not be as good as others (this having to do with production values, actors, music and such), there are some that are really worth your time. This list looks at some films that explicitly or implicitly carry, to some extent, traditional Buddhist beliefs. 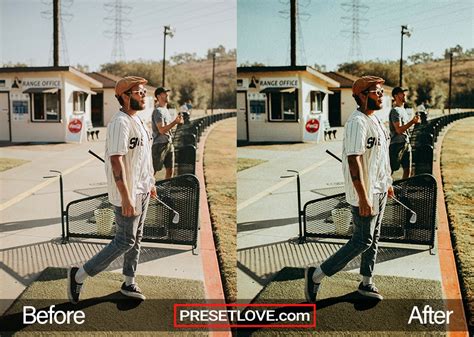 This is Alejandro Jodorowsky’s first biographical film, it follows his journey through Tortilla, his issues with his father, the way he felt like an outcast for being different in his childhood and his controversial spiritual views. In order to understand many of the scenes in the film it wouldn’t hurt to read two of Alejandro’s books: The Dance of Reality and Manual of Psycho magic.

Alejandro Amenable’s psychological masterpiece will make you question the very nature of your reality. Open your eyes deals with various themes like life, death, and our perception of reality.

Once Amenable was asked what he would like the viewers to take out of such an intense film, surprisingly his answer was very short. He wants the audience to imagine a future without morals, a world without human values and ruled by technology.

Based on the French short “La Jeté” 12 Monkeys gives us a glimpse into the reality of a schizophrenic world view. Though shot in a way that’s very confusing for the viewer it gives us one of the best cinematically unique experience one could have, after all it’s a Gillian film. 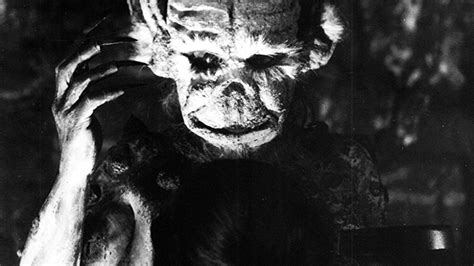 Truman Burbank’ lives in a world of lies and illusions, where things aren’t what they appear to be. For 30 years he has been living in the small town of Sea haven, his dream is to travel beyond the walls of his comfort zone.

On his 30th birthday things felt like they were out of place, giving Truman a very surreal feeling of life. He soon discovers that he is the main role of a 24-hour television broadcast that has been running since the day of his birth.

The film continues his journey to find what’s real, and who is in charge of the whole deal. The Truman Show has been seen as a critique to the media, who it enters our life without any warning and how celebrities live alienated from the outside world.

These events mix some actors with real everyday people, at the beginning of each act we don’t know who is who. While this might seem very ambitious and pretentious, Holy Motors leaves its mark on its audience.

Holy Motors might seem empty and devoid of meaning at first, but when you change your perception on it you’ll understand all of its symbolism behind it. “ This movie left me reeling with turmoil and confusion, with feelings of sadness and despair. 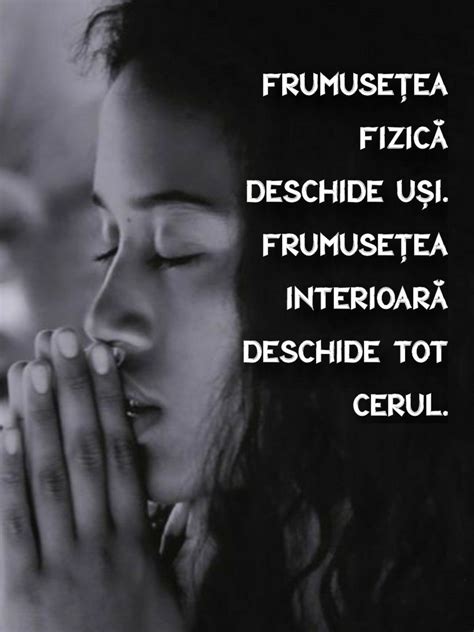 The film follows the life of Jacob Singer after all the postwar traumas on account of the Vietnam War. The story is told in such a nonlinear way that we as an audience feel the schizophrenic state of his mind.

We are never sure of what we are watching, it feels as if the movie was lying to us; it bends the reality in such a way that we can’t distinguish one thing from the other. Just like a David Lynch film, this movie is almost impossible to spoil being that the plot arrives, mostly, from pure interpretation.

Louie, Jacob’s chiropractor, gives him some advice concerning life and emotions. “The only thing that burns in Hell are the part of you that won’t let go of life, your memories, and your attachments.

So, if you’re frightened of dying and… and you’re holding on, you’ll see devils tearing your life away. A boy is raised by a Buddhist monk in an isolated floating temple where the years pass like the seasons.

A classic artistic and cinematic masterpiece which explores what it means to have consciousness, purpose, destiny and how to achieve evolutionary transcendence. A collection of expertly photographed scenes of human life and religion. 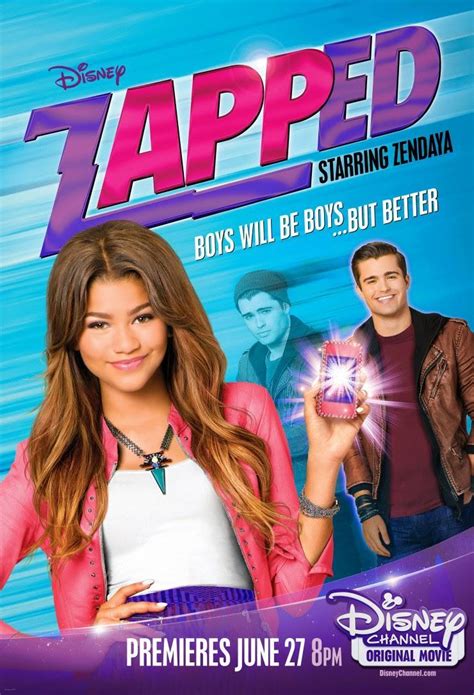 A metaphor for awakening to our true nature which is to be selflessness and loving. Within the most terrible situations beauty and transcendence is possible through the use of imagination and love.

A Nazi concentration camp experience is transformed for one child through the loving determination of his father. When a beautiful stranger leads computer hacker Neo to a forbidding underworld, he discovers the shocking truth--the life he knows is the elaborate deception of an evil cyber-intelligence.

The Matrix is the illusion that we live in... the conditioned patterns that keep us from experiencing our true nature. Based on ancient Vedic teachings “The Matrix” is Vedanta for the modern world.

It has been called Akasha, Logos, the primordial OM, the music of the spheres, the Higgs field, dark energy, and a thousand other names throughout history. Awakened beings such as Christ, Buddha, Krishna and Lao TSE all share a common root connection; one could call this the archetypal spiritual experience.

A poignant, direct look at the human condition, and what is required to return to “union” with the source. An insomniac office worker and a devil-may-care soap maker form an underground fight club that evolves into something much, much more. 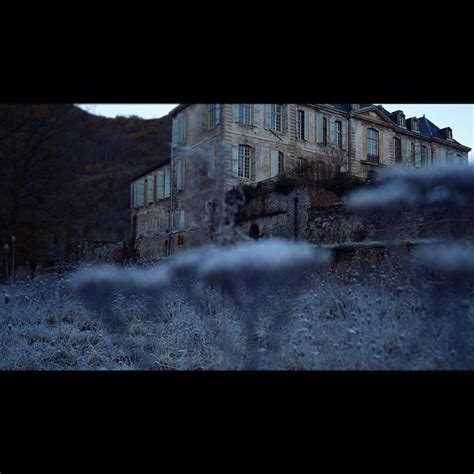 It is about destiny vs. anarchy, rules vs. freedom, and overcoming our fear and conditioned patterns. A paraplegic Marine dispatched to the moon Pandora on a unique mission becomes torn between following his orders and protecting the world he feels is his home.

Avatar recognizes this loss and the behavior that perpetuates our belief in our separateness. An investigation into the long-obscured mystery of dimethyltryptamine (DMT), a molecule found in nearly every living organism and considered the most potent psychedelic on Earth.

DMT is the chemical that produces the experience during Shamanic Athabasca journeys. When a Mongolian nomadic family's newest camel colt is rejected by its mother, a musician is needed for a ritual to change her mind.

Through the use of various metaphors and analogies the director comes as close as possible to telling the Tao that cannot be told. Amélie is an innocent and naive girl in Paris with her own sense of justice.

A charming film about a French girl with a powerful imagination who sets things right in the world around her. Filmed over nearly five years in twenty-five countries on five continents, and shot on seventy-millimetre film, Samsara transports us to the varied worlds of sacred grounds, disaster zones, industrial complexes, and natural wonders.

From the creators of Bar aka comes a visual journey through the tragic comedy which is our human existence. Samsara is a quest; one man's struggle to find spiritual Enlightenment by renouncing the world.

A monk seeking enlightenment in a cave is drawn back into the world to experience the comic tragedy that we call love. The telling of an Inuit legend of an evil spirit causing strife in the community and one warrior's endurance and battle of its menace.

A young man who survives a disaster at sea is hurtled into an epic journey of adventure and discovery. While cast away, he forms an unexpected connection with another survivor: a fearsome Bengal tiger.

After Richard Alpert was fired from Harvard in 1963 for conducting psychedelic drug research, he journeyed to India, found a guru and was renamed Ram Days (“Servant of God”). Ram Days was a student of Maharani who became a popular spiritual teacher in the 1960s.

This film tells of his connection to Richard Alpert and Timothy Leary in his search for transcendence, and moves into new lessons in old age. The book of how to live and how to die, the way of liberation, narrated by Leonard Cohen. 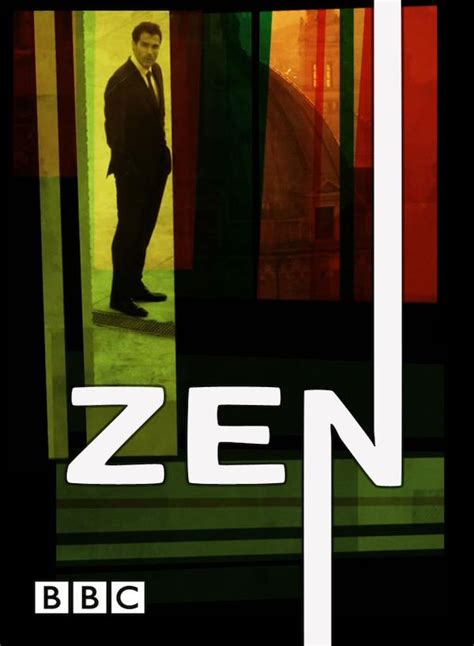 As the Mayan kingdom faces its decline, a young man is taken on a perilous journey to a world ruled by fear and oppression. A film that will get your blood stirring and connect you to a sense of the destiny, mystery and tragedy of human life.

The trip from Germany to Japan brings up some unexpected quests they have to manage. A fun film about two brothers who end up at Zen temple and find that enlightenment is not what they expected.

A portrayal of the lives of the last great Inuit shaman, Ava, and his beautiful and headstrong daughter, APA. KNU Rasmussen documents the story of a Shaman and gives insights into a seldom seen world.

Interviews with scientists and authors, animated bits, and a storyline involving a deaf photographer are used in this docudrama to illustrate the link between quantum mechanics, neurobiology, human consciousness and day-to-day reality. More about Quantum physics and the fraying edges of science, and what it means for our understanding of reality. 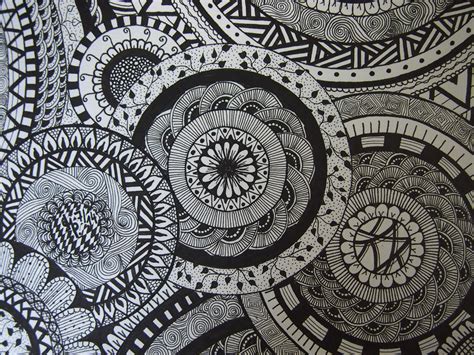 A chance encounter with a stranger changes the life of a college gymnast. A gymnast meets an illusive teacher where he is taught to find the path to stillness beyond the logic sense of self.

An overcrowded maximum-security prison-the end of the line in Alabama's correctional system-is dramatically changed by the influence of an ancient ... See full summary ». Through the simplicity of their lifestyle those who live there are a real steps ahead of us: they spend their time concentrating their ... See full summary ».

By living in alignment with the matrix of the universe we can bring ourselves back to health. As a modern-day scientist, Tommy is struggling with mortality, desperately searching for the medical breakthrough that will save the life of his cancer-stricken wife, Izzy.

A documentary about a man who impersonates a wise Indian Guru and builds a following in Arizona. At the height of his popularity, the Guru Kumar must reveal his true identity to his disciples and unveil his greatest teaching of all.

A BBC/Discovery Channel co-production, this docu-narrative film describes the life of Siddhartha Gautama, the process by which he arrived at the fundamentals of Buddhism and the ... See full synopsis ». An excellent BBC documentary explores the classic story of the Buddha. 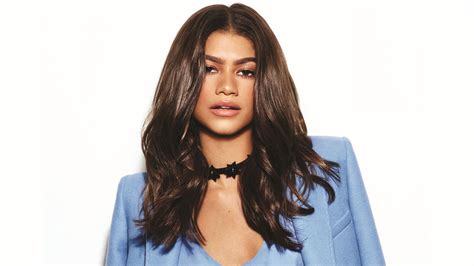 An orphaned musical prodigy uses his gift to try to find his birth parents. The film conveys a profound realization of the power of intention, synchronicity and the inner mechanism for following one's bliss.

A nameless 'noir' detective, still mourning the loss of his wife, investigates a mysterious death in a Buddhist temple, but his logical, left-brained crime-solving skills are useless in the intuitive, non-linear world of Zen. An exploration of how the actions of individual lives impact one another in the past, present and future, as one soul is shaped from a killer into a hero, and an act of kindness ripples across centuries to inspire a revolution.

An attempt at conveying a sense of the cycles of dharma, the Kalahari, the wheels of time that we are bound to, and the archetypes and themes that move through history and through lives. A Blade Runner must pursue and terminate four applicants who stole a ship in space, and have returned to Earth to find their creator.

Blade Runner ultimately asks “What is life, what is consciousness? ' Zen Buddhist teacher Dozen Benji is a very important religious person during the Katakana period, 750 years ago.

After his mother died, he decides to move to China and settle as a ... See full summary ». A beautiful film that explores the life of a Zen Buddhist master.

A sexually frustrated suburban father has a mid-life crisis after becoming infatuated with his daughter's best friend. This film lifts the veil on the American dream to show us the truth about beauty, suffering and where true happiness can be found.

In German-occupied Poland during World War II, industrialist Oskar Schindler gradually becomes concerned for his Jewish workforce after witnessing their persecution by the Nazis.