The end result is a character that doesn’t resemble a traditional monk (in the D&D sense, at any rate) in a lot of important ways. As a zen archer, you’re positioned to be an effective ranged combatant, and you still have all the mobility and skills of a monk.

If you want to play an archer, but fighter and ranger don’t fit what you have in mind, the zen archer is definitely worth a look. You gain proficiency with the longbow and short bow on top of your normal special monk weapons.

At higher levels, this gives you more attacks than you would normally gain by using Rapid Shot and Many shot together, which is why you can’t also use those two feats while making a flurry of blows. As noted above, Rapid Shot and Many shot don’t work alongside your flurry of blows, so you’ll probably want to avoid choosing them as bonus feats, even though they’re available to you.

Still another change at 1st level is the exchange of Stunning Fist for Perfect Strike, which you are given special allowance to use with a bow. You’ll get the most mileage out of Perfect Strike by using it on your iterative attacks (including the ones you gain from flurry of blows), as those are made at a lower bonus and are less likely to hit than normal.

Evasion is a very powerful ability; however, as an archer, you thankfully have far less reason to be caught in devastating, Reflex-based, area attacks (like the common fireball) than your melee friends do. Normally, you’d want a moderate Strength at the least (for damage bonuses from a composite longbow), a high Dexterity (for your attack rolls), and a moderate-to-high Wisdom score (for your Armor Class and I pool). 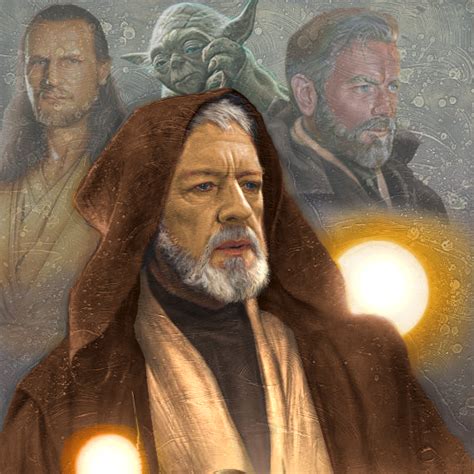 If you truly want to avoid Dexterity, rely on melee attacks for the first couple levels, since your Strength will still be fairly decent. You also exchange still mind for Point Blank Master as a bonus feat at 3rd level, which means you can worry far less about pesky monsters getting in your face and making your life as an archer difficult.

At 4th level, you gain a special addition to your I pool that lets you increase the range increment of your bow by 50 feet for one round. Otherwise, those times when you need extra range will likely be fairly rare, and you can spend your I points to gain additional attacks per round like you normally would instead.

That being noted, it’s still going to generally be a better idea to use a I point to gain an extra attack during a flurry of blows in most circumstances. Once you hit 9th level, you gain reflexive shot in place of improved evasion, which allows you to make your attacks of opportunity with your bow.

You can still take the Snap Shot line of feats to capitalize on attacks of opportunity as you would with any other ranged weapon, though. You can also, if you take Stunning Fist, use your bow along with that feat, which gives you some nice ranged lockdown potential.

When it comes down to it, many of your ability substitutions serve to make you function more like a traditional archer, so despite the guide (and the archetype’s) length, if you’re familiar with the way archery works in Pathfinder, the zen archer isn’t anything particularly revolutionary. This build is pretty standard and sets you up to take the Snap Shot line of feats at higher levels as a way to get more arrows landing in your opponents.

To better prepare for Combat Reflexes down the line (and to make levels 1 and 2 less painful) this build has a higher Dexterity. You probably don’t want more than a 14 or so, so if you have a higher point buy total or good rolls, I recommend focusing on Strength for your composite longbow.

This leaves you free to try other things like having a secondary melee style or maybe even item crafting via Master Craftsman. A venomous python and his archer companion search for huggable friends in the jungle.

The archer, a classic build in Dungeons & Dragons, gets less respect than a Rodney Dangerfield bit from 1978. The ranged combat expert from the oldest living tabletop RPG is a finicky build at best, and is a madhouse of stacked abilities and cross classing at worst.

Maxing out your Dexterity and Charisma when you buy your ability scores is the only way to get this arcane archer off the starting line. The big turn of this class and the opening of the build doesn't come until level 10 of Bard when you will take magical secrets, allowing you to take any spell of any other class from 5th level or below and add it to your spells known list.

Taking the Swift Quiver spell at this stage of play gives you the opportunity to make two extra attacks as a bonus action. Magical support for teammates; buffs, cast haste, healing etc.

The Nerds over at Hierarchy went back to the lab on this one to give you the excellently crafted classic archer. Rounding out the class by choosing bugbear as your character race will boost sneak attacks, and give you a powerful start to this force to be reckoned with.

This entry of our list comes in part from RollingWithAdvantage on YouTube with what they call a Miracle Archer. Using the power of the gods to make extra attacks and cast some spells will set you right for the first 7 levels of your adventures with this miracle worker of a bowman.

Once more from the guys at Hierarchy, this time bringing a different take on an Adventurer's League compliant Wood Elf archer. The Wood Elf variant race gives you proficiency with longbows as a bonus, so if you want to use its racial stats for anything you've seen on this list it would slot in perfectly.

Lucky feat, roll 2d20 for attack actions and take die of your choice The sniper is a low level ranger that is designed to get you started on the right foot for a real trip down the archer's path.

This one is simple to take a few levels in ranger and slap the sharpshooter feat on them, and after that give them one big heavy crossbow, and you've got a long range pain cannon working for your side in the battle against evil. There you have it, folks, five archers that get right to the point and show you how good a bow and arrow really can be.

All it will take is a little of luck, a lot of patience, and maybe a few trips back to the drawing board. Chris arrived fully formed on this earth 5 years ago when a sentient star exploded over the swamps near Texas' Gulf Coast.

I've never played a ranged character that wasn't a full caster, and I can't seem to get started. It's a level 8 party with 15 point buys, and half orc will be the best fit for our world.

I know I've picked kind of a complicated class, but it seems like the most fun choice in a role I've never tried. This aromatic resin, imbued with fragrant oils, is often formed into sticks, cones, or balls and burned in ceremonies or during meditation.

Every time a cleric or other spell caster in Clarion has cast the augury, they burn 25 hours of incense in one minute. This is my favorite new head canon, that even low-level clerics are happy to light up at least $500 of super powerful aromatics in a minute in exchange for a vague hunch.

Some of you might remember the project I put together a few years back called The Armamentarium, which was designed to be a shorthand guide to Pathfinder's wondrous items, unique weapons, and unique armor. Just read about it in The Armamentarium, and it's all boiled down to the most minimalistic mechanical information needed to use the item.

Unfortunately, one of the weaknesses of the guide was that PAIO kept releasing new magical items until Pathfinder 1e sun downed this past August, and I was busy enough with other projects that I didn't return to it...until now. I am still planning to return someday for non-consumable spotless items, but that's a monumental undertaking in its own rite and deserves some uninterrupted time and attention.

If you've enjoyed my guides and would like to help me put out more content, you can always reach me at the Patreon page for All Souls Gaming or right here on Reddit. It's been a wonderful 1,5 years since I started playing Pathfinder with my local playgroup.

We started playing a home brew campaign I myself made but quickly became aware I was too inexperienced and had not enough time to prepare for a weekly session. A PC in our group with more RPG experience decided to step up and say he wanted to GM and take over the campaign.

This was one of the best decisions to this date because he made a wonderful and adventurous campaign that will last forever in my mind. The time and effort our GM put into this game is worth more than money can buy.

We discussed the Pit Fighter prestige class and Performing Combatant to get it to work at all. Builds which can intimidate the entire battlefield were discussed, with a few variations on class.

My personal favorite probably because it relies on a surprising interaction, is the build which uses Mocking Dance, a performance feat that lets you move as a swift action. The promised flavor was a martial wildshaper but originally it just didn't seem to hit the shifting focus everyone wanted.

It was locked into limited forms, its claws were weak and not very adaptable to specific builds, and progressed slowly. It was a weird druid / monk combo in terms of mechanics, making it quite MAD.

But then there were other things, such as being able to choose between claws or different natural attacks based on your animal aspect, available to Vanilla. Can trips, Shuriken, Sniping,Site-bound Curse, Warden Ranger, Caustic Slur, Vow of Poverty, Poisons,Counterspelling, Drake Companions, Scroll Master, Traps, Kobolds, Blood Alchemist, Drugs, Performance Combat.

For anyone not aware, Mystic Past Life is an alternate racial ability for Samsara. You add a number of spells equal to 1 + your spell casting class’s key ability score bonus (Wisdom for clerics, and so on).

You don't need the extra bells and whistles of a full animal companion, such as scaling BAD, extra feats, ability score boosts, multi attack, and so on. You just want your mount to carry you around and survive your average adventuring day, independently of your class features.

Ogham is a written form of Old Irish that consists of straight lines that could be easily carved into wood or stone with even the crudest of knives or chisels. Should be good for either “less civilized” groups (such as Orcs or the Shanty) or creatures that have claws to mark with directly (like Dragons).

So in short terms, my character is one of a series of experimental construct warriors made by an Inevitable. As part of the experiment, a blank slate and empty intelligence was planted into each unit, allowing each to grow completely based on their surroundings where they are placed in the material plane.