“Blackbird Close” is a powerful Counter Trap Card that at the cost of sending a face-up “Blacking” Monster from the Field to the Graveyard, can negate a Monster effect and destroy it. Then, it allows the player to Special Summon a “Black-Winged Dragon” from the Extra Deck to replace it. 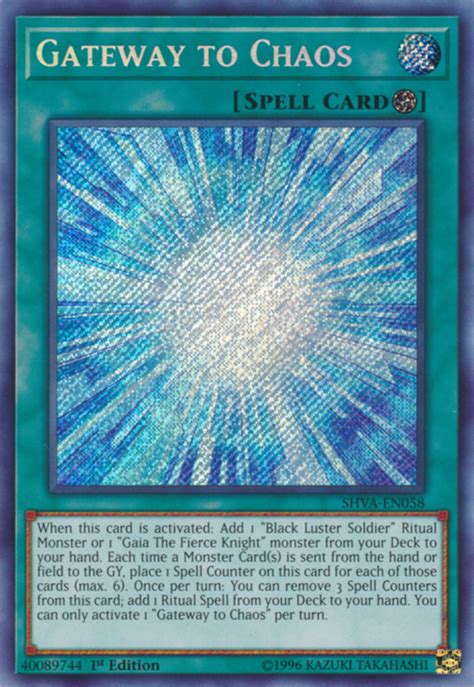 This means it is able to be used like a Quick Effect Spell that can be used from the Hand on both players' turn. It will negate the activation of the opponent's Monster, Spell, and Trap Card effects in the entire chain.

Not just that, rather than destroying them they are shuffled back into the Deck, the best form of removal in the game. The only reason “Tachyon Transmigration” isn't at the top of the list is that the “Galaxy-Eyes” Archetype isn't very good, which is why the card has never been an issue for the meta game.

“Debunk” is a generically usable Counter Trap Card that can be used when a Monster effect is activated in the Hand or the Graveyard. The way it handles negated Monsters is what makes “Debunk” a great card.

The ability that “Dark Bribe” has to negate a key card is more than enough to make the trade-off worth it. Unlike other Counter Trap cards, “Dark Bribe” doesn't have a steep cost as there's no requirement in Life Points or usage of the player's own Monsters.

When the opponent activates a Trap Card, “Wiretap” will negate it and shuffle it back into the Deck. Not only is the card searchable, but it also includes a Graveyard effect to use after it negates on the Field. 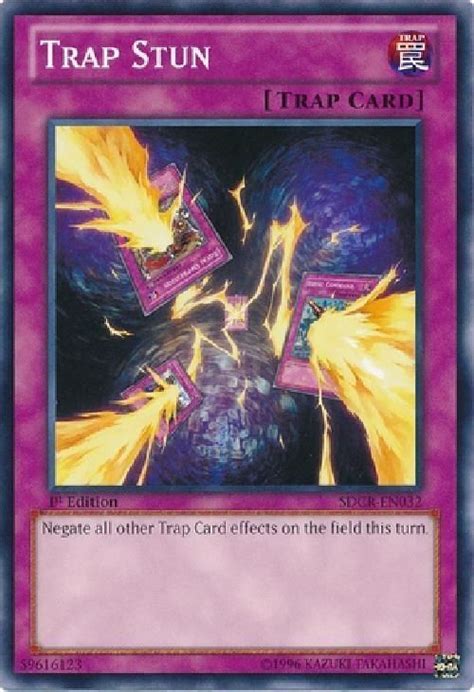 To activate, the player simply needs to control a “Salamangreat” Link Monster. “Salamangreat Roar” is can negate and destroy a Spell, Trap, or Monster effect.

What makes “Salamangreat Roar” so good is how easy it is to recycle. It will Banish itself on its second usage, but it's incredibly easy for “Salamangreat” Decks to get access to multiple copies of it.

The reason this is so good is that this can completely shut down Control Decks that rely on their Trap Cards for an easy OK (one-turn kill). “Solemn Judgement” was one of the earliest Counter Trap Cards ever printed, entering into the game in the second-ever set.

At the cost of half the player's Life Points, “Solemn Judgement” can negate the activation of a Spell or Trap Card or the Summon of any Monster. It is always live, as the player can always pay half their Life Points, unlike other “Solemn” cards which is what makes it the best one. 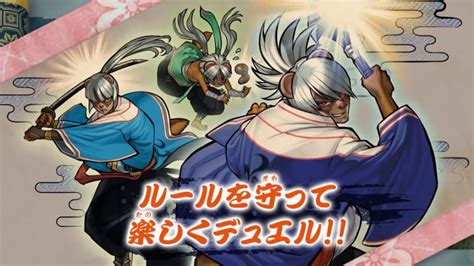 Having worked many odd jobs, including article writing, he is now a list writer for TheGamer.com. The term “hand trap” is quite possibly one of the strangest to appear in the game over recent years.

These cards have taken up popularity in the last four years because players don’t have to set them, meaning they can avoid all the spell/trap removal that’s become so prevalent as the game has grown. Every format of the game changes the viability of hand traps, with some improving and others falling off.

The recent ban list has nerfed decks that didn't care for hand traps, and have put them into the meta game once again. Since Called By The Grave is limited as well, hand traps are as strong as they've ever been.

Skull Master can discard itself from the hand to negate any card effect that's activated in the opponent's Graveyard. This isn't limited to monsters either, meaning it can negate spell and trap cards with Graveyard effects as well.

Skull Master is incredibly versatile and has been in and out of the meta for years, depending on how many Graveyard heavy decks are in it. The Gold Sarcophagus Tin was a game-changer when it was released, with three world premiere cards coming into the game. 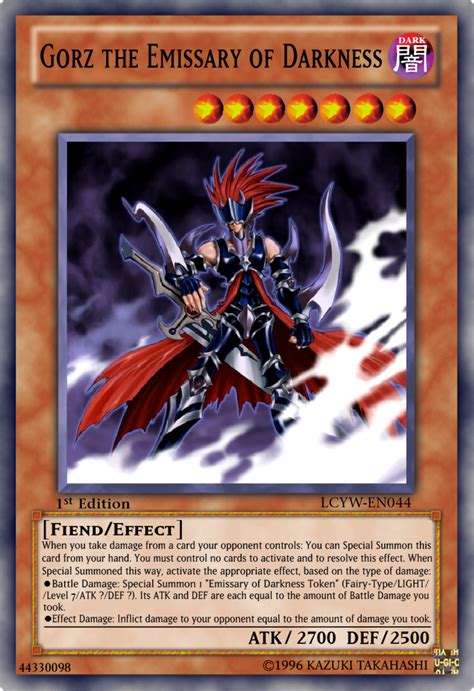 Dimension Shifter was one of these, though overshadowed by Bird, The Primal Being and Dark Ruler No More. If the opponent's deck relies on cards to get in the Graveyard, this can put a complete halt on their turn.

Fantastical Dragon Phantasmal has been in and out of the meta game since its release in 2019's Savage Strike set. Ghost Belle & Haunted Mansion is a hand trap that is often forgotten, and one of the most underrated ones in the game.

Nonetheless, this can shut down plenty of strategies that rely on summoning monsters from out the Graveyard, something that's very common in the current game. Crow has actually been around for longer than all the Extra Deck shenanigans which turned it into such a prevalent card.

In certain formats starting with the XYZ Era, there was a time when this was an absolute must-have at three copies. What made it fall out of favor was being unusable at any point other than the opponent’s main phase, meaning it couldn’t stop effects that activated during the player’s turn.

The easiest way to shut down opponents that rely on banishing to make their deck work, like Cosmos and Inferno ids. It can simply be tribute from the hand (or face-up field) to stop both players from banishing cards for the turn.

Droll & Lock Bird activates when the opponent adds a card from the main deck to the hand outside the draw phase. By sending it to the grave, the opponent has to stop adding cards to their hand for the remainder of the turn, locking them out of any neat combos they had planned.

Its special summoned itself and Psy-Frame Driver for doing so, giving the player some instantaneous board presence and access to Psy-Framelord Omega. Ghost Ogre does not negate, but rather sends itself from the hand or the field to the grave to destroy a monster, spell, or trap card after it activates its effect.

An important distinction, though the card remains $3 despite six different reprints aside from the original version. Yes, this is supposed to be a “real” trap, but it can be activated from the hand so it absolutely still counts.

Infinite Impermanence targets one monster on the field the opponent controls and negates its effect until the end of the turn. When set it also has a bonus effect of negating spell and trap effects of any spell/trap cards activated in the same column, essentially rendering that zone useless for the remainder of the turn.

It’s no wonder that no matter how many times they reprint her, her price still won’t drop below six dollars a copy. One of Yu-Gi-Oh's best features are its tide-turning traps, a unique type of card that must first be set onto the field, and you have to wait until at least the next turn before activating them. 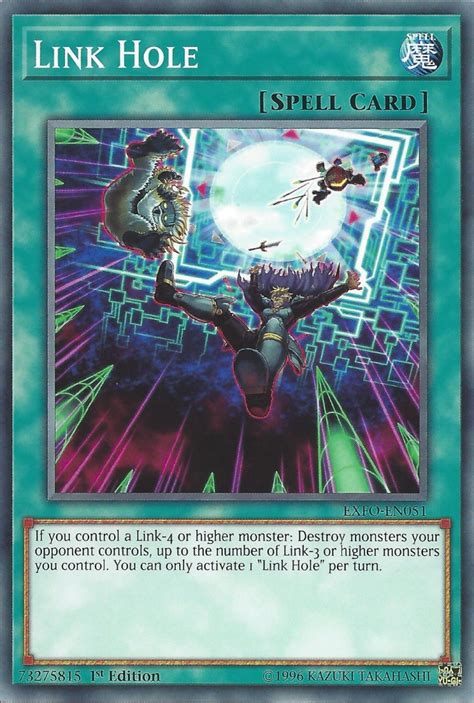 However, traps compensate for this delay with a variety of powerful effects, many of which focus on decrementing your opponent with fierce rebuffs or removals. The negation is useful for nullifying entrance abilities like that of Trisha, Dragon of the Ice Barrier, and the destruction will then eliminate the unit.

Even if you're not supporting the Trap Hole series with their Matrix monster brethren, Void offers a useful snag that completely shuts down and removes an incoming threat. Similar to Void Trap Hole, Black Horn of Heaven negates and destroys a monster that was just special summoned to the field.

That extra ATK works well for any beat stick, but is particularly useful on cards like Odd-Eyes Pendulum Dragon, who inflicts double the usual battle damage to your opponent, or Blue-Eyes Chaos Max Dragon, who inflicts piercing damage to defense position foes (and thus can't be hidden from). A criminally underestimated trap, Robbin' Goblin also serves as one of the game's best forced discards for your opponent.

The fact that the discard is randomized, disallowing your opponent to select what they lose, adds icing to cake and cements Goblin as one of the game's best original traps. Some archetypes, like Monarch or Uniform, heavily rely on tribute summoning, and others not so much, but rarely do you face a deck that uses absolutely no sacrifice-needing monsters.

At that point, you destroy as many face-up opposing attack position monsters as possible as well as inflict 1000 effect damage to your opponent. Essentially, this is Mirror Force but with that handy extra 1000 burn damage, although its activation window is limited to a specific type of enemy. 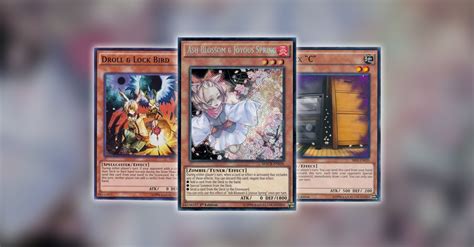 Lost Wind offers a similar yet weaker effect than Void Trap Hole or Black Horn of Heaven, but it can ultimately be used twice. You target a face-up special summoned monster and both halve its ATK and negate its effects, two huge rebuffs that'll really dampen any unit.

Then, when your opponent special summons from their extra deck while Lost Wind is in the graveyard, you can set it (it'll now be banished when it leaves the field), letting you use its powers once more! If you had puny minions like Scapegoat sheep tokens, and they had aces such as Firewall Dragon or Gish Zielgigas, you've eliminated opposing threats and simultaneously stocked your field with powerful behemoths.

Evenly Matched breaks the trend by activating at the end of the battle phase, meaning it's risky since your life points will need to survive through the assault. As if that weren't enough, you can also activate Evenly Matched from your hand if you don't control any cards, letting you catch foes off-guard and shield it from removals.

I won't lie, Evenly Matched is one of the pricier cards, costing a few dozen bucks, but if you're looking to get into competitive dueling, chances are you'll want at least one of these handy. I've used it to great effect myself, and of this writing, the card is surprisingly legal (not even restricted), meaning now's a good time to exploits its awesome powers.