With some Spells, the advantage it gives its caster are obvious; others add more subtle influences to the game, and then some only boost certain archetypes. Whatever your taste of Spell, the following list, set in no particular order, highlights the game’s best cards cast in light blue. 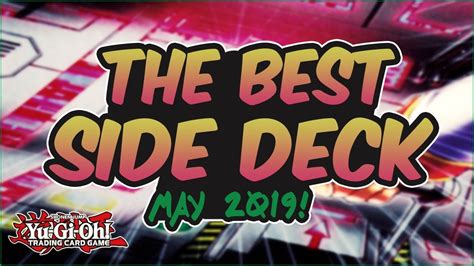 The Spell Strikers are, without a doubt, one of the strongest and unique decks the Yugo TCG has seen in a long time. A pure build can outlast even the strongest meta-decks, and only three monsters are needed for it to run.

Hornet Drones maneuvering its way as a vital card in a top tier deck and being a debatable staple in any Link deck earns a solid spot among the best Spell cards. But seriously, Twin Twisters became the new staple of Spell and Trap destruction not only because of it targeting two cards as opposed to one, but also the cost allows a setup for any Graveyard-reliant deck.

When a card replaces previous staples and changes the way players approach the game, you know it’s made it big. Slapping the face of Spell-Shattering Arrow and Twin-Twisters, Pendulum Call grants immortality the premier turn your Pendulum-Magicians get played, in addition to searching for two of them.

This card enabling a free Pendulum summon the turn its activated gives it a greater fear-factor than Obedience Schooled, and there was nothing scarier than beast-monsters able to gang together before rolling-over, playing fetch, and picking up the bones of their enemies as sticks. Yeah, magicians spawning armies of monsters from the sky is definitely scarier.

The writer will give a Yugo hub topic to the first person who can successfully answer this question with a link. You know what, even if Soul Charge wasn’t banned, this Egyptian symbol for life would still be number UN. 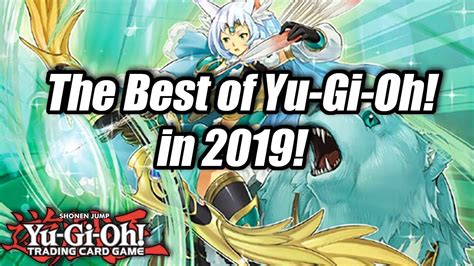 You can still attack, you don’t need life points in the bank, just good, old-fashioned, instant revival. Welcome to the TCG side of the dueling world, my friend, where the Cosmos attack loop you infinitely and your monsters’ immortality effects don’t mean squat before giant Japanese monsters.

This card deals with the latter rather the former, and provides more support for Godzilla’s roommates than Dr. Doom backed by Darth Vader. It’s essentially a Dark Hole that replaces all monsters destroyed with two Kailua, one on each side of the field, but come one.

Judgment Dragon is draining 1000 life points to purge the field, and this guy's loving his front row seat. So many types of draw cards exist in the Yugo TCG, most players would consider it impossible to choose one to stand above the rest, or at least grant each one its own merit for what it does for its respective archetype.

Aborting a Light sworn to the grave fuels Judgment Dragon’s rage, drawing gives one hand advantage, and sending cards from the deck to the grave brings its poster dragon even closer to gracing the field and can even bring a Wolf or Felice to one’s defense. You may be netting 0, but no other draw card subtly influences the game like this one, making it the most powerful draw card you’ll laugh at until a gang of self-righteous dragons blow your field away before mauling you for game.

It’s pretty obvious somebody is fanboying hard over the Dark Magician to make every piece of his equipment a card. Jokes aside, Dark Magical Circle is a Spell card you’ll want to take seriously. 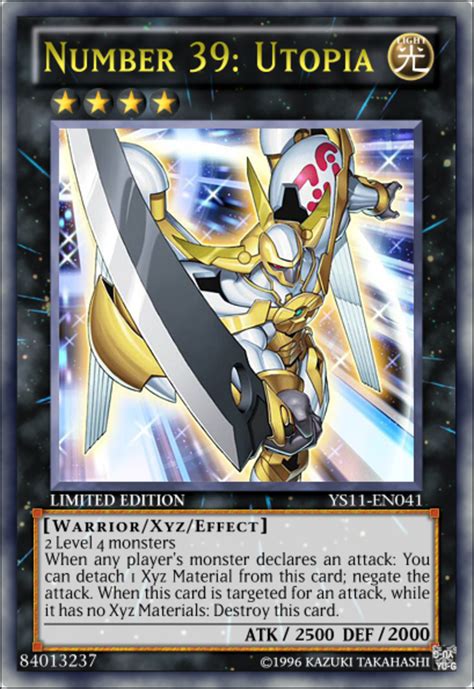 The other effect, arguably the more annoying one, allows one to target and banish a card when a Dark Magician is summoned. Sure, the effect may only be one per turn, but a Dark Magician deck summons its star act more than Pan from Naruto’s Animal Path.

Every move you make, every card you draw, every attack you declare must hang tightly on your tongue with shallow breath, for the dueling world has become in the grip of zombie Louis. They lurk over your Extra Deck with a scythe against your monster’s throat, they sit gloatingly in their haunted mansions and wait for you to rescue one of your fallen brethren from the cold bosom of the Earth, they dance around in the spring and laugh as you attempt to call for reinforcements with a bloody, broken hand, and soon, they’ll sit emotionless, apathetic beside a hellhound, daring you to assemble your army for an assault.

There was no escape from their influence, no safe haven from their control until a green, zombie hand said, “Enough is enough.” Adorned in modern papyrus of blue, the Green Hand created a resistance against the zombie Louis by sealing them and their power before they could halt your advances on their dominion. Beside Rogue Commander Neo Spacial Aqua Dolphin, the war has begun.

Once you see the new king of Field Spells, your primal reaction of dread will be enough proof for its spot on this list. Yeah, it does limit its use with Twin Twister being a thing, which is why I only run one when I need my Worm Zero at 3k for a turn or so.

Last thing I should mention on why I find Twin Twister better compared to Regard: Simply put, that card is bloody expensive, and for my deck isn't worth running due to the IRL price tag. So I found a way cheaper substitute that has the same effect but is seen as a double edge sword: Dark Hole. 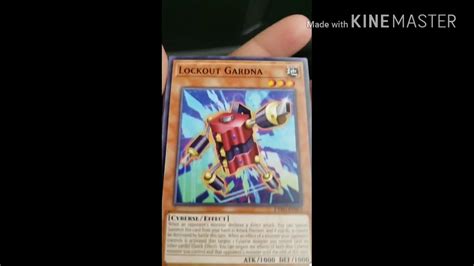 I personally don't mind if my cards get sent to the graveyard along with my opponents, usually it would mean things went south and playing it would be a life or death situation. Once again, it can also help my deck since I'll have more units in my graveyard to special summon or banish via other cards effects on the field.

As for what you mentioned in your rant, well yeah, this game isn't perfect as it has it shares of power creeps or cards that outclasses others, but I don't let that get to me since I was happy to put together a deck on the fly which I was familiar with. Not gonna change my deck anytime soon tho for budget reasons, tho the Link monster could be handy from time to time, so I might as well throw those in if I'm to stay relevant.

I mean, we have Spirals that search like they're playing the National Championship for Where's Waldo, the True Draco's that are immune to everything, and don't even get me started on the Odd-Eyes... To me the card wasn't that broken, considering today's meta. I agree Twin Twisters is an amazing card that can serve multiple functions.

Definitely a winner in my book, and Burial from a Different Dimension has a seen a lot of play in Zombies lately. Like what Jeremy spoked in class today, Future Fusion and Swords of Revealing Light are nice honorable mentions, I'm so glad FF is no longer banned, it helps in my Worm deck when I need to call Worm Zero, getting 6 different Worm Reptile monsters as Fusion material is next to impossible if I want to have his skill to have a free draw.

But in my opinion, Twin Twister is hands down the best for me, it's like the Spell version of Offering to the Snake Deity (For Spell/Trap cards only tho). And Burial of the Different Dimension is quite good, helping me to fish back important cards like Worm King or recycling my fodders for Zero or Tentacle. 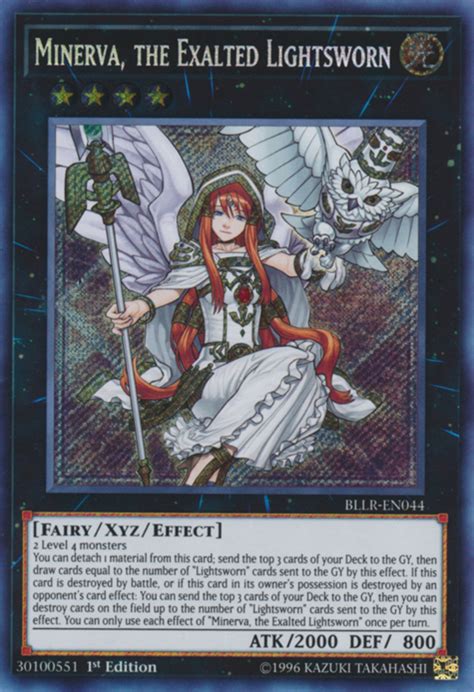 Ultimate defense: Yeah, Rieger is more annoying than accidentally touching an ungrounded refrigerator and an oven (it... really hurts), but one word describes why they returned it to limited while semi limiting Dark Hole: Pendulums. Even with quicker negates out, Avian is still my favorite card, so I'd hate to give up on him so easily.

Haha, after reading your comment about Avian's declining use, I tried to see if I could salvage him in some deck. I think maybe I found a winner; the trick is it's mostly a Pendulum deck; Avian is the only Mist Valley card in it.

I tend to be a go-with-the-flow type of guy, so when Pendulums came on the scene, I was like, “Well, this is a new mechanic in the game, it's here to stay, so let's see how I can use it to my advantage.” So, yeah, you could say I like Pendulums, especially since INAMI is improving other mechanics alongside them (Synchros, Fusions, Monarchs, Cosmos...lol).

Stargazer and Time gazer along with Pendulum Call worked well... but I gave up on making a good Avian deck. The problem isn't getting Big Bird, mind you, it's getting Mist Valley Thunderbird to the hand.

I used to run a Mist Valley deck, so you can only imagine the lovely shenanigans I got into with that card. Gold Sarcophagus and One Day of Peace come to mind, and of course Swords of Revealing Light. 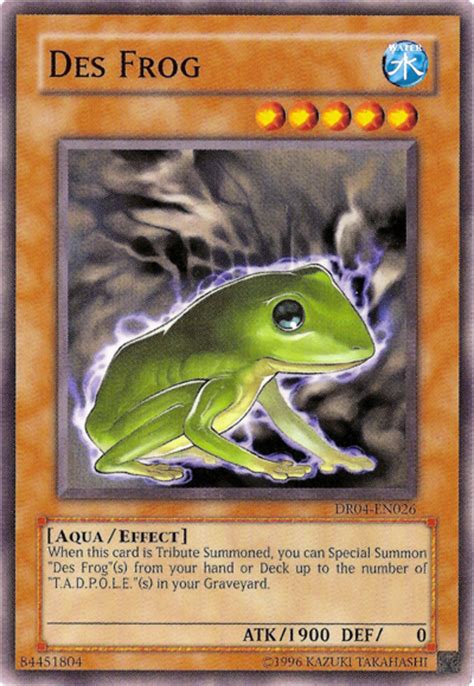 Meanwhile, you'll be casting powerful link monsters like “Trickster Holly Angel” and “Topological Brisbane” to exploit their vulnerability. They emphasize tribute summons and let you sacrifice continuous spells and traps in addition to monsters, ensuring you always have fodder for your aces.

The former option provides today's cheapest deck list, making it a great choice for budget duelists who still want a competitive theme. From Odd-Eyes to Performances to Supreme Kings, the pendulum Magicians offer many routes to develop their theme, keeping your opponent guessing even once they see your initial cards.

They generally remain independent of other archetypes and utilize impressive swarming capabilities to summon link monsters rapidly. Additionally, they place nets like “Secret Village of the Spell casters” and “Rivalry of Warlords” to ensnare your foe, leaving them helpless to counter your tactics.

It's as simple as that; for a devoted spell caster theme that emphasizes binding your opponent over sheer power, you'll find few better than the Poltergeists. Louis often ally with Danger, Phantom Knight, and Neo Spacial cards, making their main deck members unpredictable.

These decks focus on link monsters, both summoning powerful aces and placing GUI materials into the graveyard (which activates their search effects), and they offer several battle damage traits to maximize your martial prowess. At a glance, the builds sometimes look like haphazard messes, but they form surprisingly competent smorgasbords that blend the best elements of several strategies. 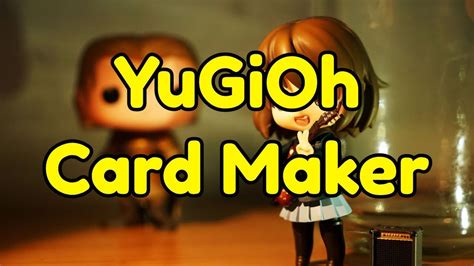 Since many rely on not controlling spells/traps, Abyss decks are almost exclusively made of monsters, and they don't contain many duplicates, letting you access powerful cards like “Orbital Hydra lander” that reward you for diversifying your theme. As icing on the cake, Abyss units aren't especially reliant on the extra deck, making them surprisingly affordable for such a competitive structure.

For instance, Colossus prevents them from adding cards to their hand except by drawing, a brutal snare that completely shuts down most searches. Thanks to the light and dark attributes of Thunder Dragon beasts, you can banish them from your graveyard to summon the powerful Chaos monsters, and they also mesh well with the Danger cards.

Additionally, the Sky Striker monsters are easily summoned (their numerous link units only need one material), and they're adept at swarming. Remember, in addition to today's list, archetypes like Cyber, SPIRAL, and Mekk-Knight still see usage and are worth considering (especially in terms of value).

And with the top decks website and ban lists continuously updating, we'll be back before long to tackle a whole new set of top-tier decks. Still, change is good, preventing a single theme from stagnating at the top and allowing new cards a chance in the spotlight.