Fans of Hamburgers will now have the opportunity to grill up a delicious burger with friends and family at their own home. They’re simple to throw together, are built to customize and even the pickiest eaters will devour them.

Taste of home Step 1: Shape the Patties To start, preheat your oven to 350 °F. Add your beef to a large bowl and gently break up the meat with your hands.

Use your thumb to press a divot into the middle of each patty to prevent them from shrinking while they cook. Place your patties on a plate and pop them in the fridge, covered, until your oven has come up to temperature.

Editor’s tip: It might be tempting to add the salt and pepper to the beef before shaping the patties, hold off! Once your oven has reached 350 °F, lightly grease a baking sheet with butter or oil.

Pull your burgers out of the fridge and generously season each side of the patties with salt and pepper. Then, place the patties on the greased baking sheet, making sure that they aren’t touching.

If you’re making cheeseburgers, add a slice of cheese to each patty in the last minute of cooking. For those who want to meal prep a few burgers, freezing uncooked patties is a great option. 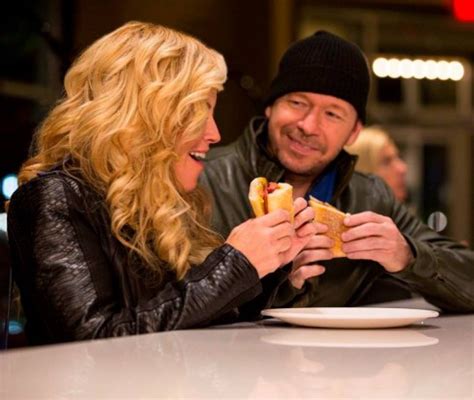 Then, place the raw burger on a plastic wrap- or parchment paper-lined baking sheet, wrap and freeze until the patties are firm. Here’s more on how long you can freeze ground beef and tips for keeping it fresher for longer.

Baked burgers are a great, nearly hands-off cooking method that won’t fill your kitchen with the smell of frying beef. In fact, creating a dimple is one of the top burger tips we got from a restaurant chef.

Use the same ingredient proportions and directions as listed above, but slightly change the cooking times and temperatures. For a chickpea burger, bake the patties at 350 °F until the center reaches 160 °F, about 10 to 15 minutes.

With Wall Sauce hitting retail store shelves, that craving can be satisfied any day of the week. While people might not see Chef Paul Wartburg cooking in the kitchen, the Wartburg brothers (Paul, Mark and Donnie) have created a successful restaurant brand.

From those iconic burgers to savory sides, there is an option that brings everyone back time and again. Hamburgers at Home launched a collection of proprietary beef blend to retail stores.

While it is delicious on burgers, it is equally tasty on tater tots, chicken sandwiches and a variety of other food options. While Chef Paul will never (nor should he ever) reveal the exact ingredients in his signature Wall Sauce, the flavors are a combination of ketchup, mayonnaise, sriracha, sautéed onions and parsley.

While the home cook might want to smother a dish in this sauce, it is better as a drizzle or even as a dip (like for tater tots or French fries). To kick off this product launch, the Wall Sauce will be available at Jewel-Osco, Acme Markets and Humvee.

Place the patties down on a Flat Top or BBQ grill and cook for 2 ½ minutes. Flip the patties on the grill for an additional 2 ½ minutes, season with salt and pepper.

Add 2 slices of crispy bacon crisscrossed on top of the caramelized onions. Spread 1 oz of homemade mustard sauce on the pickled side of toasted bread.

Remove burgers from the grill and place on bread slices with the pickles and homemade mustard sauce. Place remaining slices on top, cut in diagonal, and serve with chips or fries.

Donnie Weinberg appeared on the Rachael Ray Show Friday to co-host an episode completely dedicated to burgers and to teach audiences how to make “Our Burger” from Hamburgers. Since Donnie himself isn’t a chef, he did what he and brother Mark Wahlberg have always done, which is credit their older brother, Chef Paul, as the “most talented one in the family.” Paul, who runs both the Hamburgers in Gingham and the family’s neighboring restaurant, Alma Love, supplied Donnie with the recipe that was demo-ed on Rachael Ray.

A few months ago it seemed the whole Boston universe was a buzz with the news that Donnie and Mary Mark's brother, Paul, was going to open his second restaurant in the Gingham Shipyard, a burger joint called Hamburgers. I totally bought into the hype and could not wait to make the trip down 93 to experience Hamburgers for myself.

One week went by, then two, then three and eventually I found myself months out from the opening without an adventure planned. And I planned to have lunch at Hamburgers with two friends (and one of the girl's seven-year-old twins!).

Between all five of us we strategized an order that maximized our ability to taste the most menu items. After placing our order, the manager helped us find a booth in the general seating area. 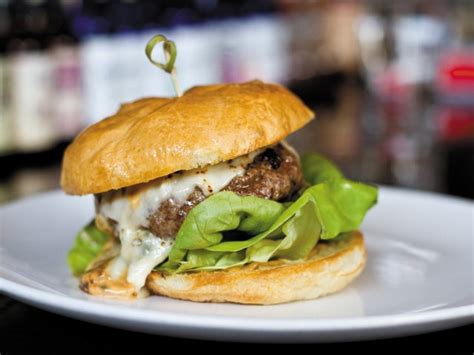 From our booth we had a great view of the back wall, which tells the story of the Weinberg family. Hanging from the ceiling are incredibly cool, black and white pieces that have the names of all the brothers' albums, movies and TV shows.

One of the twins also ordered that burger and gobbled it right up (even with a missing front tooth! Two of the ladies ordered the grilled cheese sandwich, and they added tomato.

One said the sandwich was a great comfort food staple, but the bread was overly buttered. They were a slightly thicker version of McDonald's fries, the ultimate compliment.

I ordered the vegetarian choice which was a portabello mushroom “burger” topped with caramelized onions, melted cheese and the Hamburgers secret sauce. On most menus the veggie burger is a last minute addition (translation = obligation) and is usually underwhelming.

While the tots were quite good, the star of the entire meal was the onion rings. They were very thinly sliced red onions, breaded just right and fried to perfection. 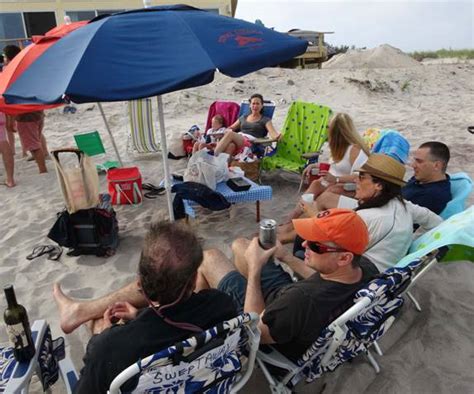 Serve with a fork or eat with your fingers if you dare, these fries are a cult favorite! Kenji’s delicious recipe for the Double Animal-Style Cheeseburger was such a spot on hit, I’ve carried it through to the next day to recreate the Animal Style French Fries to accompany it. The result is a more crispy french fry that doesn’t immediately get soggy under the weight of its toppings.

Keep the sliced potatoes in a bowl of cold water while you prepare the rest of the ingredients. Reduce heat to medium low, and cook, tossing and stirring occasionally until onions are well browned, about 15 minutes.

Once onions begin to sizzle heavily and appear dry, add 1 tablespoon water to skillet and stir. Repeat process, adding 1 tablespoon of water with each iteration until onions are melting soft and dark brown, about 3 times total.

Keep the sliced potatoes in a bowl of cold water while you prepare the rest of the ingredients. Reduce heat to medium low, and cook, tossing and stirring occasionally until onions are well browned, about 15 minutes.

Once onions begin to sizzle heavily and appear dry, add 1 tablespoon water to skillet and stir. Repeat process, adding 1 tablespoon of water with each iteration until onions are melting soft and dark brown, about 3 times total. 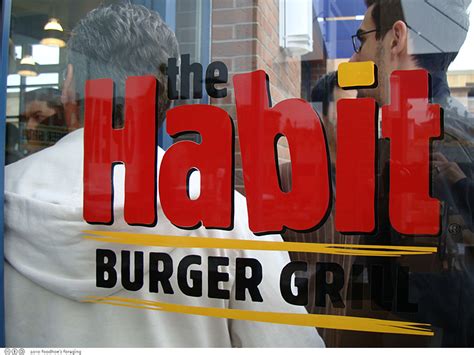 She creates all the recipes here on Dinner, then Dessert, fueled in no small part by her love for bacon. FacebookPinEmail Dinner, then Dessert, Inc. owns the copyright on all images and text and does not allow for its original recipes and pictures to be reproduced anywhere other than at this site unless authorization is given.