Hosted by Lillian Cunningham, Presidential features Pulitzer Prize-winning historians like David McCullough and journalists like Bob Woodward. We look at the 2020 election to understand what happened, what it tells us about our country, and what to expect next, in a miniseries podcast that draws on the experience and expertise of The Post’s political reporting staff.

Dig into the nuclear arms race of the Cold War, the transformation of American society and politics, and even the birth of science fiction, to unearth what really drove us to the moon. Join host Lillian Cunningham for a story that has so much to reveal about America -- and about being human.

With the writing of the Constitution in 1787, the framers set out a young nation's highest ideals. Lillian Cunningham hosts this follow-up to the popular “Presidential” podcast, exploring the Constitution and the people who framed and reframed it.

Get it weekday mornings on your Amazon Echo, Google Home or favorite podcast app. A podcast guide to “The Vietnam War,” the new documentary from Ken Burns and Lynn Novice.

Listen after each episode of “The Vietnam War” for a new perspective on how the film was made and what it all means. Retro pod is a show for history lovers, featuring stories about the past, rediscovered. 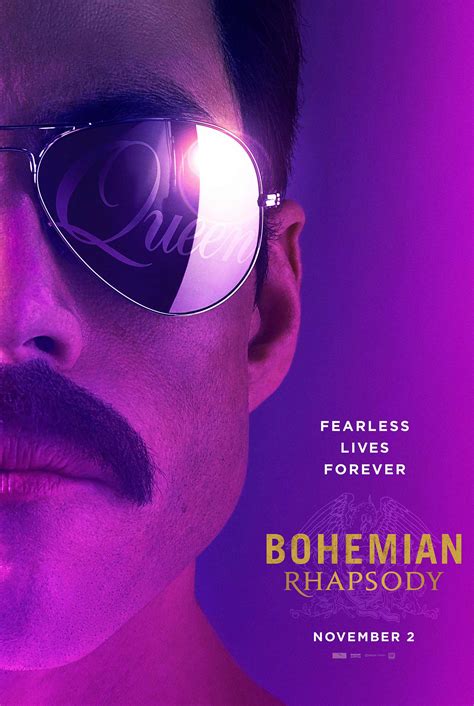 Host Alex Loughlin shares her own stories and interviews multiracial people about what their racial identities mean to them. Five episodes, five themes and a bunch of stories to make you think about what it means to be an American.

An eight-episode miniseries that brings black history to life through personal heirlooms and their stories. The newsroom's live journalism platform, where top-level government officials, business leaders, cultural influencers and emerging voices discuss the most pressing issues driving the news cycle nationally and across the globe.

Martine Powers is your host, asking the questions you didn’t know you wanted to be answered. “Can He Do That?” is The WashingtonPost’s politics podcast, exploring the powers and limitations of the American presidency, and what happens when they're tested.

Led by host Allison Michael's, each episode asks a new question about this extraordinary moment in American history and answers with insight into how our government works, how to understand ongoing events, and the implications when branches of government collide. A podcast from Washington Post Live, the newsroom’s live journalism platform, where top-level government officials, business leaders, cultural influencers and emerging voices discuss the most pressing issues driving the news cycle nationally and across the globe.

From prisons to protests, immigration to the environment, Peabody Award-winning Reveal goes deep into the pressing issues of our times. The Atlantic says “the experience of each episode is akin to a spoonful of sugar, even when it’s telling a story about Richard Spencer’s cotton farms or a man’s final days as a heroin addict.” Reveal is a project of The Center for Investigative Reporting and is co-produced with PRO.

The show is hosted by Al Lesson and partners with reporters and newsrooms AR ... A weekly discussion of national security and foreign policy matters hosted by Shane Harris of the Washington Post and featuring Brookings scholars Tamara Conman Witted, Benjamin Witted, and Susan Hennessy.

Every weekday morning, political correspondent James Johann brings you an insider’s view of the biggest stories of the moment. Opinion writer Jonathan Cape hart talks with newsmakers who challenge your ideas on politics, and explore how race, religion, age, gender and cultural identity are redrawing the lines that both divide and unite America.

Janet is a respected parenting adviser, author, and consultant whose website (JanetLansbury.com) is visited by millions of readers annually. Her work informs, inspires, and supports caregivers of infants and toddlers across the globe, helping to create relationships of respect, trust, and love.

Her best -selling books “No Bad Kids: Toddler Discipline without Shame” and “Elevating Chi ... The story we learn starts with Sputnik, then President Kennedy’s challenge, and ends with triumph: an American flag on the lunar surface. 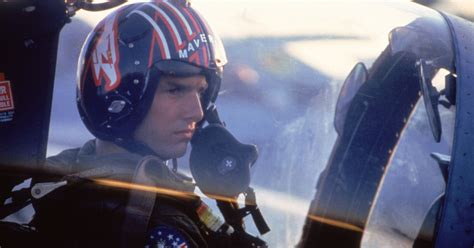 Pizza serves up monologues and interviews with creative powerhouses like Joseph Gordon-Levitt, Rabbi Jacobson and Morgan Harper Nichols that are chocked to the brim with creative performance hacks and fresh marketing tactics. Created and narrated by Dr. Brian Klaus, a political scientist and columnist for The Washington Post.

As part of The WashingtonPost's coverage of the Smithsonian's new National Museum of African American History and Culture, people submitted dozens of objects that make up their own lived experiences of black history, creating a “people's museum” of personal objects, family photos and more. The Historically Black podcast brings those objects and their stories to life through interviews, archival sound and music.

This podcast, hosted by Arthur's daughter, and business partner, Pauline Fromm er, gives listeners the low down on what's happening in the world of travel today. Each week, Cast will feature interviews and programs with ex-spies, intelligence experts, and espionage scholars. 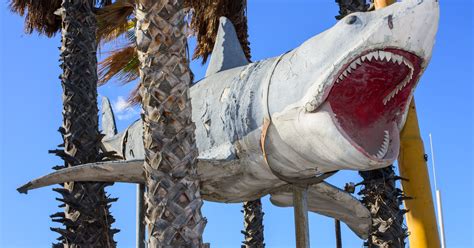 The International Spy Museum in Washington, DC is home to the world's la ... It's an opportunity to step into the shoes of the most respected journalists, directors and media executives.

This seven-part investigative series from The Washington Post follows the Alabama woman’s decision to come forward with a claim of sexual assault against a high-ranking figure in the D.C. criminal justice system, and the spiraling effects of that choice. At Home With the Creative Coalition brings you intimate portraits, key moments of discovery, and “art and soul” with exciting and thought-provoking interviews with iconic personalities from the entertainment industry, from the boardroom to the big screen, from LA to DC.

Join us (and some awesome celebrity guests) for candid parenting culture discussions, non-judgy (mostly) tips, and a good dose of humor, if we've had enough coffee. Named a top podcast by The Washington Post, Mental Floss, Business Insider and Fatherly ...

Backed by a master’s degree and more than a half a decade studying neuroscience and psychology, she helps women dissolve limiting beliefs, discover their worth and create the lives they desire. Long before COVID-19, Dr. Ashish JMA was an internationally respected expert on pandemic response and preparedness. 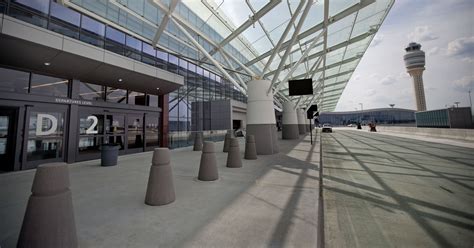 The Warp World Podcast gives you a weekly update regarding the latest trend of video games, streaming and technology. GrandPOOBear is a full time Twice streamer, YouTuber and speed runner, best known for his top level Mario gameplay.

He has been featured on news sites such as Kodak, IGN, Forbes Magazine, and Destruction. A podcast guide to “The Vietnam War,” the new documentary from Ken Burns and Lynn Novice.

Washington Post Opinion columnist Alyssa Rosenberg breaks down each episode of the film with Burns and Novice themselves, getting the story behind the stories, and grappling with the lessons the United States learned -- and failed to learn -- in Vietnam and at home. Listen after you watch each episode of “The Vietnam War” for a new perspective on how the film was made and what it all means.

In this post -show episode, host Skye Pillsbury and a special guest break down last week’s interview with podcast critic and creator Will Williams. Independent podcast critic and creator Will Williams joins host Skye Pillsbury to share why she decided to make the kind of work she critiques and what the experience has been like so far.

Will reveals: What it felt like when she decided to create a podcast; How writing some characters in Valence helped her untangle things in her own life; Why… In this post -show episode, host Skye Pillsbury and a special guest discuss what it was like to interview Moon face creator James Kim.

In this post -show episode, host Skye Pillsbury and a special guest discuss what it was like to interview Ear Hustle co-creators Nigel Poor and Argonne Woods. We are holding off on releasing a regular episode today to give ourselves and our audience more time to process what’s happening around the world, to grieve and to honor Black Lives.

We are joined by many fellow podcasters in this effort, which has been named with the Twitter hashtag #PodcastBlackout. Ear Hustle, which was named a finalist for the first Pulitzer Prize for audio reporting this year, tells stories about daily life in San Quentin Prison.

In this post -show episode, host Skye Pillsbury sits down with a special guest to break down what it was like to interview New York Times columnist, Decode founder, and podcast entrepreneur Kara Swisher. In our season two premiere, host Skye Pillsbury sits down with New York Times opinion columnist and Decode founder Kara Swisher to discuss her approach to podcasting. 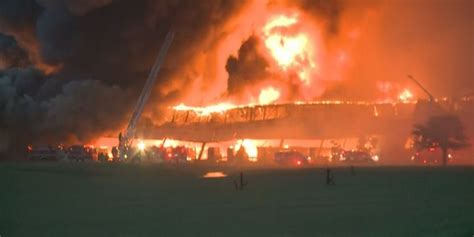 After Jesse jumped from traditional print journalism to LinkedIn, she took on the role of host of the social platform’s podcast Hello Monday. When Skye interviewed Martine in season one, the pair discussed what it’s been like to host her newspaper’s podcast.

Colonies is a show where Ward, who is a humorist and science correspondent, “asks smart people stupid questions and the answers might CIA… In this episode, Skye interviews entrepreneur and angel investor Jason Calamaris.

Jason, who is Skye's boss, also hosts two podcasts, This Week in Startups and Angel. Skye speaks with Madeleine Barn, the host of APM Reports’ award-winning podcast In the Dark.

In this episode, Inside.com managing editor Kim Lyons interviews Inside Podcasting host Skye Pillsbury about what it was like to make this show. His reporting on the “historic uncertainty” surrounding the U.S. and North Korea and the nuclear equation are the subject of this podcast.

In this interview we discuss the changes in the White House structure under new chief of staff John Kelly, the aftermath of Charlottesville, Hurry… The New York Times's David Sanger is part of a team that explained how Russian hackers attempted to play a role in the US presidential election.

This week, the International Committee of the Red Cross (CRC) released its new survey, the “2016 People on War report.” Drawing on the views of 17,000 people in 16 countries, the report provides important insight into how war is perceived around the world. In this episode, The New Yorker's Jill Lenore discusses the huge crisis in American journalism in the aftermath of the presidential election, inaccurate polling, social media impact, fake news, data journalism and democracy.

On the eve of the most unusual presidential election in recent memory, we spoke to Brian Shelter, the host of CNN’s “Reliable Sources” about the “plague of fake news that set out to trick people” and the “blizzard of misinformation” circulating before election day. In this unprecedented election season, or in any, as Bob Schrieffer points out, the WashingtonPost’s Dan Ball is the first political reporter to turn to in order to make sense of what’s going on.

With its portfolio of eight “verticals” or branded websites, including the eponymous Vox.com which adroitly “explains the news,” SB Nation which is the fastest-gro… He created “The Fix,” the widely popular politics weblog that's become an addiction for Washington Post readers.

Utilizing a creative swirl of multimedia, smart reporting and analysis, The Fix is the model for next generation journalism.