Steve McAlister / Getty Images4.2 The museum is a memorial to the millions of Jews who died during the Nazi regime in Germany during World War II. The exhibits tell the horrific story of genocide and teach the dangers of hatred and prejudice. 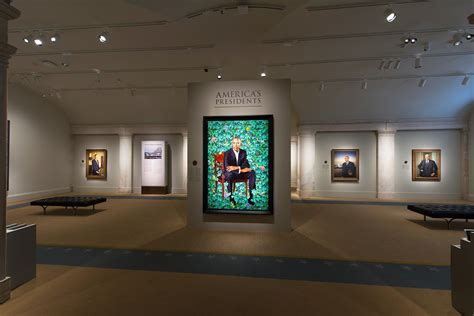 There is a separate exhibit for ages 8 and up that tells the story of the Holocaust through the eyes of a young boy. Visiting Tips: Free Timed Passes are required for the permanent exhibit.

Courtesy of Virginia Tourism Corporation The home of George Washington is often overlooked by visitors because it is located outside the city. The estate is set along the shores of the Potomac River and is the most scenic tourist attraction in the Washington, D.C. area.

The museum and education center features 25 state-of-the-art galleries and theaters that tell the story of Washington's life. See national treasures from Julia Child's kitchen to First Ladies' dresses at this museum that safeguards more than 3 million artifacts.

Visiting Tips: Check out the museum's calendar to find out about any daily programming events. Rent an audio guide to explore the museum's new wing “The Nation We Build Together” with narration from the likes of Madeleine Albright and Colin Powell.

After walking the gallery, head downstairs to the gift shop and Barbara Kruger's installation, which fills the Lower Level lobby. Visiting Tips: Free 45-minute tours are available every daily at 12:30 p.m. and 3:30 p.m. Meet a Gallery Guide at the lobby information desk at that time if you're interested. 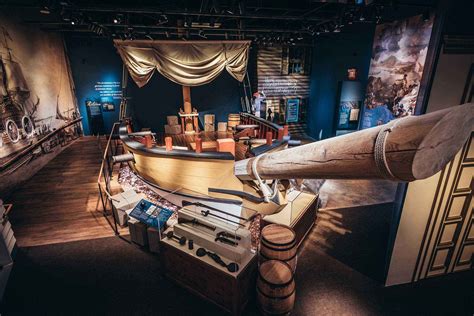 Dupont Circle's The Phillips Collection is not to be missed for art lovers, with pieces by Paul Cézanne, Edgar Degas, Winslow Homer, Georgia O'Keeffe, Pablo Picasso, and Vincent van Gogh. The first Thursday of every month is “Phillips after 5,” a popular event that runs from 5 p.m. to 8:30 p.m. (buy tickets in advance if you can).

Visiting Tips: The museum's acclaimed Miriam Café is a favorite for tourists on the National Mall, where you'll find Native foods like corn troops and fry bread along with modern takes on traditional dishes like buffalo burgers. Robert Alexander/Getty Images Visit the National Archives' Rotunda for the Charters of Freedom, which is home of the Declaration of Independence, Constitution and Bill of Rights.

Visiting Tips: Reservations aren't required to enter the National Archives Museum through the Public Entrance. But the museum strongly suggests making a reservation between March and Labor Day to avoid potentially long lines outside.

Besides portraits of influential Americans, don't miss the serene glass-ceilinged Robert and Arlene Good Courtyard. Robert Alexander/Getty Images Asia meets America is the theme for these two Smithsonian museums on the National Mall.

Visiting Tips: Download the Freer Thinking Audio App, which uses your location on your phone to alert you to museum highlights. Washington, D.C. has dozens of wonderful museums that will appeal to virtually any traveler's interests.

Its main exhibit centers on the state’s history in relation to the Pacific Northwest with a curated selection of artifacts from the Women’s Suffrage, Industrialization period, and Native American Tribes. The museum uses both observational and interactive forms of learning, making it a fun, educational experience for all ages.

Because the Northwest Museum of Arts and Culture is the largest museum in the Inland Northwest region, it hosts an extensive collection of items from the people and culture who occupied, and continue to occupy, the area. Alongside these collections are a number of other American, European, and Asian art and ephemera.

Formerly known as the Experience Music Project (EMP), the MOROP is a pop culture junkie’s slice of heaven. The museum has drawn attention for its infamously wonky architecture, designed by Frank O. Gerry. 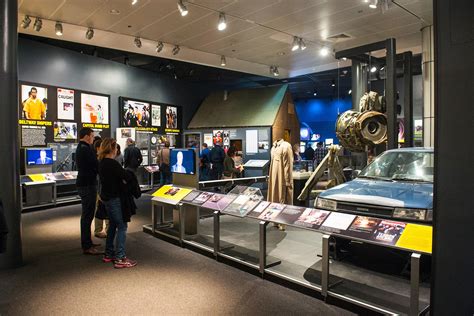 The museum highlights the impact and influences of pop culture on society today by exploring icons such as Kurt Cobain and cult entertainment like Star Trek. From sight to sound to touch, this museum offers its guests a full sensory experience.

With over 175 air and spacecraft, “the Museum of Flight exists to acquire, preserve, and exhibit historically significant air and space artifacts.” As the largest independent, nonprofit air and space museum in the world, the museum carries everything from the restored Amelia Earhart aircraft, the Lockheed Model 10-E Electra, to the world’s first jetliner, DE Mainland Comet. This unique Tacoma, Washington, contemporary art museum established in 2002 was created by the former president of the University of Puget Sound, Dr. Phil Gibbs, and glass-blowing extraordinaire Dale Chiefly.

The museum occupies 75,000 square feet, and its most notable structure is its erect steel cone. The cone houses the glassmaking Hot Shop where students and visitors alike can sit in one of its 145 seats and observe glass-blowing demonstrations put on by one of the museum’s many visiting artists.

His vibrant works hang everywhere from Seattle University to Halcyon Gallery in London. Sitting next to Seattle’s Pacific Science Center in the Lower Queen Anne neighborhood is the Chiefly Garden and Glass, an extravagant, ongoing exhibition that opened in 2012.

These government-run museums are free to visit, and the sheer scope and volume of what they cover could take weeks to explore. Decorated military veterans and others who have served the country are buried here, with famous graves including those of William Howard Taft (the only person to have served as both President of the United States and Chief Justice of the Supreme Court), civil rights leader Edgar Every and General George Patton. 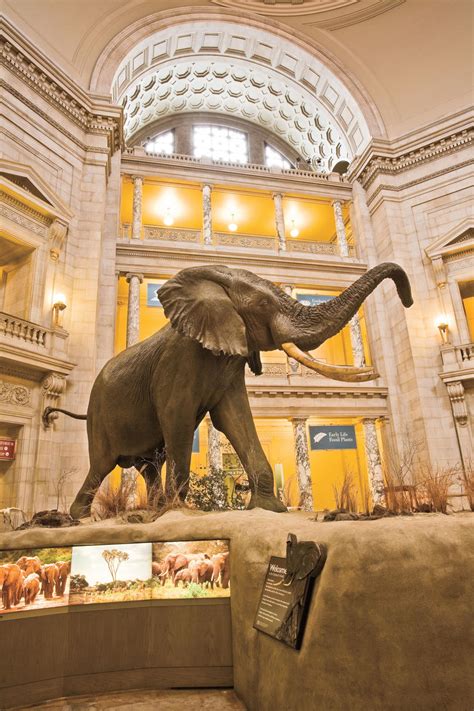 Many of the actual Shakespeare folios and other rare books can only be viewed by academics or scholars who get permission in advance, but the Library has regular exhibits not just featuring Shakespeare but also showcasing other prominent American politicians, historians and writers who were fans of the Bard or interacted with his work. Every employee at this newly opened coffee shop is fluent in American Sign Language in order to better serve the large deaf community in Washington, DC.

Located in the Maryland suburbs outside of DC, Glen stone, which opened in fall 2018, is an expansive collection of indoor and outdoor art exhibits, including everything from the forms of art you're expecting in a museum (paintings, sculptures) to sound installations and interactive pieces as well as extensive grounds that really let you get into nature. Nearly every boldface name you can think of in the contemporary art world is represented here: Andy Golds worthy, Jeff Moons, Ellsworth Kelly and more.

The Smithsonian institution dedicated to 20th and 21st century art, the Firstborn, is immediately recognizable thanks to its striking cylindrical shape. Keep an eye out for work by Rene Magritte, Dan Flavia and Barbara Kruger, and make sure there's time for a stroll through the sculpture garden on a sunny day.

If you've ever watched a Bond movie and thought you'd make a good super spy, you can put your abilities to the test here at the International Spy Museum. Visitors begin their visit by being assigned a fake identity, where they're challenged to memorize as much of their “cover story” as possible before being quizzed on it.

Beyond that, guests can check out exhibits showcasing cool spy gear over the years -- think guns disguised as lipsticks and hidden cameras concealed in pens -- and test your abilities on a replica Enigma code-breaking machine. If you're hunting for lunch nearby, simply head upstairs to the rooftop café, where the bonus is views of the Potomac. 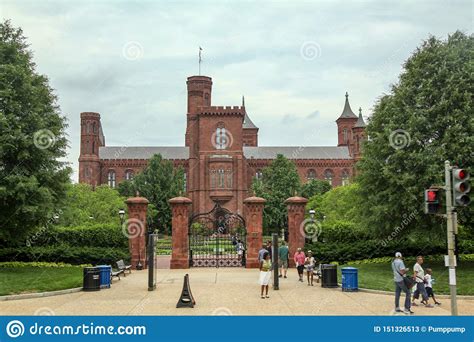 The principal gathering space is the Thomas Jefferson Building -- it was named in the former president's honor when his entire 6,000+ book library was acquired in 1815. As the name indicates, the focus here is on air and space travel and exploration, and many pieces of the museum's memorabilia come from famous astronauts, such as the jacket that Sally Ride wore on her historic spaceflight.

Dedicated to architecture, urban planning and design, the museum is a big hit with kids thanks to the many interactive exhibits. No matter when you visit, odds are good you'll get to check out some fascinating objects from the museum's deep archives, which include everything from different kinds of building materials to blueprints by famous architects like Frank Lloyd Wright.

The Contemplation Court is the centerpiece of the Smithsonian's National Museum of African American History and Culture. Unveiled too much fanfare in 2016, this museum is a thoughtfully curated collection of objects that speak to the black experience in the United States.

You could easily spend hours taking in the many pieces comprising the collection, which include belongings of notable African-Americans from Maya Angelou to Jackie Robinson. And the restaurant is a piece of art as well: Chef Jerome Grant, who has Jamaican and Filipino roots, has made Sweet Home Café an exploration of how history informs our food.

While there is plenty of art -- Frida Kahlo, Judy Chicago, Rosa Bother, Camille Claude and Berenice Abbott are among the many represented -- the museum also takes its role as a cultural arbiter seriously. The museum publishes a series of art books, supports female-fronted exhibits around the country and uses its social media platform to promote women artists.

Walt Whitman's iconic line “I hear America singing” comes to mind at the National Portrait Gallery, which chronicles the United States through the identities of some of its most famous citizens. Many of the museum's most affecting pieces are the depictions of lesser-known historical figures, some of whom -- like the farmworkers in a recent photography exhibit -- aren't even identified by name.

But there are few spots more peaceful than the Rothko Room of the Phillips Collection, a modern and contemporary art museum near Dupont Circle. Originally a private collection, The Phillips still feels intimate, with works by Renoir and Van Gogh perched on the walls of what was the family's home.

The collection plays host to lectures and artist talks, but they have the cozy feeling of a fireside chat instead of a classroom session. Although its stated mission is no less than “documenting America's visual culture,” the Renwick focuses on crafting and handiwork, taking those art forms out of the living room and into the major art-world stage where they belong.

On each of the floors, which are organized chronologically, visitors continue following along through the pages of the passport, learning what happened to their person through the years of 1939-1945. This move puts a human face on unspeakable tragedy, and gives names to the nameless while educating a new generation about the past.

While the museum's subject isn't the most uplifting, the lessons it teaches and ideas it spurs are arguably the most important in this roundup. 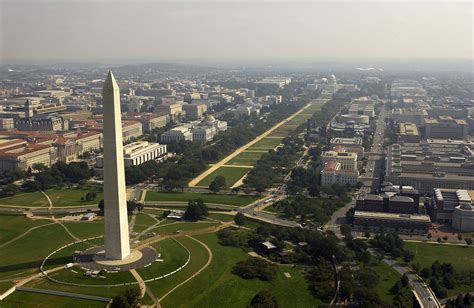