Irving made his literary debut in 1802, publishing a collection of observational letters under the pseudonym Geoffrey Crayon. Irving continued to write regularly, returned from abroad and traveled deep into Indian territory, then accepted a post in Spain. 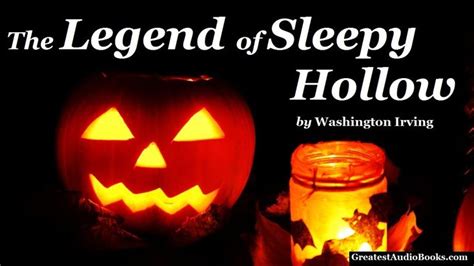 The younger, petulant officer demands to duel his older, graver colleague on Good Friday, despite the sacrilegious undertones. Horrified that he will die before the Easter holiday (and without last rites), he begs his killer to return his sword to his ancestral hall in France so that his soul might at least have some rest.

A fairly bawdy, sexy tale of desire and deception, “The Adventure of My Grandfather” is probably a ghost story in the same way that “Sleepy Hollow” is: it isn’t. A dashing Irish dragoon decides to spend the night in a Flemish inn where he flirts with and arouses the attentions of every female in sight (he has a favorite habit of slapping his buckskin-clad thigh when making a point that seems to melt the women’s hearts).

In the middle of the night the inn is aroused by a horrible cacophony coming from the dragoon’s room: his cabinet has fallen over and some chairs are strewn about. Easy-going in a way that would make Rip Van Winkle proud, Dolph encounters a ghostly figure in the ruined home, and continues to dream of the apparition leading him to a crock of gold.

Drawn by supernatural forces, the breakneck scamp stowaway on a ship sailing up the Hudson, is washed overboard in a storm, is saved by hunters, falls in love with their leader’s daughter, and learns the secret of the haunted house, the ghostly man, the buried treasure, and his own family history. Robert Louis Stevenson openly cited Irving’s piracy tales (Dolph Caliber, Gibbet Island, Tom Walker and the Devil, and this story) for influencing “Treasure Island.” Edgar Allan Poe also owed “Wolfe rt Webber” a debt for inspiring “The Gold Bug,” Irving can be credited with creating the modern concept of pirates as dashing, romantic figures of mystery and intrigue rather than slouchy cutthroats.

As a young man, Irving was on a ship that was captured by French pirates (he served as translator between the buccaneers and the captain) and suffered nightmares of the experience. The title character is engrossed by the bloody tales of a mysterious guest at his local inn: a foul-mouthed, hard-drinking, violent sailor with a scarred face and a sea chest, he seems to know too much about pirate culture and stories.

Webber also relishes the stories of local buried treasure, ghost pirates, bodies that refuse to sink, and hobgoblins in sailor garb. Together with the alchemist from “Dolph Caliber” and a freed slave who witnessed murderers burying a chest, he embarks on a ghostly treasure hunt with very surprising results.

Unlike Wolfe rt Webber who has a degree of Rip Van Winkle’s lovable panache, Tom Walker is a treasure hunter whom we would rather not get to know. Stumbling upon Old Scratch in the ruins of an Indian fortress (hidden in the tangles of the Hockomock Swamp which is even today considered haunted, and is part of the Bridgewater Triangle, and area plagued with disappearances, murders, ghosts, devil worshipers, UFOs, and cryptids), Walker finds himself surrounded with trees inscribed with the names of powerful men.

Old Scratch claims responsibility for most of the community’s vices: the slaughter of the Indians, the human trafficking of African slaves, and the sale of mortgages with criminally high interest. As he ages, he hopes to back out of his bargain, but when Satan pounds on his door with an axe on his shoulder and a demon horse at his side, it seems like the loan shark is about to have his debt called.

In the morning the marquis (who, we are told, will be impaled on a peasant’s pike during the Revolution) nervously confesses that the ghost was probably that of the historical Princess Anne-Genevieve de Bourbon. Suddenly uneasy with the family history he couldn't help gushing the day before, he begs the uncle not to question him further: the ghost of the princess (who historically did stay at a Norman château during her flight, and lived the rest of her life in studious exile) remains on his property because of something horrible that his ancestors did to her.

None of Irving’s ghost stories are as popular or haunting as “The Adventure of the German Student.” It is so well-known and catchy that it became an urban legend, and has been updated several times. While “The Adventure of My Uncle” is a criticism of the conservative world view (lionizing the powerful and elite without recognizing the violations and excesses of the past) using French history as its background, “The German Student” attacks the radical world view (demanding sudden, rapid, and unflinching change in the name of unwavering idealism) with the French Revolution as its stage. 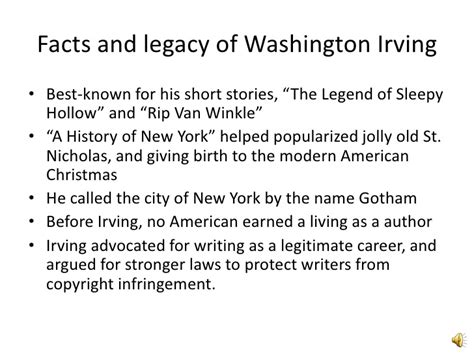 A né’er-do-well named Vanderscamp leaves his colonial New York town with a mysterious shipwreck survivor (a black man who speaks a foreign tongue, implied to be either a survivor from a slave ship, or the demonic personification of the evils of the slave trade) named Pluto, and returns with suspicious amounts of wealth and disagreeably vulgar friends in tow. While rowing beneath the gallows, Vanderscamp at first seems horrified, then stifles his fear and sarcastically invites his rotting friends to dine with him that evening.

I am following the maybe not too grand tradition of reading something not too interesting to ease the transition into the land of sleep. Go figure.-The Minister's Black Veil: If you change your style without explanation, people will think worst case scenario.-The May-Pole of Merry Mount: Puritanical zeal will squash alternative lifestyles.

Charles W. Chesnutt-The Wife of his Youth: Colorism sucks and one should remember their roots. Let's write about.nature Temps: Divorce is more common, but you're still not accepted in polite society.

F. Scott Fitzgerald-Bernice Bobs her Hair: So petty of an ending fittingly; it's like a room makeover scene when a pretty girl is recognized as pretty when she takes off her glasses-The Diamond as Big as the Ritz: More fantastical than what I expected, but glad I still got “screw these rich people” vibes-Winter Dreams: Classic Fitzgerald with self-made man yearning for something that does not exist anymore and probably never existed the way remembered. Also, Edith Wharton's, Ambrose Bierce's, Jack London's, F. Scott Fitzgerald's, and Willa Cather's writing styles were standouts. 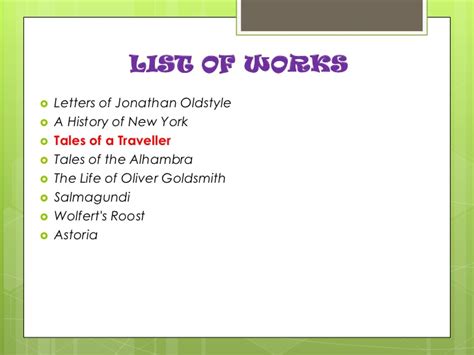 Still, there are quite a bit of stinkers and some stories that just do not match my sensibilities; so many casually racist moments and reminded me of those different racial terms based on how much white blood a person has. Read more short stories, but allow oneself to quit them next time to avoid all the added frustration of finishing a story one does not like.

It was a good book to languish over during the lengthening spring & summer days, just reading a story here & there. One more note: I found the introduction/notes to be really helpful as they offered insight to each author & his/her times, as well as each of their stories.

Overall, this collection makes a worthy addition to any reader's shelf, especially if interested in a view of early American literature. I especially liked that the short stories were presented in chronological order so if you wanted to read them this way it was easy to do so.

I especially liked that the short stories were presented in chronological order so if you wanted to read them this way it was easy to do so. Changes in writing style, subject, and outlook were readily apparent within this collection. 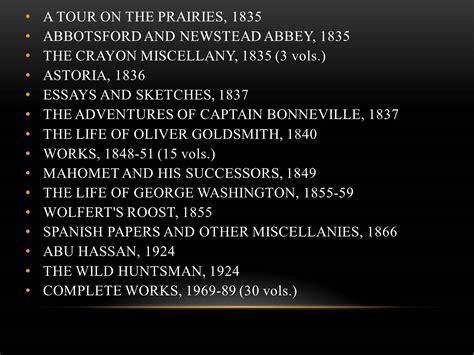 And especially with topics about death and destruction I really liked the earlier stories where it was assumed that readers were well grounded in Christian principles so, as a reader, I wasn't beaten over the head with religious views like current “evangelical” fiction writing but rather Christian faith was naturally incorporated into the lives and attitudes of the story and characters. In this way, readers are allowed to come to their own conclusions on a variety of important and complex subjects rather than being preached at.

Reading them all at once like this certainly deepened my appreciation for the art form in general, and for these stories in particular. But for the most part even the dated ones, going all the way back to Rip Van Winkle, were interesting insofar as it helped one understand the culture of America in those times.