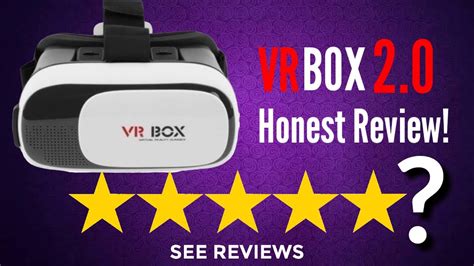 Do you want it to watch movies and 3D videos or want to play some high-end games? When I bought my first VR headset I was also very confused because I had a limited budget and there were so many options available online. I was also in great confusion and worry whether I would get quality product for my money, or I will have to feel like cheated.

It's a common problem which every buyer face, you would be worried about getting low quality product for your hard-earned money. (image source portronics.com)This Saga Mini VRB ox of Portions comes with an HD optical 8 layer NATO coated resin lens which ensures a long use without eye fatigue and dizziness.

It gives an immersive VR experience while watching 3D movies and 360-degree videos. It comes with a T-shaped adjustable headband which fits easily around the eyes giving you extra comfort because of foam cushioning at the edge.

(image source newegg.com)Generic VRB ox comes with ABS HD optical spherical resin lens which causes less strain on eyes. It has adjustable interpupilary distance and focal length and hence it is suitable for persons having myopia or other eye problem.

Just weighing around 120 gram only it can be easily used for long hour without causing any stress on nose and eye area. : (image source MTT.co.in)MTT 3D VR Headset is known for its excellent design and quality.

With some innovative design and better lens quality that delivers excellent visual output, it is one of the best budget VR Headset available in the market. MTT Headset comes with vacuum ion plated lens which prevents electromagnetic radiation thus protect your eyes.

Also, these are NATO coated resin lens which prevents eye fatigue and deformity in long use. It has adjustable headband and even a person with a myopic eye can easily use with glasses wearing.

It has ultra soft cushion that fits and cover your eye area, preventing outer light from coming in and provides an immersive experience. (image source auravr.com)Aura is made in India product which has gained a lot of popularity among customers because of their quality and low price.

You can watch 3D movies, play games and tour with 360-degree videos and experience the world of virtual reality. (image source antvr.com)Initially designed for Lenovo Vibe K5, ANT VR headset has gained a lot of popularity since then.

Supporting a wide range of android smartphone up to 6" screen size, it is one of the best budget VR headset which has revolutionized the market. It has Theater Max application specially designed for watching movies which provides you an I-Max experience in the comfort of your own home.

Ir usu is a Hyderabad based Indian company which produces VR headsets and is gaining popularity among users for its better and bigger quality of lenses. It comes with a Bluetooth controller which supports both Android and IOS based smartphone.

Type Smart Glasses Suitable For Gaming, Video Watching Compatible Devices Mobile Warranty 1 Months, guys, this is a list of the best budget VR Headset in India. But you still have to decide whether you want a headset that plugs into your PC or console, or choose a standalone option like Oculus Quest when playing a VR game.

At the moment, the new Oculus Quest 2 is the best, most affordable option for VR, but it requires a Facebook account to work. Companies such as Qualcomm (which makes the chips inside most self-contained VR headsets, including the new Quest 2) are building new chips that point to a wave of better standalone headsets at lower prices -- including ones that plug into your phone.

The aging PlayStation VR is still fun if it's on sale, and you have a PS4, mainly because there are loads more great games for this device than you'd think. The PlayStation 5, while it works with PSV, needs older controllers and adapters and doesn't have many graphics-enhanced VR games yet.

It's faster, smaller, cheaper and more comfortable to wear than the original Quest, but you have to log in to Facebook in order to use it. The Quest 2 reminds me of the Nintendo Switch for its versatility and fun, plus it takes mere seconds to start up and fits really well over glasses.

Its more limited mobile processor still plays games such as Beat Saber, Moss and Superior VR extremely well, and it can even connect with a PC if you want to, using a single USB-C cable. Sarah Too/CNET Good : Amazing futuristic controllers; high-quality headset; works with Five hardware.

It's not as self-contained as Oculus' Rift S, which can track the room with in-headset cameras, or the HTC Five Cosmos. Sarah Too/CNET Good: Plenty of games; lower price; works with many PS4 controllers like the DualShock and Move.

The 2,160×2,160-per-eye resolution and 114-degree field of view are the best at this price range, and the lightweight, comfy headset also has fantastic drop-down speakers designed by Valve. It's technically a Microsoft Windows Mixed Reality headset that prefers to launch into Microsoft's native Windows 10 VR ecosystem, but it bridges with Steam VR and works with those games and apps, too.

Angela Lang/CNET Good : Modular face plates for extra features; built-in tracking; flip-up visor, works with Steam VR. The Cosmos has self-contained tracking like the Oculus Quest 2 and Reverb G2 and also has stoppable face plates that will add more cameras for mixed reality and external sensor tracking (for larger holodeck-type experiences). You can mix and match Five and Valve Index accessories with it, but we prefer the Reverb G2 and Valve Index over Cosmos right now.

Get editors' top picks of the day's most interesting reviews, news stories and videos. Today, many people use virtual reality headsets to enjoy games and entertainment, training of medical students learning surgery, in museums among many other uses.

If you’re thinking of pulling the trigger on finally getting a VR system, there’s no better time than now to basically get any headset currently on the market at a discounted price. Check out the deals we’ve found, all of which are valid during the weekend between Black Friday and Cyber Monday (until supplies last).

Resolution is a little disappointing Full game content expensive Only compatible with some Galaxy phones Samsung has made a habit of giving its Gear VR headset minor updates with every flagship phone launch.

It’s also backwards-compatible with older Samsung phones, I assume as it will be replacing those models entirely rather than just sitting alongside it. I tried a couple of demos and, while minor, the difference is noticeable especially if you’re familiar with older Gear VR headsets.

It’s a lot better than similar products on the market, it’s streets ahead of the disappointing Humid and Newer mobile phone-docked headsets that filled plenty of stockings last Christmas. The Gear VR itself only costs around £100, but don’t forget you’ll still need a pricey flagship phone to go with it.

Around the edge of the portion that sits against your face is two layers of foam that makes wearing the Gear VR a very comfortable experience. Where the last iteration felt heavy on your face from the weight of the Samsung Galaxy Note 4, the latest edition with its newer phones is much lighter and more comfortable.

There’s a chunky white portion to this top strap, which has another padded leather section for additional comfort. Related: Oculus Rift vs PlayStation VR On the headset itself you’ll find a touch panel and a return button on the right-hand side, with a volume rocker just in front of that.

It’s all very well-designed, with Samsung and Oculus having thought through each part to make it user-friendly and comfortable. That’s not as wide as any of the big names in VR, but combine it with some seriously accurate 360-degree head-tracking, and you’ve got a very immersive experience.

The initial setup for the Gear VR is pretty straightforward, it can just be a little time-consuming as there are a few apps and some other content to install. Once you’ve agreed to the EULA guidelines, which recommend that no-one under 13 use the device and anyone using it should take a break every 15-20 minutes to give their eyes a rest.

The main user interface of the Oculus app is very easy to navigate and work using the Gear VR. You scroll through content and select by swiping and tapping the touchpad on the right-hand side of the headset.

Samsung and Oculus have worked with game developers and some other big companies to make the entire experience a lot more appealing. For example, Netflix has released a Gear VR specific version of its streaming service, which creates your very own virtual reality living room.

You’re sitting on a big red sofa with a huge TV screen in front of you, and if you turn to your left you’ve got a panorama view of snowy mountains through the window. This time around you’re looking at 18 pages of content in the store, with some full Gear VR exclusive games just waiting to be downloaded.

The problem is, that they’ll cost you a pretty penny, all the store pricing is still in dollars, and you can’t use your existing Google Wallet details or its associated credit. There are also options to watch the Cirque du Soleil, swim in virtual reality oceans full of creatures you can learn about or visit landmarks and art galleries remotely.

It’s a glimpse into the potential of virtual reality for the future, although when it’s being powered by a phone you’re not going to get the most realistic experience, especially if you’ve tried Five, Rift or PS VR before. While this is top-end for a smartphone, but when that resolution is being split between two lenses you’ll start seeing appellation and lower quality virtual reality content than your eyes are expecting.

Although Samsung claims it has a design system that limits this, it’s a serious issue when you use the headset for the first time each session. The Gear VR is enjoyable to use and Samsung’s idea to give it away with thousands for Galaxy S7 phones will help the platform improve. 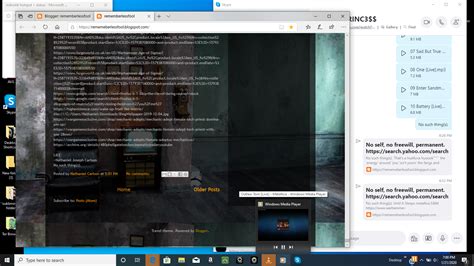 If you already own an S6 or S6 Edge then I would seriously consider the Gear VR, especially if you’re interested at taking a look at the future of gaming and personal film viewing. But the sheer cost of getting into the Gear VR world if you don’t own the phone just isn’t worth it.

It’s not the ultimate VR experience by a long way, with the Rift and Five coming soon there’s plenty of choice that isn’t limited by the smartphone you use.