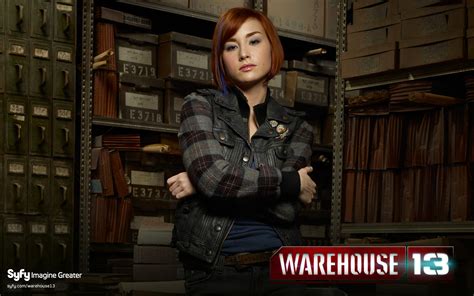 Sadly for them, but funny for us, in their enthusiasm they tend to be forgetful about the safety surrounding their projects, which usually leads unnatural and hilarious chaos! They also exist in the same fictional universe and some character are part of a few crossover episodes between the shows.

The main difference is that Eureka is science fiction focused while Warehouse13 is more fantasy focused. Astronaut John Crichton is on an experimental space mission to test a new spacecraft slingshotting around the globe. He joins the crew on Maya (a living sentient bio-mechanical spaceship) who picked him up after his unfortunate wormhole ride.

He also works as a consultant to the Chicago police with Detective Murphy on those cases considered bizarre. Dr. Walter Bishop’s knowledge of fringe science that he worked on before he got institutionalized comes in handy when the team face a rapidly spreading series of unexplained phenomena.

They get in to so many cool and crazy stuff while working on their cases, and they try to explain it scientifically, as much as it is possible. Jaye Tyler is a twenty-something care-free loner living in Niagara Falls. Despite graduating from college she has chosen to work as a retail clerk in a tourist gift shop in Niagara Falls called Wonder falls.

Her life takes a startling turn after a lion figurine begins talking to her. Despite fearing for her sanity, she decides to do exactly what the statues tell her to do and amazingly her actions begin changing people’s lives in unexpected ways.

I hope they don't kill it to early like they do to so many shows of this nature.Eighteen-year-old Georgia “George” Lass is a college drop-out and without work. After getting work at a temp agency she gets royally screwed by a space station toilet falling from the sky and straight onto her head.

She works with a local team of grim reapers and have to help dead people to free their souls from their body right before they die. Dead Like Me is a brilliant TV show with lots of quirky dark humor and witty dialogs.

To bad, it did not last longer. Captain Malcolm 'MAL' Reynolds, a former galactic war veteran, is the captain of the transport ship Serenity. He is kind of like Han Solo from Star Wars, a small-time smuggler hiding behind his legal transport services.

His crew consists of Zoe, his old war buddy and Wash, the pilot and Jayne Cobb, the muscle and Kaylee Frye, the mechanic and Simon Tam, the medic and River, Simon’s sister and Indra Serra, a courtesan and Shepherd Book, a preacher. Together they do any jobs, legal or illegal. They travel across the outskirts of outer space sparking up trouble wherever they go. I want a new show like this. Walter Sherman is an Iraq war veteran who got a peculiar brain damage from an IED exploitation that makes him good at finding things by seeing seemingly unrelated connections between events.

He uses this to find things for other people together with Leo Knox, US Deputy Marshal Isabel Zambada, and teen parolee and thief Willa Monday, who is serving her probation with the team. There, he becomes a member of Torch wood Institute, a renegade criminal investigation group founded by Queen Victoria to battle hostile extraterrestrial and supernatural threats.

Harry Dresden, a Chicago bound professional wizard, and the only one with an ad in the yellow pages. Business is sadly dreadful, so he jumps on it when the local police bring him in as a consultant on a strange double murder.

The Warehouse is a massive, top secret facility that houses dangerous and fantastical objects. Together, Pete and Myra along with fellow agents Claudia, Steve Jinks and Warehouse caretaker Artie, must recover artifacts from around the globe before they can cause catastrophic damage.

Did you watch all the shows suggested in the previous section? Here you can find more series like Warehouse13 that you should definitely not miss.

Shows Like Warehouse 13: Goggles on for Steampunk TV | Human Movie Recommendations Billfish Two brothers search for a Philosopher's Stone after an attempt to revive their deceased mother goes awry and leaves them in damaged physical forms. 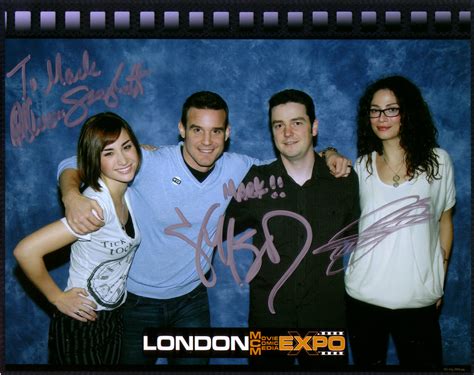 In the 1890s, William Murdoch uses radical forensic techniques for the time, including fingerprinting and trace evidence, to solve some of the city's most gruesome murders. The “untold” story of Leonardo da Vinci: the genius during his early years in Renaissance Florence.

After the loss of their parents in a mysterious fire, the three Baudelaire children face trials and tribulations attempting to uncover dark family secrets. A human detective and a fairy rekindle a dangerous affair in a Victorian fantasy world, where the city's uneasy peace collapses when a string of murders reveals an unimaginable monster.

Genre: Drama, Mystery & Suspense, Science Fiction & Fantasy, Crime, Thriller A young girl is destined to liberate her world from the grip of the Magisterium which represses people's ties to magic and their animal spirits known as daemons. 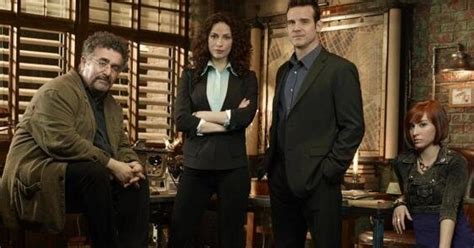 Genre: Action & Adventure, Drama, Science Fiction & Fantasy Wells foresaw the future in such visionary novels as The Time Machine and The War of the Worlds.

After saving the life of the President in Washington D.C., a pair of U.S. Secret Service agents are whisked away to a covert location in South Dakota that houses supernatural objects that ... Dracula travels to London, with dark plans for revenge against those who ruined his life centuries earlier.

However, his plan is complicated when he falls in love with a woman who seems to be a reincarnation of his dead wife. Stem cells, gene therapy, transplants, and cloning have changed the definition of “humanity” in the modern world, but the darker side contains monsters that only few are brave enough to face, because the future lies in their hands.

10-part drama set in the 1930s London focusing on Robert Jekyll, the grandson of the original doctor. The show will follow Robert Jekyll's quest to discover his real identity and the true nature of his family's cursed history.