It was 125 years ago that a young Scottish physician called Arthur Conan Doyle wrote some stories about a master detective, mainly to amuse himself between appointments at his surgery. His creation, Sherlock Holmes, loosely based on his mentor, forensic surgeon Joseph Bell, first appeared in the 1887 Beeton’s Christmas Annual, in a story called A Study In Scarlet.

The maverick detective has since appeared numerous times in films and on television, portrayed by a cornucopia of eccentric actors from around the world, though chiefly from Britain and America. The iconic image of deerstalker, pipe and tweed overcoat was a gift to comedians, and consequently, Holmes has been embodied by (amongst many others), Buster Keaton, Peter Cook and John Cheese.

More recently, David Mitchell and Robert Webb played both Holmes and Watson in a confusing sketch where the two continually swapped roles. There are so many great performances out there, that just bubbling under is Rupert Everett, who appeared with Ian Hart in 2004’s BBC movie, The Case Of The Silk Stocking.

A true method actor, Norwood studied the role with enormous diligence and brought a wonderful intensity to his portrayal both in film, opposite Hubert Willis as Watson, and on the stage. Some three years earlier, Guy Henry played a juvenile Holmes in ITV’s Young Sherlock made by Granada television.

The 1982 BBC television production of The Hound Of The Baskerville, shown in the Sunday afternoon classic serial slot, was well-received. Later though, Baker admitted he felt he had “failed” in the role, pointing out his “dry run” for the part, in Doctor Who, The Talons of Weng-Chiang, was far more successful.

Arthur Winner won the role of Holmes having played Sexton Blake, a character seen as a flattering imitation of the Baker Street detective. Winner earned appreciation from staunch Holmes experts, including Conan Doyle’s wife, for his approach to the role in the film The Sleeping Cardinal, which fused two separate stories: The Empty House and The Final Problem. 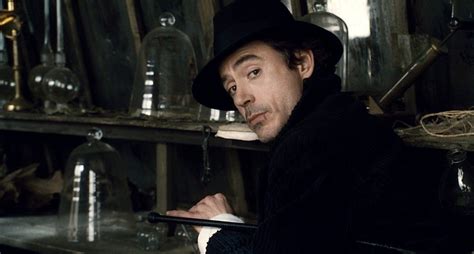 Silver Blaze, for instance, was later retitled Murder At The Baskerville in an attempt to draw attention away from the successful Basil Rathbone movies. Douglas Wilmer became the first television Sherlock Holmes when the BBC produced The Speckled Band in 1964 for anthology series, Detective (what took them so long?).

Nigel Stock appeared as Watson, a role he continued to play when Douglas Wilmer handed over the deerstalker to Peter Cushing in 1968. Supported by Jude Law as a rather dignified Watson, Downey Jr has made the part his own and delights a new generation of fans with his unkempt eccentricity and Tigger-like enthusiasm.

His impact is enduring, not least on those who grew up loving the films, whether at the cinema or on television (a special season was transmitted on BBC2 in 1978, which introduced me to the character, and aired again to celebrate the centenary in 1987). Doctor Who is a supremo Steven Moat and writer and actor Mark Gates created a series of stories loosely based on Conan Doyle’s work, but with a distinct modern day slant.

The BBC has a major hit with this superb and (at times) controversial 21st century retelling of the adventures of the world’s most famous consulting detective. Supported first by David Burke and then Edward Hardwick, both intelligent and thoughtful as Watson, Jeremy Brett made Sherlock Holmes so many his own that any fresh television adaptation would have to approach Conan Doyle’s work from a very different direction.

Brett was bipolar, which heightened his mannered performance as Holmes, making his sudden flashes of manic thought, wit and melancholic malaise truly convincing. Like Ellie Norwood, Brett became obsessed with character, often taking method acting to the extreme to fully embody the spirit of Holmes. 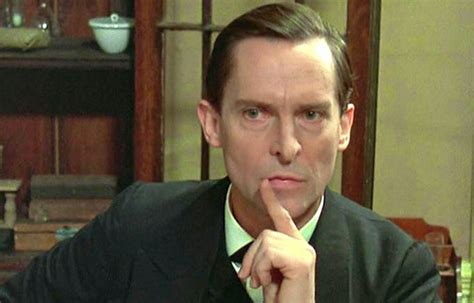 That changed when celebrated director Billy Wilder (of Some Like it Hot, The Apartment, and Sunset Boulevard fame) came onto the scene with his late-career take on the British sleuth: 1970s The Private Life of Sherlock Holmes. Much-beloved London stage performer Robert Stephens takes up the mantle this go-round, creating a Holmes unlike any other. 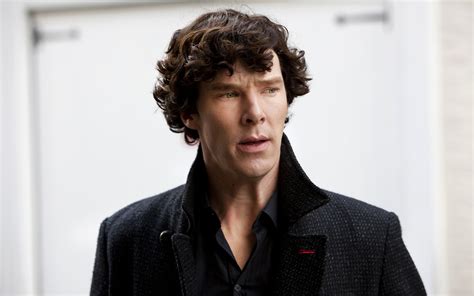 We all know that Sherlock Holmes spends his days busy with work as London's top consulting detective. Unsurprisingly, McAllen shines in the tragic role of a Holmes desperately grabbing at the last vestiges of his remaining sanity, even if the film he's in less resembles The Hound of the Baskerville than it does Still Alice.

Transplanting Sherlock Holmes from the streets of 19th century London to 21st century New York, Elementary follows modern-day detective Sherlock Holmes (Jonny Lee Miller) as he brings his deductive expertise to the assistance of the NYPD, primarily in collaboration with Dr. Joan Watson (the incomparable Lucy Liu). Miller's Holmes is a recovering drug addict, which lends some additional intensity and dimension to the character.

Chances are, when you hear the name Sherlock Holmes,” your mind jumps to either the lovable scamp that is Benedict Cumberbatch (we'll get to him soon, promise) or the recent Robert Downey Jr. punch-fests. Here, Basil (voiced by Barrie Ingham) provides a wonderfully faithful mouse version of the famed detective, balancing his deduction skills, nimble fighting, and veiled madness into a delightful concoction of a main character. 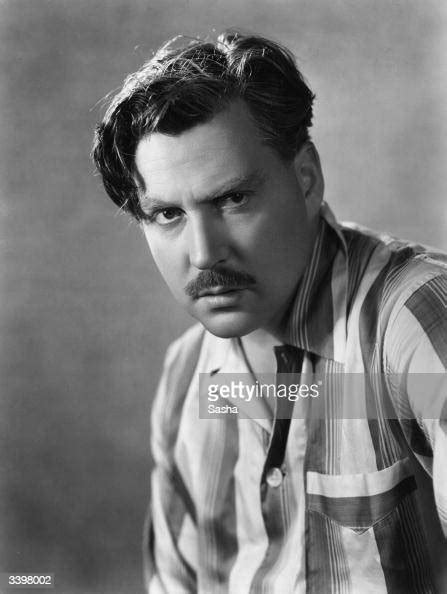 If you bring up Sherlock Holmes to pretty much anyone on the internet, chances are, their mind will jump straight to everyone's favorite lanky, fantastically-named actor, Benedict Cumberbatch. Cumberbatch met the challenge of bringing Sherlock to the 21st century with gusto, and his stylish, witty, one-of-a-kind performance emerged as nothing short of iconic.

Due to scheduling conflicts, Thad and I were unable to record our episode of Beneath the Screen of the Ultra-Critics. This time both our voices will be audible, so it doesn’t sound like one long Andy Kauffman style prank.

This week though Thad and I decided, in light of Elementary being renewed for another season, to rank our favorite Sherlock Holmes in film and television. What this means is characters like Dr. Gregory House (Hugh Laurie) who are clearly inspired by Holmes are not eligible.

Nor is Justin Play fair (George C. Scott) on the list because he only believes he is Sherlock Holmes and that doesn’t count either. Sadly, this means Basil of Baker Street (Barrie Ingham) is nowhere to be found, but rest assured he is, in fact, one of the great fictional detectives. 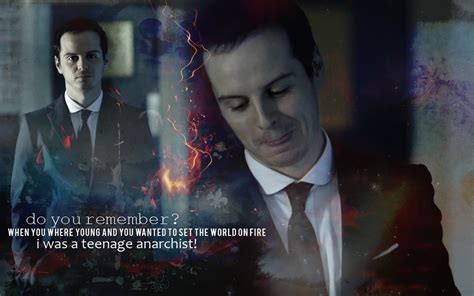 Once again, we blithely court controversy by daring to rank the portrayals of a fictional detective over a hundred and thirty years old. Likewise, the image of Holmes we conjure up in our brain when we think of the Baker Street occupant is more than likely Basil Rathbone’s.

The sly sardonic smile and steeped fingers practically thrive in the public conscious when we think about the great detective. They called for a simmering and brooding Holmes with acidic quips and sharp denunciations and that’s what Rathbone gave us.

Ritchie’s characters tend to be the types found on the floors of local bars near closing time. The contrast between Doyle’s staunch upper-class tendencies and Ritchie’s deeply embedded working-class humor leads to a weird adventure yarn more suited for a Doc Savage book than a Sherlock Holmes story.

His Watson (Jude Law) hews much more to the stuffy tweed wearing visage of his origins. Mixed with Downey’s street brawler Holmes though the two make the whole thing feel like an idea Shane Black had but never got around to working out. 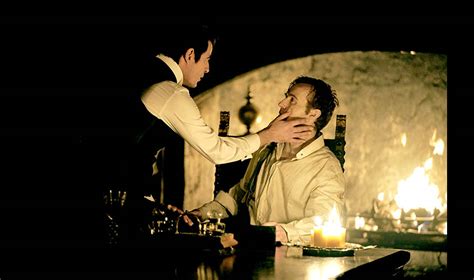 His determined gait and calculated movements now replaced with shaky hands and a walking stick less for show and more for necessity. Filled with regret and longing for the choices he’s made McAllen’s Holmes is a tragic melodramatic figure.

By addressing it and understanding that addiction is a lifelong progress, Elementary forces Sherlock to evolve not just as a character but as a human being. He trains Watson because she shows an intellectual aptitude and a moral fortitude to what Holmes believes to be a higher calling, a private detective.

Cool and calm under fire but hesitant to leap to the floor crawling at the floorboards to reveal a hiding spot. The Case of the Blue Carbuncle, in particular, shows him scouring the London streets on Christmas Eve to help out a local policeman who’s come to him for help.

The Case of the Six Napoleons reveals to us the complex sensitive and egotistical side of the great man. No sir, we’re proud of you.” Brett’s cool demeanor cracks as he receives validation from a source he respects very much.

Brett’s Sherlock is quite simply a marvel of restraint with sudden outbursts of great emotion. Rarely has the great man ever been portrayed with such passion, glee, and deep sympathetic humanity. 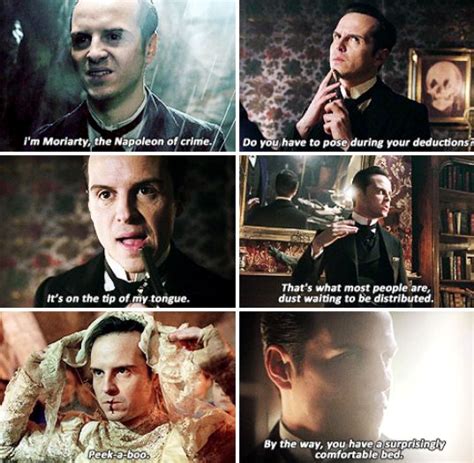