We bring 11 TV Shows like Sherlock which are brilliant and where the mystery of murder and crime is a maze of motives, thus making the plot intriguing. Created and Written by Neil Cross, Luther is one of the best British detectives TV Series. 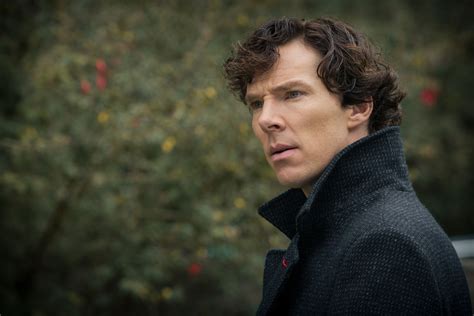 Luther fails to arrest the murderer Alice Morgan due to lack of evidence in his investigating case. Eventually, her company unveils an insight about the most wanted cunning criminals that Luther is in search of.

Luther gets busy with his police job where he works on the files of the murder of his partner Justin Ripley. Soon after knowing Alice’s death, Luther returns to London and resume his role as a DCI.

While attempting to uncover Alice’s death mystery, he investigates a case which leads to untying two conspiracies and the identity of organized crime boss George Cornelius. Created by Jeff ESSTIN, this American TV series revolves around the partnership between a handsome multi-talented con artist Neal Camera and an FBI special agent Peter Burke.

Owing to the extreme hard work, Dr. Gregory House slips into an emotional trauma and becomes an addict of pain-killer drugs. Created by Andy Beckman, Monk is an American comedy-drama mystery detective TV series that ran from 2002 till 2009.

Intolerable to his beloved wife’s murder, Monk slips into a traumatic condition which is later known as the intensified form Obsessive-compulsive disorder. Monk started his career with San Francisco Police Department as a detective but soon he was fired from the job because of his ill-health. 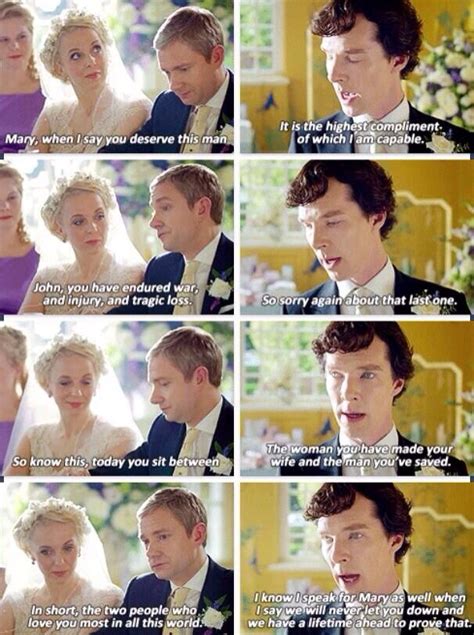 The TV Show depicts the modern form of the classic stories of Sherlock Holmes. This show also introduces the Female version of Dr. Watson named Joan Watson, a former surgeon and an assistant for Sherlock.

The main part of the show is that Patrick Jane works on the individual cases and thus displays his skills as a mentalist. Patrick joins the California Bureau of Investigation as a consultant with an intention to hunt down the criminal Red John.

This is one of the TV Shows likeSherlock, and it is created by Bruno Heller and was cast between September 2008 till February 2015. Michael Western, a U.S. spy, is suddenly “burned” or fired, without any prior formal notice or a procedure.

Michael survives by doing odd jobs and helping the desperate people in Miami, where his mother lives. Soon after, he teams up with Fiona and Sam to not only solve the mysterious cases of Miami but also nails the people behind his burn notice.

Burn Notice, though an espionage series, its plot runs on the similar lines of any other detective TV shows like Sherlock Holmes. This Australian historical mystery TV Show is a tale of the personal and professional life of Phone Fisher, a fashionable Melbourne Modern Woman. 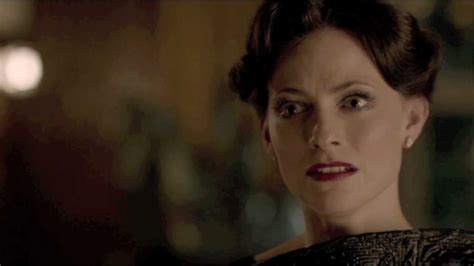 Though diverse than Sherlock Holmes TV Series, Miss Fisher’s Murder Mysteries is an enjoyable thriller which revolves around the nightmares of her younger sister’s death due to kidnapping incident. They both dive back to the unhealed strange times. Their memories compel them to solve the incomprehensible murder.

Written and created by Allan Cubist, this show stars Gillion Anderson as Gibson and Jamie Dorian as Paul the killer. Police Superintendent Stella Gibson is assigned a new case in Northern Ireland to assess the progress of a murder investigation.

Rahul is a TV addict who can't get enough of twisted, gasp-inducing shows like “The Handmaid's Tale” and “Black Mirror”. The writers have successfully combined their new wave of critical thinking with Sir Arthur Conan Doyle's original manuscripts of this notorious mastermind.

It’s the story of Dr. Watson working with the brilliant detective and the formation of their unusual relationship, combined with other fascinating characters who complement each other really well. It’s completely flawless in every aspect of brilliant storytelling as the non-linear approach makes the show all the more entertaining.

The movies were great, but the stories have much more breathing space and time to develop the characters as a TV show. So, if you liked watching this re-telling of the most famous detective stories ever told, here’s a list of shows like Sherlock you might enjoy. 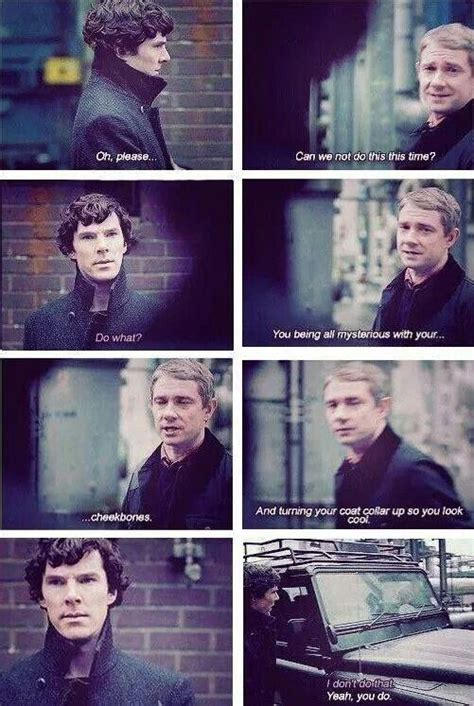 Breaking Bad Peaky Blinders Black Mirror True Detective Hannibal If you haven’t watched or even heard of Breaking Bad by now, there’s a good chance you’ve been living under a rock.

Considered by many as the greatest TV show ever made, and for good reasons, this 2008 masterpiece doesn’t have a single bad episode. Walter White, a family man, goes down the path of madness and melancholy, just because of one bad decision.

From a nobody to the gangster of the town, the transformation is not sudden, but it's all a result of the firm resolution to make some quick money. Not only this, every color on the screen, every camera angle, every supposed insignificant moment has hidden meaning and foreshadows every other scene, making the revelations far more stimulating.

When soldiers were sent back to their homes without being taught how to control their post-war nightmares, they had to find a release somewhere. If you’re into dystopian themes and have a dark sense of humor about the rapidly digitizing world, Black Mirror can help you stay entertained. 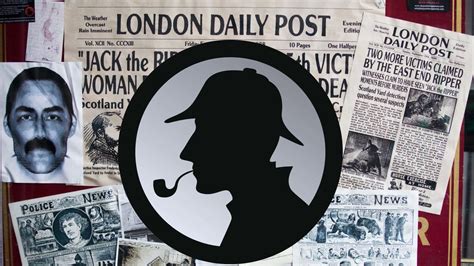 The fact that all the episodes are independent and have very minuscule or no connection with each other, makes the show more intriguing as the storylines are not dragged beyond what's needed. Using technology as a source of paranoia, the stories explore the collective anxious state of mind of the world.

It's a refreshing look at how technology can turn on society, especially in today's world where people feel like they're missing out on things, or aren't part of something bigger if they're not participants in social trends. He's a character so beautifully constructed out of the darkest corners of the human psyche that even the devil himself would have a hard time dealing with him.

The only thing that’s keeping him somewhat mentally intact at the moment may very well be his trusted partner, Martin Hart. With great acting from Woody Harrelson and Matthew McConaughey, it's no wonder this series is considered one of the greatest crime shows of the century.

Unarguably superior and rich with content, it is gritty, real, and compelling, and asks the questions other shows are too afraid to. However, if you’re willing to face the hard facts of life and go on a dark philosophical journey, True Detective will not disappoint.

The story starts off like every other police procedural and stays the same for a while, but the overarching storyline gains traction later on in the first season and never lets up after that. Anthony Hopkins set a very high bar for anyone who would play Hannibal Lector, but Mads Michelsen managed to fill those shoes with his superior acting, and the ability to express so much with his eyes alone. 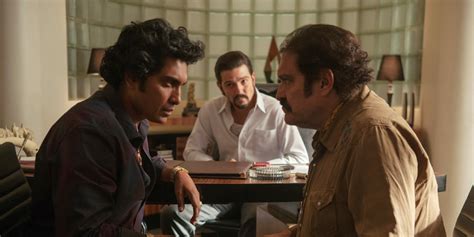 “ Sherlock follows around a detective and his assistant as they intelligently and brilliantly solve a wide variety of crimes in and around London. Like Sherlock, this show looks at a modern take on the story of Sherlock Holmes.

Instead of London, this show is set in New York where Holmes work as a consultant with the police to help them solve crimes. House is also very loosely based on the doctor that inspired Sherlock Holmes, so there is definitely a connection.

This show focuses on a famous former-psychic named Patrick Jane, who actually came clean as a fraud after his family was killed by a serial killer. After coming clean about being a fraud, he joins up with the police to help them solve cases and find the person who killed his family.

Psych focuses on a character who is pretending to be a psychic when in reality, he just has an amazing memory and a very good attention to detail. He and his friend are hired by their local police force helping solve crimes, similar to Sherlock and Watson.

It follows a police officer and his battle to prove the guilt of a psychopathic murderer. The cat and mouse game leads to an interesting dynamic as Luther (the cop) knows that Alice (the murderer) has done it, but can’t prove it or find the evidence necessary to put her away. 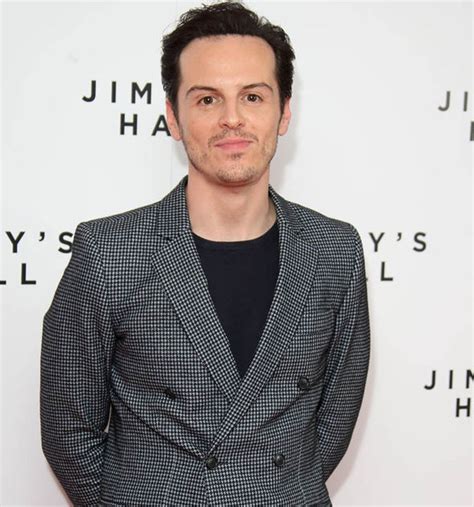