Read Some Most Popular Sherlock Holmes Movie Quotes and Sayings. You Can Also Read and Share These Quotes With Your Friends and Loved Ones. 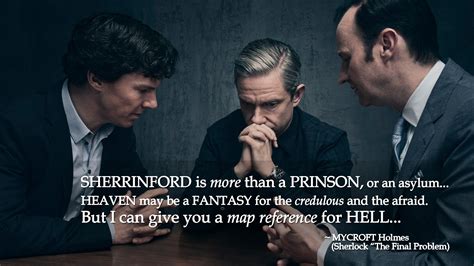 Sherlock Holmes : This is a matter of professional integrity. No girl wants to marry a doctor who can’t even tell if a man’s dead or not.

Sherlock Holmes : [wakes up naked with Adler having cuffed him spread-eagle to the bed with a pillow over his genitals. A maid comes in, sees him and shrieks] Madam, I need you to remain calm.

Sherlock Holmes : My journey took me somewhat further down the rabbit-hole than I’d intended and, though I dirtied my fluffy white tail, I’ve emerged… enlightened. Sherlock Holmes : The devil’s due a soul, I’d say. 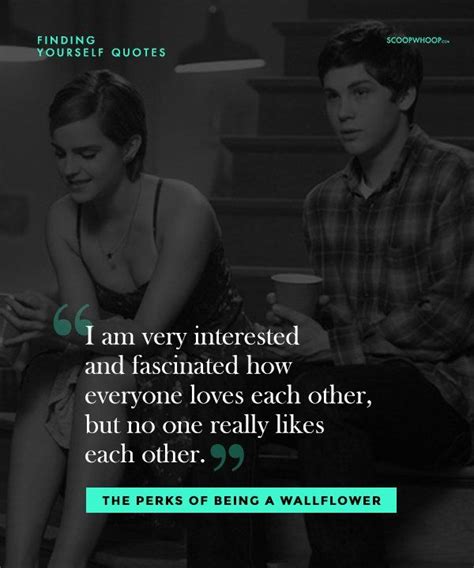 Dr. John Watson: What was that about saving bullets? His power of deduction and reasoning makes for suspenseful and engaging plots.

His penchant for sarcasms delivers unexpected humor and his brutal honesty is just as satisfying. The character itself already drives stories in remarkable ways that plot twists are really just the cherry on top of the cake.

Created by British author Sir Arthur Conan Doyle, Sherlock Holmes first appeared in print in 1887 with A Study in Scarlet. Most of the stories happened during the Victorian or Edwardian era and are narrated by our favorite sidekick Dr. Watson.

Their tandem, which hinges on their tenacity to uncover mysteries, eventual friendship, and constant bickering and banter, is one of literature’s greatest. The stories may be old, but they continue to delight new generation of audiences, especially with the latest BBC television adaptation starring Benedict Cumberbatch. 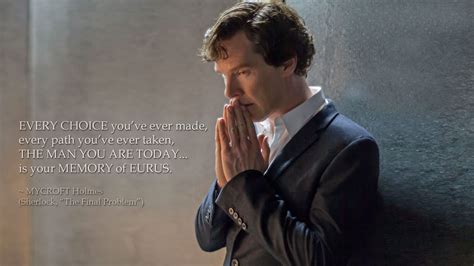 This unforgettable detective is apparently heavily ingrained in our culture and fancy. In fact, Sherlock Holmes is the most portrayed literary character in film and TV according to the Guinness World Records.

Below is a collection of 22 Sherlock Holmes quotes that are both profound and entertaining. The world is full of obvious things which nobody by any chance ever observes.

It is a capital mistake to theorize in advance of the facts. I trust that age doth not wither nor custom stale my infinite variety.

Never trust to general impressions, my boy, but concentrate yourself upon details. Mediocrity knows nothing higher than itself; but talent instantly recognizes genius.

There can be no question, my dear Watson, of the value of exercise before breakfast. It has long been an axiom of mine that the little things are infinitely the most important. 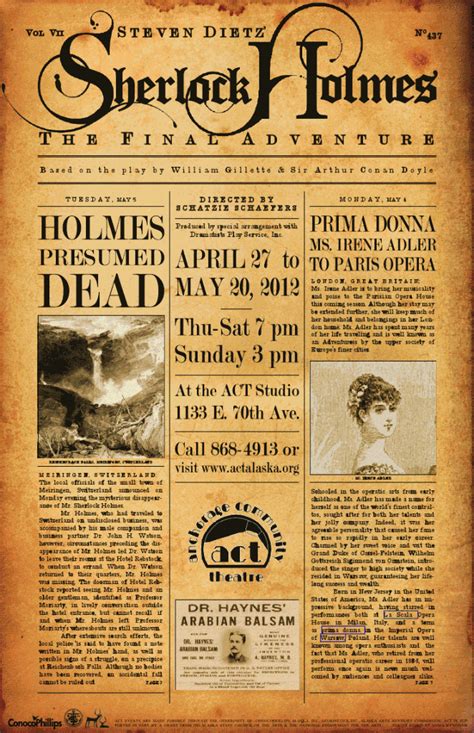 How often have I said that when you have excluded the impossible whatever remains, however improbable, must be the truth. The chief proof of man’s real greatness lies in his perception of his own smallness.

Fuel your love of mysteries with these 22 Sherlock Holmes quotes you can share on social media. Dr. John Watson: Wear a jacket.

Or your mess, your general lack of hygiene or the fact that you steal my clothes? Inspector Lestrade: In another life, Mr. Holmes, you would have made an excellent criminal.

Sherlock Holmes : There's only one case that intrigues me at present. The curious case of Mrs. Hudson, the absentee landlady.

Blackwood: I warned you Holmes, to accept that this was beyond your control, beyond what your rational mind can comprehend. Inspector Lestrade: In another life, Mr. Holmes, you would have made an excellent criminal. 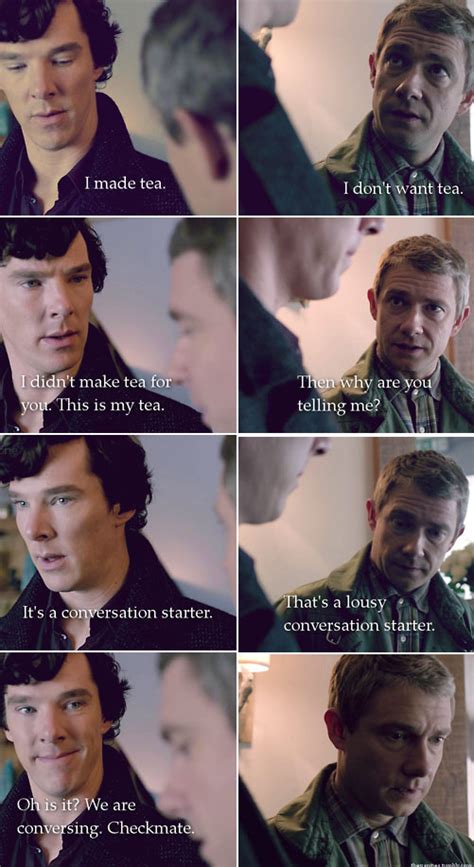 Sherlock Holmes : Don Giovanni is showing at the theater. I could easily procure two tickets if you were interested in taking someone.

Sherlock Holmes : Don Giovanni is playing at the theater. I could easily procure two tickets if you had anyone interested in going.

The simplest involved paying people off, like the prison guard who pretended to be possessed outside your cell. Others required more elaborate preparations, like the sandstone slap that covered your tomb.

You had it broken before the burial and put together using a mild adhesive. Arranging for your father to drag in his own bathtub required more modern science.

Very clever of Riordan to find a paralytic that was activated by the combination of copper and water, and was therefore undetectable once the bathtub water was drained. It put up quite a challenge for me, had he not also tested it in some unfortunate amphibians.

Like all great performers, you saved your piece-de-resistráNCE for the end. A chemical weapon, distilled from cyanide and refined in the bellies of swine.

Had it worked, your followers in Parliament would have watched unharmed as their colleagues were dying around them. Instead, they would have believed it was magic and that you had harnessed the ultimate power.

Blackwood: There's a long journey from here to the rope... Sherlock Holmes : This mustn't register on an emotional level. 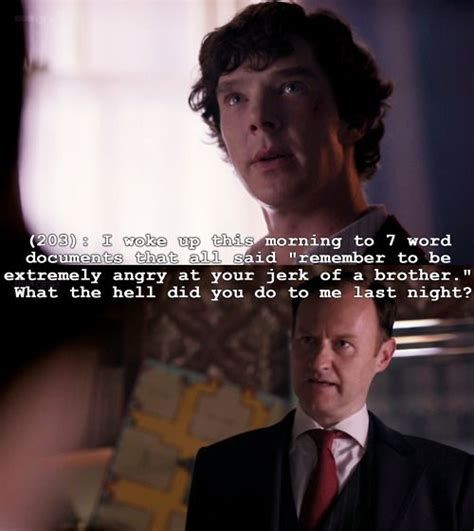 Sherlock Holmes : Madam, I need you to remain calm and trust me, I'm a professional. Beneath this pillow lies the key to my release.

Dr. John H. Watson: I never complain, when do I complain about you practicing the violin at three in the morning, or your mess, your general lack of hygiene, or the fact that you steal my clothes. Sherlock Holmes : You have the grand gift of silence, Watson; it makes you quite invaluable as a companion.

Sherlock Holmes : You have the grand gift of silence, Watson, it makes you quite invaluable as a companion. Sherlock Holmes : Head cocked to the left, partial deafness in ear: first point of attack.