I feel like Sherlock would have had an easier time of it if he’d just learned to hug sooner. Season 3 of Elementary comes to a close tonight with a case that is very personal to Sherlock. 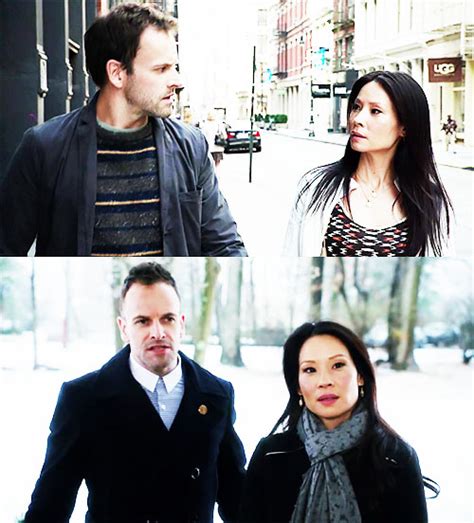 Bees, maps, drug smuggling in human bodies, and serial killers tested Sherlock Holmes and Joan Watson in Elementary‘s third season. We are here to assist the audience a bit with three key moments from Elementary to keep in mind as Sherlock faces the possibility that his sponsor may have relapsed.

By season 3, Sherlock finds it draining to carry out the tedious work to maintain his sobriety. Sherlock’s friendship with Alfredo is still in the beta test stage of development, but they are making an effort to move from sponsor/sponsor to supportive friends.

Friendship test drive Alfredo is missing Watch Elementary season 3, episode 24, “A Controlled Descent,” tonight at 10:00 p.m. With hundreds of movies and series already crowding the Sherlock Holmes canon, it takes expert sleuthing to determine which rank above the rest.

Multiple Shylockian admitted to having a soft spot for this “hilarious” reimagining that flips the personalities of its dynamic detective duo, featuring Ben Kingsley’s Watson as the brain and Michael Caine’s Holmes as the bumbling student. For one of the most recent big-screen adaptations, Linger paid particular kudos to Jude Law, who plays “one of the very best Watson sever” opposite Robert Downey Jr.'s Holmes. 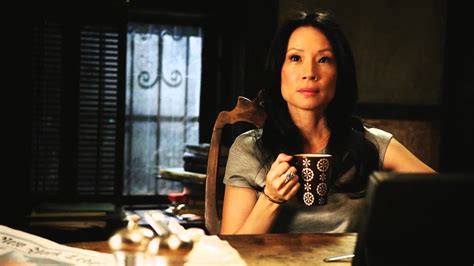 John’s desire to maintain some kind of personal life was portrayed in stark contrast to Sherlock, and at this early stage of their friendship, the episode was key in demonstrating their slow navigation towards understanding each other. The moor location allowed the story to be taken outside of London, and offered some gorgeous visual opportunities for the audience.

But John’s fear and Sherlock’s self-doubt made this episode what it was, creating a mystery that was genuinely scary, rather than just tense. This episode was about Sherlock and John attempting to rekindle their friendship, and it provided a great jumping off point for the remainder of the series.

Unafraid to call him out on less-than-kind comments and yet amusingly accepting (or perhaps just resigned) to Sherlock’s weirder habits, Mrs Hudson is a wonderful woman. Back in Season 1’s ‘The Blind Banker’, John’s dating prowess was threatened when he couldn’t find anything to eat in the flat for Sarah.

John admits that the two of them watch a lot of daytime television and Mrs Hudson isn’t shy about sharing the information she learns from it. In ‘The Great Game’, she gives DI Lestrade some fashion tips she has learned from television personality Connie Prince, advising him on ‘how to do your colors’.

RNA Stubby and Rupert Graves are wonderful together, with Mrs Hudson’s matter-of-fact rambling bouncing off Lestrade’s baffled interest. An innocent question as to her own marriage in ‘The Sign of Three’ led to a startling revelation that his apparently harmless and kindly landlady had in fact wed someone running a drug cartel. 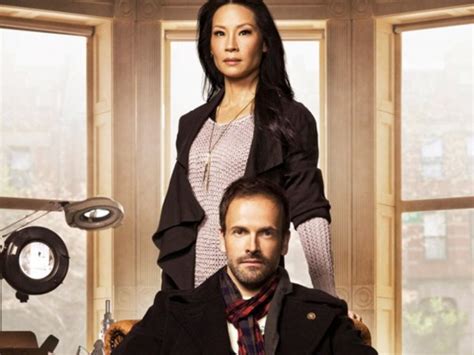 Scandalized by Sherlock’s knowledge of this, and evidently all too aware of the video footage of her dancing past, she demanded to know whether he had been watching her on YouTube. Despite Mrs Hudson’s readiness with food, her fashion tips and her exotic, saucy past, her top moment involves none of them.

Threatened and attacked by the men after Irene Adler’s phone, Mrs Hudson dared to defy them and hid it away on herself to keep it safe for Sherlock. While the two-year hiatus has felt like a cruel eternity to just about everyone who watched Benedict Cumberbatch's Sherlock plummets to his faux-death in 'The Reichenbach Fall', consider this: fans in 1893 were forced to wait an entire decade for Arthur Conan Doyle to resurrect their hero on the page.

In the book A Study in Scarlet, Stamford warns Watson that Holmes's eccentricity takes the strange form of “beating the subjects in the dissecting-room with a stick”. Cut to 2010, and Cumberbatch's Sherlock is introduced in the morgue, whipping a corpse with a riding crop.

Like so many of the show's finest moments, it's at once outlandish, brash and utterly faithful to its source material. “Well, thank God you're above all that,” John replies, having just been abducted and driven to an abandoned warehouse in order to have this meeting.

It's a witty, enormously tense scene that's firing on more dramatic cylinders than you can take in on first viewing. It works beautifully as psychological exposition for John, it shows off Mycroft's deductive skills, and it gives John the first of many opportunities to prove his steadfast loyalty to Sherlock, as Mycroft offers him money in return for information on his wayward brother. 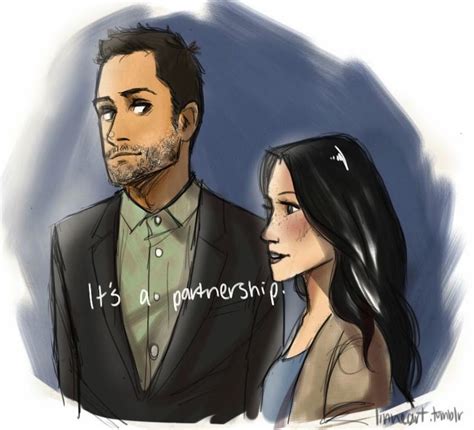 It's a scene steeped in intrigue and deadpan wit, beautifully played by Cumberbatch and Freeman, and on a personal note it's exciting for us because the Digital Spy offices are visible behind John's head throughout. But as the series' first episode comes to its triumphant conclusion, we get the introduction of Sherlock Holmes and John Watson, the unassailable yin-yang unit that was already, after 90 minutes, the heart of the show.

As extraordinary and heightened as most of Sherlock and John's adventures are, a huge part of the show's charm comes from its being rooted in a very recognizable, very contemporary London. And in contemporary London, unexpected items in the bagging area are an unavoidable part of life.

“Gay,” Sherlock pronounces at a glance, before making a half-hearted attempt to disguise it as a “Hey”. Freeman's face-palming in the background makes the whole thing fly, as does Andrew Scott's note-perfect bumbling.

His volatile, serpentine performance wasn't universally loved when the episode first aired, and it's undeniably “big” in contrast to Cumberbatch and Freeman's understated work, but it establishes Moriarty as exactly what he is: a truly unknown quantity, a genius on Sherlock's level, and a stone-cold madman. Faced with the startling sight of Sherlock sitting in Buckingham Palace wearing a sheet and nothing else, John's response isn't exasperation, but laughter.

It's rare that characters cracking up translates to an audience doing the same, but this is a funny, telling exception to the rule, and its final punchline comes several scenes later with the revelation that Sherlock even stole an ashtray for John. It's well established that Sherlock can deduce a person's life story based on their clothing, accessories, watch, phone and so forth, so for Adler to walk into the room naked immediately puts him at a disadvantage. 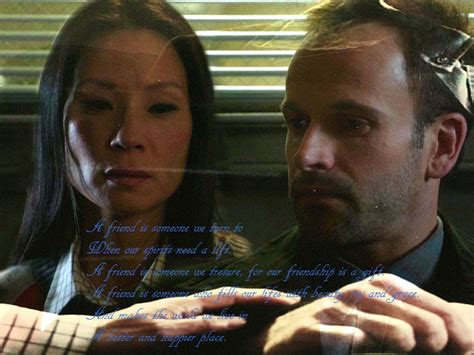 And as is so often the case, Freeman's reactions to this bizarre tableau spins what's already a striking, tense scene into comedy gold. This fist-biting moment from 221B's Christmas celebration sees Sherlock scornfully deconstructing Molly's choice of outfit and carefully wrapped gift, deducing that she's bought it for someone special, too oblivious to put two and two together until he finally sees his own name on the label.

What comes next is the kind of lovely, genuinely surprising moment of character growth that Sherlock occasionally pulls out of the bag. Our single regret about this brilliantly random moment, in which an irritated Sherlock laments his inability to get a cab after harpooning a pig, is that we never got to see him on the tube in this state.

If he happened to be taking the Central or Northern Line at rush hour, bloodstains and weapons wouldn't be far outside the norm. Looking back on the series, Andrew Scott feels like such a huge presence as Moriarty that it's strange to realize how limited his screen time has been, but the series two finale is finally where he gets to take center stage, and Scott grabs onto this gloriously theatrical, ostentatious opening caper with both hands.

Scored by a playful-cum-menacing classical overture (the appropriately titled 'The Thieving Magpie'), Moriarty simultaneously breaks into the Tower of London, the Bank of England and Bentonville Prison, steals the crown jewels and places himself voluntarily under arrest, all without breaking a sweat. “Looked a bit of a weirdo, if you ask me,” he sneers of Sherlock, who's just been taken away in handcuffs thanks to an elaborate frame-up by Moriarty.

Resigned, an uncharacteristically tearful Sherlock says goodbye, and John can only watch in transfixed horror as he throws himself from the roof of St Bart's. John, plainly wrecked, stands at Sherlock's grave and delivers a eulogy of sorts. 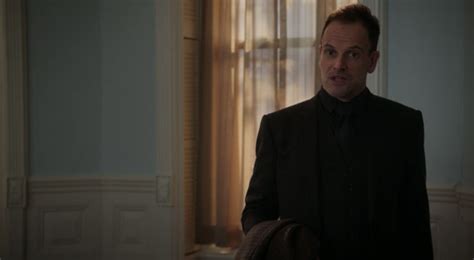 Freeman doesn't hit a false note as he delivers this disarmingly simple, painfully accurate expression of grief. The cut to reveal Sherlock watching from across the graveyard, answering John's prayer without his knowledge, doesn't make the moment sting any less.