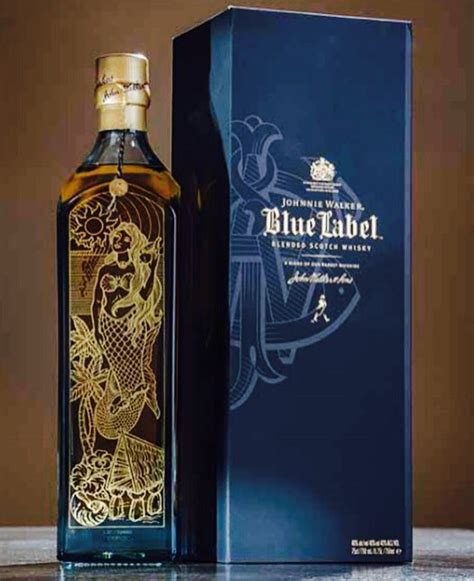 The Green Label is a 15-year-old Scotch whiskey because all the whiskeys used in the blend have been aged for at least that long. Fifteen different types of single malts are usually blended to make the Gold Label.

There are many exceptional whiskey bearing the Johnny Walker Colors, but this is without a doubt, the most complex and smoothest of all. It is sold in almost every country in the world with annual sales of around $223.7 million, which is around 700x ml bottles.

For you to understand a bit better the different scotch they offer, we will give you a list of their most famous and most incredible ones. This whiskey is defined by intense, spicy, zingy and edgy flavors.

It burst onto the palate with freshness of the spray from a crashing wave followed by the zing of spices and a smoky finish. It boasts with superior depth and complexity giving strong smoky and fuller flavor.

Aged in the finest whiskey casks it gives unique and bold flavors to this Scotch. Each of the malts is specially selected by their Master Blender in order to create the perfect balance.

With a rich gold amber appearance and a medium-full malt, you will feel the complex of its natural aromas. As a multi-layered blend it gives a smooth balance POF sweet fruits and creaminess that evolves into a honeyed note.

Johnnie Walker Scotch originates from the town Kilmarnock, where John Walker began making his whiskey in the early 1800s. John Walker’s son, Alexander, created his notable Old Highland Whiskey blend in 1867, which was a masterpiece at the time. 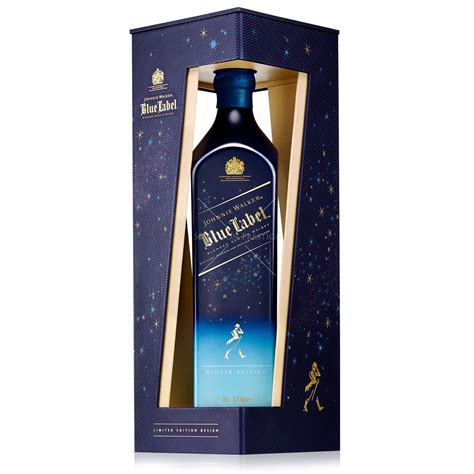 The Johnnie Walker Blue Label is a commemoration of that Old Highland Whiskey blend, and it has stayed true to the family’s original vision. Hints of honey, hazelnuts, oranges and sherry hit the senses first, giving way to kumquats, ginger, dark chocolate and sandalwood.

Just before the long finish, hints of dried fruit and pepper emerge, leading the drinker to a lingering, perfectly balanced and smoky culmination. Before taking that first sip, however, hold the glass to your nose and inhale gently to get the full sensory experience.

Check out prices for Johnnie Walker Blue Label Blended Scotch Whiskey and find a retailer or bar to enjoy this drink. It is the most widely distributed brand of blended Scotch whiskey in the world, sold in almost every country with yearly sales of over 130 million bottles.

Within the year, the family farm had been sold and the money used to set him with his own grocer’s shop in the thriving local town of Kilmarnock. When John finally passed away after a full and prosperous life in 1857, he left his son, Alexander, with a very healthy business.

Britain was the pulsating heart of an Industrial Revolution that was set to change absolutely everything. In Kilmarnock, the railway had arrived, carrying goods to the great ships that were plying regular routes to the four corners of the world. 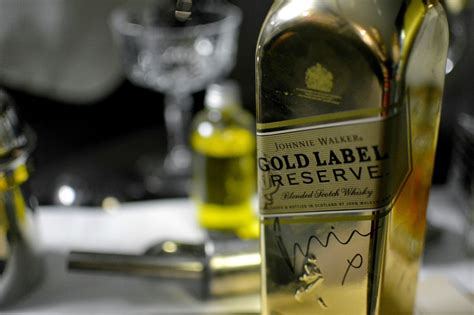 Soon afterwards, Alexander began using the famous square bottle to reduce breakages and made sure much more of his whiskey arrived intact at its destination. He also added the distinctive label, slanted at precisely 24 degrees, to make it stand out even further from the crowd.

In 1909, Alexander and George renamed their successful new range of whiskey after the colors of their distinctive labels. It was around this time that the leading young illustrator of the day, Tom Browne, sketched an idea for a logo on the back of a menu during lunch.

At a stroke, John Walker the Victorian grocer became Johnnie Walker, the Edwardian dandy. As the century progressed, it became part of global culture: immortalized by songwriters and filmmakers, idolized by socialites and movie stars, enjoyed by statesmen and walking shoulder-to-shoulder with the great sportsmen and women of the age.

Today, Johnnie Walker is the biggest whiskey brand in the world and its slogan has been adopted and embraced everywhere, as a rallying cry for progress, as encouragement in adversity, as a joyful expression of optimism and as the best piece of advice you’re ever likely to hear. Spicy and rich in the mouth with cinnamon stick, nutmeg and clove, undertones of vanilla custard.