I don’t have friends; I’ve just got one.”- Sherlock 4- ‘They say that genius is an infinite capacity for taking pains,’ he remarked with a smile. 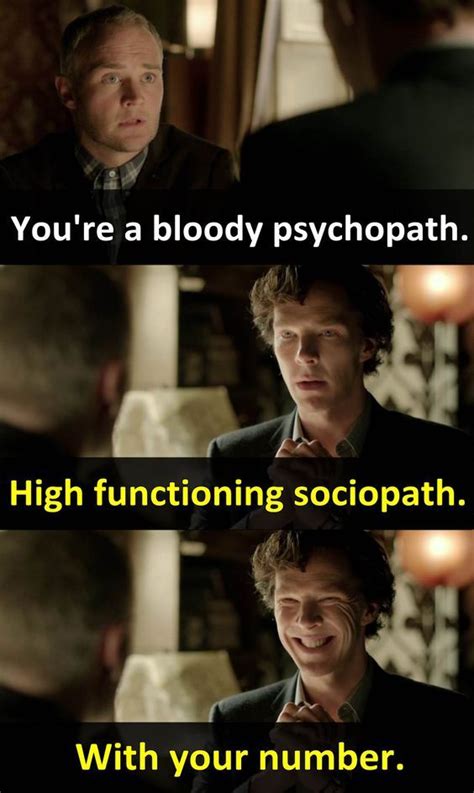 6- “You, being all mysterious with your cheekbones and turning your coat collar up, so you look cool.”-John Watson 7- ‘It is a capital mistake to theorize before one has data.

19- ‘It has long been an axiom of mine that the little things are infinitely the most important.’ 22- “I have the advantage of knowing your habits, my dear Watson,” said he.

27- “No no no no no, if you don’t stop prying… I’ll burn you. 30- So silent and furtive were his movements, like those of a trained bloodhound picking out a scent, that I could not but think what a terrible criminal he would have made had he turned his energy and sagacity against the law instead of exerting them in its defense. Observation of Dr. Watson‘The emotional qualities are antagonistic to clear reasoning.’ ‘My mind is like a racing engine, tearing itself to pieces because it is not connected up with the work for which it was built.’“My mind,” he said, “rebels at stagnation.

Watson's summary list of Sherlock Holmes's strengths and weaknesses:”1. After walks has shown me splashes upon his trousers, and told me by their color and consistence in what part of London he had received them.7. 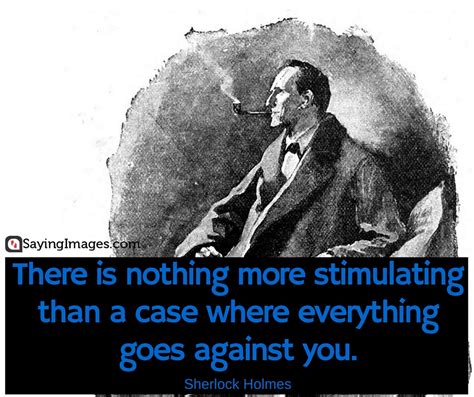 “Well,” he says, “astronomically, it tells me that there are millions of galaxies and potentially billions of planets. The clear, hard eyes were dimmed for a moment, and the firm lips were shaking.

See how that one little cloud floats like a pink feather from some gigantic flamingo. It shines on a good many folk, but on none, I dare bet, who are on a stranger errand than you and me.

His power of deduction and reasoning makes for suspenseful and engaging plots. His penchant for sarcasms delivers unexpected humor and his brutal honesty is just as satisfying.

The character itself already drives stories in remarkable ways that plot twists are really just the cherry on top of the cake. Created by British author Sir Arthur Conan Doyle, Sherlock Holmes first appeared in print in 1887 with A Study in Scarlet. 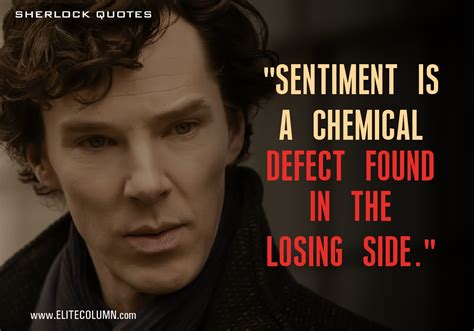 Most of the stories happened during the Victorian or Edwardian era and are narrated by our favorite sidekick Dr. Watson. Their tandem, which hinges on their tenacity to uncover mysteries, eventual friendship, and constant bickering and banter, is one of literature’s greatest.

The stories may be old, but they continue to delight new generation of audiences, especially with the latest BBC television adaptation starring Benedict Cumberbatch. This unforgettable detective is apparently heavily ingrained in our culture and fancy.

In fact, Sherlock Holmes is the most portrayed literary character in film and TV according to the Guinness World Records. Below is a collection of 22 Sherlock Holmes quotes that are both profound and entertaining.

The world is full of obvious things which nobody by any chance ever observes. It is a capital mistake to theorize in advance of the facts.

I trust that age doth not wither nor custom stale my infinite variety. Never trust to general impressions, my boy, but concentrate yourself upon details.

Mediocrity knows nothing higher than itself; but talent instantly recognizes genius. It has long been an axiom of mine that the little things are infinitely the most important.

How often have I said that when you have excluded the impossible whatever remains, however improbable, must be the truth. The chief proof of man’s real greatness lies in his perception of his own smallness.