He has a cool suit, loads of gadgets, the best fictional car that isn’t ECTO-1, and he’s really, wonderful at punching goons up in endlessly entertaining ways. While he's not always portrayed satisfactorily on screen, (because he’s deceptively hard to get right), on paper he's as interesting and important a part of the bat-equation as anything else. 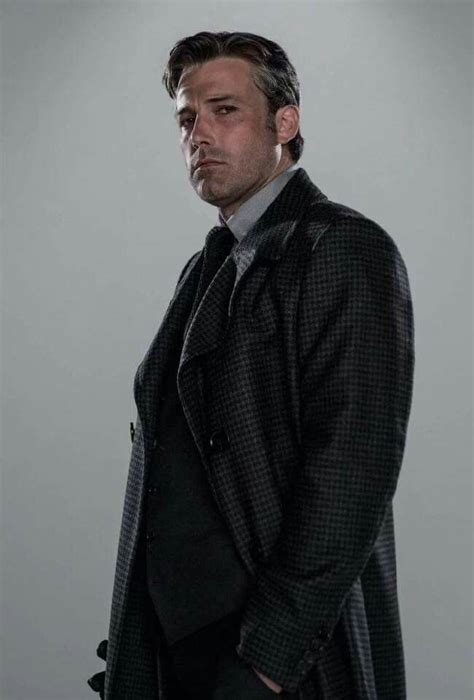 To get him right, you have to make Bruce embody a great many traits that are hard to convincingly balance, and that's before you even start trying to bond him with Batman. And the upbeat, cocky wit that naturally comes with knowing you’re almost always the sharpest man in the room, along with the knowledge of how isolating that can be.

But yeah, long story short, George did his best, and had a couple of scenes that showed the potential he had, if only he could have been cast in a serious Bat-flick. But every step of the way, he had his legs swept out from under him by Bat-credit-cards, airborne snowboarding, and the fact that Arnold ‘nightmarish miscast’ Schwarzenegger got top billing over the guy who played Batman.

Clooney eventually embraced the blame for the film’s wretched nature, but the tragic fact is that he was actually its one shot at quality. Wilson, you see, was the very first on-screen Batman that there ever was, appearing in the 1943 cinematic serial that kick started the entire 70-year adaptation craze that currently adorns our homes with far more cool plastic that than we’d ever admit in most social circles.

Skinny, mustachioed Alfred, for instance, was a product of the serial’s casting, actor William Austin being either removed from the contemporary comic book portrayal of a portly butler. Previously the comics had only included references to a secret tunnel from Wayne Manor to the barn that housed the Bat mobile.

You know that fake-asshole Schick that Christian Bale plays with in the Nolan trilogy in order to keep people distant? Wilson is all over that, playing it more than lighthearted, decadent lounger than hedonistic jerk, but snapping between the public persona and the real Bruce rather effectively. 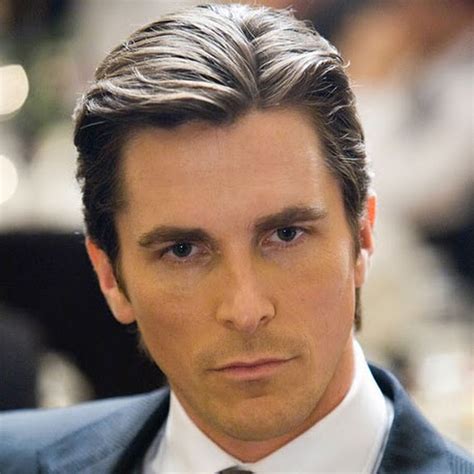 Okay, the man behind the mask(s) isn’t anything like as intense or driven as later Wayne's, but given the nature of the serial, he’s not bad. While the ’43 serial informed multiple, now-canonical elements of the bat-universe, one thing we categorically did not hang onto was the trope of good old-fashioned bat-racism.

An unfocused, incoherent story, crippled by cast-bloat and a complete disregard for logical narrative or character dynamics. In fact, he's one of several quintessential, textbook examples of a good Bruce Wayne simply being hamstrung by a bad director.

Effectively representing Bruce Wayne via all the obvious negative traits that traditionally get ignored in the name of suspension of disbelief (over-privileged, self-assured loner takes the fate of a city into his own hands, ignoring the basic values of law and order, because he’s strong and rich and knows better than everyone else), Lego Wayne is a fantastically funny, self-obsessed, arrogant douche whose fixation on his own miserable martyrdom (but simultaneous denial of the same) consistently holds him back from the happiness and effectiveness that he claims to personify. As such, he’s a perfect parody of the character, and a quietly excellent discussion of the legitimate themes at play under the surface.

On the one hand, he’s the longest-running, live action movie Wayne, with easily the most complete and interesting character arc. Rather, I always feel that the brilliance of the Nolan trilogy is down to the creative moving parts around the central character, rather than the man himself.

He’s also the only on-screen Wayne to really ramp up the ‘cocky, self-indulgent jerk’ persona in order to increase his distance from others, so that’s nifty. Yes, the Nolan trilogy isn’t exactly intended to be a pure adaptation of the comics, but rather a stripped back, more realistic remix. 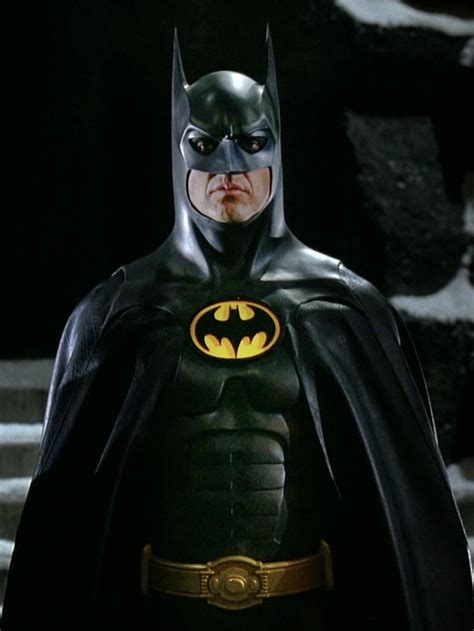 Another awkward case of ‘potentially good Bruce Wayne ruined by being in a flatteringly awful film, because oh my God, Joel Schumacher’. For all the Technicolor camp on show in Batman Forever, Killer’s Wayne remains largely grounded.

He really seems to get it, basically, to the degree that Batman co-creator Bob Kane actually cited him as his favorite on-screen Wayne of all time. It’s entirely arguable that Killer’s portrayal of Batman without the Catsuit goes a decent way toward holding the film’s tonal excesses together.

After a vast, spurting torrent of judgmental fanboy outrage at Tim Burton’s casting of a ‘comedian’ as Batman, many were simply relieved that he turned out to be such a decent straight actor. The distracted, not-quite-there vibe he gives off at the same time, like his mind is always on crucial matters that he can’t quite get to because he’s wearing the wrong clothes.

The intense focus on Something More Important Than This, layered with that discordant sense that he could shatter at any moment if he doesn’t maintain his concentration. One of the few cinematic scenarios in which Wayne almost fails to keep his day and night personas separate, the daylight showdown between not-quite-Batman and now-identified-Joker is brilliant.

When Conroy’s Bruce has moments of weakness and uncertainty, they always sound like the controlled breakdown of a man whose primary instinct is to never break down. And Conroy exhibits that fact constantly, his every word and deed dripping with propriety and decency, whatever personal turmoil or conflict he might be dealing with on the inside. 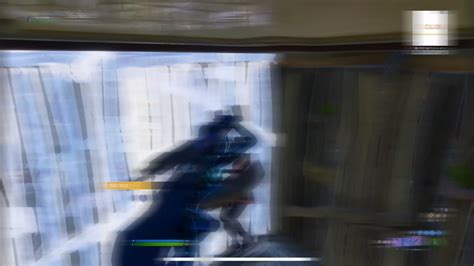 Most of the emotional weight in the scenes comes from Golf's delivery, while Clooney's Wayne has this smug smirk on his face seemingly inappropriate for a man so mentally scarred by the death of his parents that he's been driven to vigilantism. West's performance ranks above Clooney because he represents the classic Batman to a “t”, and for all the Bat merchandising he did create he never went to the bank and got a credit card in his name.

It's a fine persona to have in the presence of Alfred, but a bit more problematic when dealing with the public. Batman Forever may be one of the lesser films of the franchise, but Val Killer's performance as Bruce Wayne was actually pretty solid.

The professional nature, the boss-like attitude, the smile on his face despite his clear annoyance, that's the Bruce he puts out there for people to see. There are certainly shades of Michael Keaton's performance in Ben Affleck's Bruce Wayne, but he saves that for Alfred or people that piss him off.

The party scene between Clark and Bruce in Batman v Superman: Dawn of Justice is a great showcase of this, and exemplified the difference between Keaton and Affleck's Wayne. He cracked a joke to justify his attention to Diana, which falls in line with his playboy persona.

The plot presented a clear understanding that Bruce must maintain a certain public persona to keep from arousing suspicion about his life as Batman and executed it perfectly with the hotel scene. Christian Bale's performance doesn't just take the #1 spot for publicly displaying his extreme wealth and fake carefree persona either. 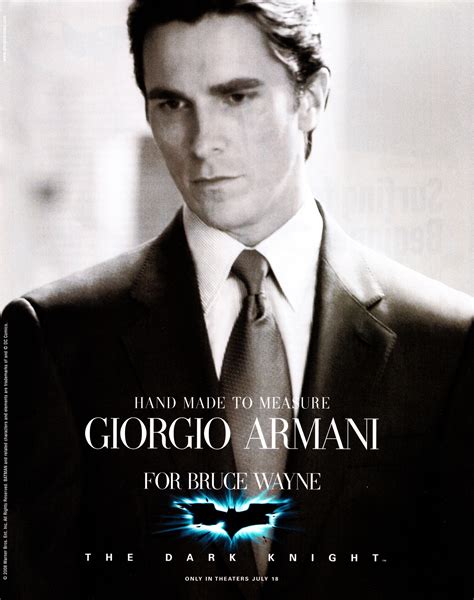 Bale's Bruce almost appeared to be having fun, which ground to a halt after a chance reunion with Rachel Dawes. Everyone is entitled to their own opinion, of course, so those with different ideas on where each Bruce Wayne falls and whether Bale's performance surpasses even that of DC Comics vision should share their thoughts in the comments below.

For more on Batman, be sure to check in on the latest news regarding Matt Reeves' solo film by visiting and bookmarking our what we know so far guide. He grew up on Star Wars, DC, Marvel, and pro wrestling and loves to discuss and dissect most of it.

The words spoken by the Joker in The Dark Knight envelop one of the greatest crises Batman can face: the world discovering his identity. Over the years, Batman's cinematic journeys have emphasized (to various degrees) the importance Bruce Wayne places on his mask, its symbolism, and the protection it affords others.

Unmasking The Dark Knight serves the stories that are being told through incorporating conflict as well as catharsis, making it a powerful tool at a screenwriter's disposal. Long-time fans were also understandably perplexed when they saw Bruce's trusted butler, Alfred, willfully let Vicki Vale into the Bat cave.

Co-writer Sam Hamm explains it wasn't his choice to put the scene into the movie, saying “that's Alfred's last day of employment at Wayne Manor,” but that the tightening production schedule necessitated the addition. It's actually a little surprising that more members of Wayne Enterprises hadn't deduced Bruce's secret identity in The Dark Knight trilogy, considering his continued usage of his company's extensive toys. 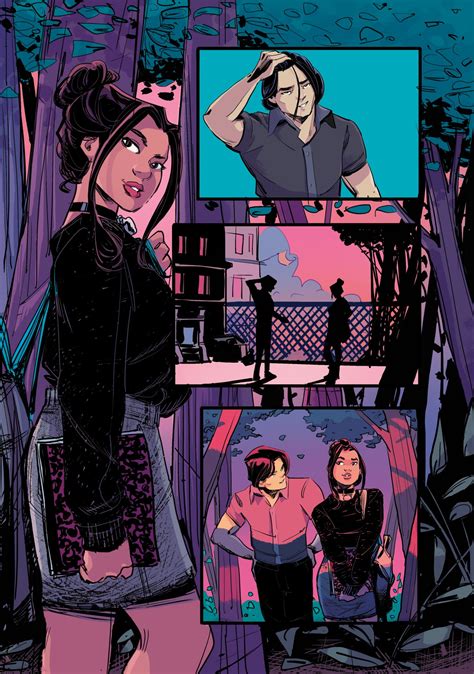 Company employee Coleman Reese ends up making this deduction and takes his findings to Lucius Fox. Reese wisely retracts his blackmail proposal and leaves, only to later make an even more foolish move by putting himself in the Joker's cross-hairs.

Yet one thing it earnestly attempts to do is explore Bruce's dark psyche, something director Joel Schumacher wished he could've done more of. Throughout the story, Bruce examines his fears and his childhood with Dr. Meridian and asks fairly existential questions about being Batman.

Over time, Bruce learns to see the idealism in Blake, something he once possessed, and attempts to mentor him along the way about the importance of protecting loved ones by maintaining secrecy. Ezra Miller's Barry Allen was one of the more popular aspects of Justice League, incorporating humor and heart into the bleak cinematic universe established by Zack Snyder.

Audiences could tell from the moment the teaser trailer for The Dark Knight Rises hit that Batman was in for something harsh. The best scene in Batman Returns takes place as Bruce Wayne and Selina Kyle meet at Max Shrek's lavish party.

In addition to the excellent acting on behalf of Michael Keaton and Michelle Pfeffer, the quieter, emotional moment that's allowed to play out is punctuated by their mutual revelations of each other's masked identities. After quarreling over Selina's wish to kill Max, Bruce attempts to calm her down and the pair repeat the phrases each had said to one another earlier than Batman and Cat woman. 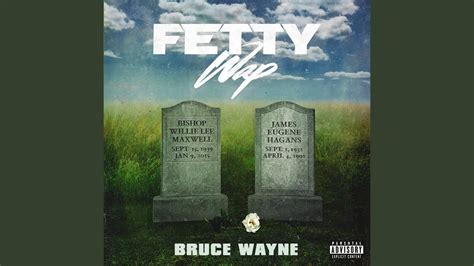 Upon realizing there's more to their relationship than they previously knew, they stare disbelievingly into each other's eyes until they decide it's best to leave the party towards an uncertain outcome. Batman tells the Commissioner that heroes can be anyone, even someone doing something as simple as comforting a traumatized child whose parents had just died, to remind them that the world hadn't ended.