Best Books On The Watergate Scandal 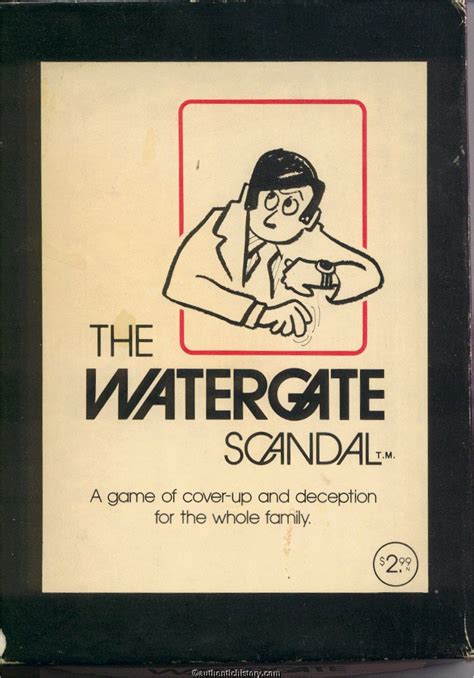 Downstairs at the White House: The story of a teenager, an Oval Office, and a ringside seat to Watergate. You need to analyze and read from several sources to deduce the actual version of events that took place and what lead to the biggest scandal of US history.

The best way is to read several books from different authors and analyze their perspective and point of view into the Water Gate scandal. In this fast-paced memoir during his tenure at the Whitehorse, Donald has penned down his experience in a beautiful way that contains presidents, first ladies, and the shock full events that changed the United States political history forever.

The incidents are what you can expect from a teenager to be, and this book is great for a light read with joyful events and evident factors involved in a mass political scandal, Watergate. In this book, Bob Woodward closes one of the last chapters of Watergate by in-depth and elaborative information about one of his friends in FBI, W. Mark Felt who provided insider on the scandal.

W. Mark Felt was former number 2 man in the FBI and was the source that led Bob and Carl to find out the information about Watergate and breaking the story. The incidents behind sharing this story and actual information are penned down in this book firsthandedly by Bob. 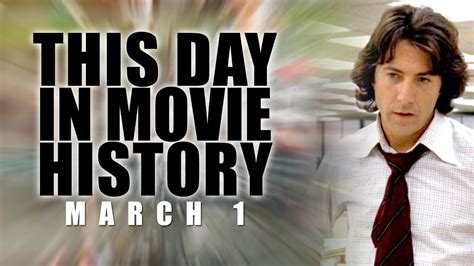 Such huge scandals are hard to forget for nations, and they leave an impact behind that lasts for generations. Shadow by Bob Woodward is the summary and in-depth insight on the ripples caused by Watergate in the political world of the USA and its long-lasting impacts that have haunted 5 next presidents during their tenure.

While it is hard to count the conspiracy theories stating the whole scandal as a hoax and an attempt on power by institutions. This book provides documented answers in the light of recent investigations that are to date, unable to find the motives behind supposed Nixon’s attempts at Watergate and other Whitehorse institutions.

Geoff Shepard, termed this as the public was enraged and the prosecutor’s collaboration with the friendly judge caused all the judicial and political mess by making the whole scenario complicated for Nixon. The book is backed by valid arguments and numerous facts that make sense if you see it in the light of future events.

This book contains a unique perspective and signifies the sentiments and feelings of the public during those hard times of uncertainty of the USA’s political image and future. Written by one of the most famous US historians, James T. Patterson, Restless Giant is the tale of USA’s political scenario of the 27 years between the resignation of President Nixon and the election of George W. Bush.

The book has a crisp and precise insight on social, cultural, political, economic and international developments that were made possible in these 27 years. The book has insight on numerous important events that took place in those years and their impact on the USA’s political scenario.

Best-selling author, Tom Brokaw was a young NBC reporter at the time, and his enthusiasm to bring out the truth and finding out the actual version of interests led him to press conferences by PR of the Whitehorse. He has mentioned facts and presents a comprehensive version of events that are most close to reality in this highly appraised and endorsed book.

Richard Nixon is the only president in the United States history to have ever resigned and the Watergate scandal that caused his fall in the political career is still shady. There are a number of theories backed by solid arguments that this was a hoax, a plot for seizure on power fuelled by institutional collision.

During his presidency, the USA was going through the roughest time in history and administering the country so large and influential was not an easy job. Butler has put into words, President Nixon’s tenure and his clashes with the institutions he feared and resented.

He has also shed light on the factors of political tension and the personal history of Nixon that played a major role in the Watergate scandal in this book. However, the up break in the fame of Watergate was caused by the Nixon scandal, and it has etched the name into every American citizen’s mind for eternity.

In this book, Joseph Roots elaborates on the stories of residents of Watergate and how it has been accommodating journalists, politicians, socialites, and spies. Secret Agenda by Jim Hogan is one of those books that shed light on possible theories involved behind the disruption of the Watergate scandal.

Ashton Gray’s Watergate : The Hoax is an elaborative explanation of how all this was planted on Nixon and how the CIA played a major role in the process. He also states that this all Watergate scandal was just a hoax, designed to relieve president Nixon from the office due to his conflicts with institutions and his methods were not acceptable for all.

The impact of journalism over the public is undeniable and the way it influences the thinking process can change history. Written originally by Jon Marshall and Foreword by bob Woodward, Watergate’s legacy and the press sheds light on numerous public reporting and news that still do not have any source to back by and were a mere hoax to disembark and scandalize the public image or President Nixon. 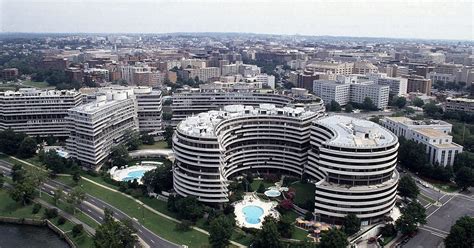 This book contains 20 private family photos never seen before and all the events that took place in President Nixon’s life after his resignation in 1974. John O’ Connor, deep throat’s lawyer has penned down his realizations as to how Washington Post has betrayed their client by covering up the truth behind Watergate.

A tale that was broke by Bob Woodward and Carl Bernstein that disrupted the American political history and was vigorously debated ever since. Keith has penned down the events that actually took place unbiased and what factors might have contributed towards the instances.

All the President's Men is a 1974 non-fiction book by Carl Bernstein and Bob Woodward, two of... more on Wikipedia 2 Subjects: Lewinsky scandal, Watergate scandal Shadow: Five Presidents and the Legacy of Watergate is a 1999 book by Washington Post... more on Wikipedia 3 A 600-page exposé with never-before-published documents of the FBI and of the CIA's top-secret remote viewing program. 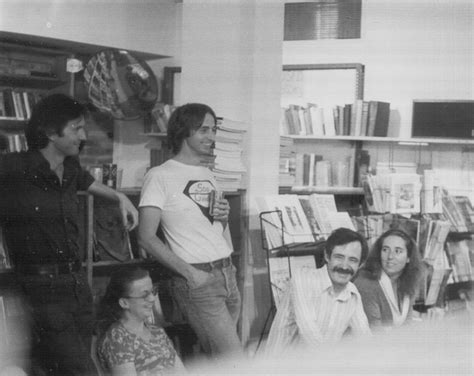 We are made by history.” So, this January, as we celebrate Martin Luther King... But all of Lukas’s painstaking reporting on Nixon’s last months in office appears here, along with added information on every aspect of Watergate.

Widely acclaimed as a major text of the Watergate saga, J. Anthony Lukas’s Nightmare is a masterwork of investigation, highlighted by in-depth character sketches of the key players. For students of history coming to these events for the first time, this book reveals in depth the particular trauma of a nation in turmoil; for those who remember, the upheaval and what was at stake are once more brought to life.

These notes and diary dictations, quoted throughout this book, provide a unique insight into the complexities of the modern presidency and the great issues of American policy and politics. In Shadow, Bob Woodward takes us deep into the administrations of Ford, Carter, Reagan, Bush and Clinton to describe how each discovered that the presidency was forever altered. 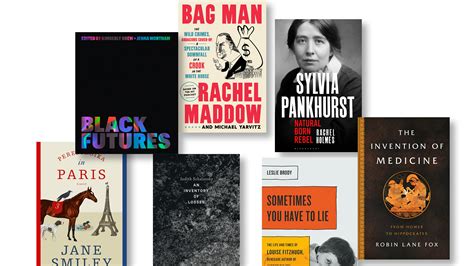 With special emphasis on the human toll, Woodward shows the consequences of the new ethics laws, and the emboldened Congress and media. Powerful investigations increasingly stripped away the privacy and protections once expected by the nation’s chief executive.

In 1978, he co-authored The Ends of Power with Joseph Di Mona, in which he took responsibility for fostering the atmosphere in which Watergate flourished, a stark contrast from Ehrlich man, who never forgave Nixon for not pardoning him. Yet remarkably, four decades after he was forced to resign, no one has told the full story of Nixon’s involvement in Watergate.

In what will stand as the most authoritative account of one of America’s worst political scan­dals, The Nixon Defense shows how the disastrous mistakes of Watergate could have been avoided and offers a cautionary tale for our own time. It unleashed one of the greatest scandals in modern American politics and ended with Nixon’s humiliating resignation.

In 1980, G. Gordon Lindy shocked, surprised, and, ultimately, delighted the world with his vivid, brutally honest, and controversial autobiography, Will. Now available in hardcover for the first time in over fifteen years, and updated to bring his amazing story to the present day, G. Gordon Lindy’s Will is sure to remain an inspiring and necessary volume for generations to come.

# Books AuthorsLists 1431 Days: The Crisis That Gave Us the Government We Have Today Barry WerthGoodreads15Abuse of Power: The New Nixon Tapes Stanley I. KutlerGoodreads16American Spy: My Secret History in the CIA, Watergate and Beyond. Howard HuntGoodreads17Being Nixon: A Man Divided Evan Thomas Hub18Born Again Charles W. ColsonGoodreads19Breach of Faith: The Fall of Richard Nixon Theodore H. WhiteGoodreads20Chasing Shadows: The Nixon Tapes, the Renault Affair, and the Origins of Watergate Ken HughesGoodreads21Chief counsel: Inside the ErvIn Committee–the untold story of Watergate Samuel DashGoodreads22Frost/Nixon: Behind the Scenes of the Nixon Interviews David FrostGoodreads23How the Good Guys Finally Won24Humor of a Country Lawyer Sam J. ErvinGoodreads25In Nixon’s Web: A Year in the Crosshairs of Watergate L. Patrick GrayGoodreads26In the Shadow of the White House: A Memoir of the Washington and Watergate Years, 1968-1978Jo HaldemanGoodreads27Leak Why Mark Felt Became Deep Throat Max HollandGoodreads28Lost Honor John W. DeanGoodreads29Most Dangerous: Daniel Ells berg and the Secret History of the Vietnam War Steve SheinkinGoodreads30Nixon & Rockefeller31Nixon Agonists: The Crisis of the Self-Made Man Gary Willie Hub32Nixon and Kissinger: Partners in Power Robert DallekGoodreads33Nixon’s Secrets34Nixonland: The Rise of a President and the Fracturing of America Rick PerlsteinGoodreads35Personal History Katharine GrahamGoodreads36The Arrogance of Power: The Secret World of Richard Nixon Anthony SummersGoodreads37The Cassandra Project Jack McDevittGoodreads38The Great Cover up: Nixon and the Scandal of Watergate Barry SussmanGoodreads39The Alderman Diaries: Inside the Nixon White House. R.