Wayne Short is arguably one of the best saxophonists of all time, not to mention a great composer. To make it easy for you, we haven't included WayneShorter singles, EPs, or compilations, so everything you see here should only be studio albums.

If you think the greatest WayneShorteralbum isn't high enough on the list, then be sure to vote for it, so it receives the credit it deserves. The American jazz saxophonist has released a long list of albums throughout his career, along with winning the Polar Music Prize.

24 Tracks: At the Fair, Black Swan (In Memory of Susan Portland Romeo), On the Milky Way Express With all due respect, if you take Lee Morgan away from me, I still have Clifford Brown and Freddie Hubbard and Nat Adderley.

I first became aware of the name WayneShorter as a freshman in high school when, in perusing of Musician magazine there was a long interview with him and Carlos Santana (who I already loved) about their then-current collaboration. But not long after, George Radio (my jazz teacher throughout high school) loaned me Speak No Evil and my ears began to open up.

To say it blew my mind would be largely missing the point, because it immediately made sense to me on an intuitive level. Note that these are just tunes from Wayne’s records as a bandleader (which spares me from also having to accommodate his contributions to the Miles Davis Quintet, Art Blake and the Jazz Messengers, Weather Report and so on).

This track in particular showed me, through the writing, Wayne’s incredibly soulful and melodic solo and Elvin Jones’ hard-swinging drums, how such harmonically advanced music could actually evoke the blues as powerfully as anything by Robert Johnson. This is where I steer students first when I want them to understand how to play in 3/4 time in a manner that is neither boxy nor amorphous, thanks in large part to Joe Chambers’ drumming. 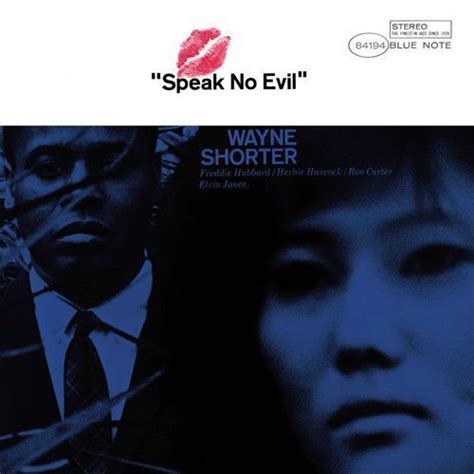 Wayne and Herbie Hancock both play with immense soul here, particularly inspiring given the quirks of the chords they are navigating. It was years before I heard Jimmy Roles’ original version of the song (from Jive For Five by the Bill Holman/Mel Lewis Quintet) and while I enjoy that too, it served more to help me fully appreciate just how much of a stamp Wayne put on his arrangement of the tune.

A tender Portuguese reading of the Job classic by Walter Booker (usually a bassist, here on nylon-stringed guitar) and his wife Maria on vocals is sandwiched between segments of passionate dissonance with Wayne on soprano and a large and energetic rhythm section featuring Sonny Shamrock’s guitar and the percussion of Air to, Jack DeJohnette and, on drums, Chick Core. During the era when a groove tune was expected to open many Blue Note records, Wayne figured out how to do that without any compromise to the depth of his vision (which one could cite as foreshadowing his successful work in fusion, though I ain’t going’ there).

This soulful but edgy track features powerful Shorter soprano work over a rich, dense rhythm section augmented by Ron Carter’s cello and Chick Core’s marimba. The Soothsayer is to me kind of like Stevie Wonder’s Hotter Than July or Coltrane’s Plays the Blues in that it’s not one of my top 5 records for that artists, but I’d probably listen to it constantly if it was the only one I had.

The frontline here (with Freddie Hubbard and James Spaulding) is extremely powerful, as is the too-rare rhythm section pairing of the Ron Carter/Tony Williams duo with McCoy Tyler on piano. This track shows the sensitivity and rapport of Danilo Perez, John Pattitucci and Brian Blade and features some extremely powerful work by Wayne on both tenor and soprano (at times, thanks to overdubbing, simultaneously).

It is difficult to put into words the manner in which he balances the tradition with his own unique phrasing and harmonic sense, so I’ll give the cop-out of simply urging you to listen for yourselves! While his Blue Note opus Speak No Evil turns fifty this month, WayneShorter’s sound has reached way beyond the structures of straight-ahead jazz. 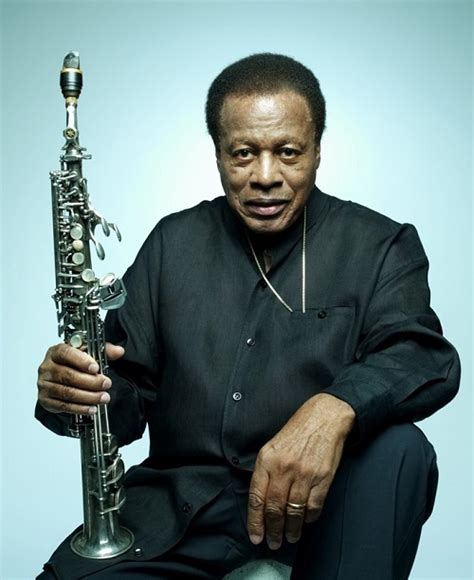 At home in fusion, rock and Brazilian contexts, the saxophonist has one of the most impressive resumes in music and a catalog all collectors worth their salt should be aware of. 1964: Backstage at a Jazz Messengers gig, the group’s drummer and leader Art Blake nervously picked up a ringing phone.

Shorter’s eventual addition to Davis’ group would provide the missing piece for the Second Great Quintet, an ensemble that arguably stretched the possibilities of the straight-ahead jazz combo as far as they could go. Shorter’s flexible musicianship allows him to effortlessly play bebop, fit seamlessly into jazz-rock and Brazilian-inspired contexts, and create some of the most captivating small group music of the modern jazz scene.

Recorded less than a year after Speak No Evil, this album is more openly conceptual than its predecessor: according to Nat Hen toff’s liner notes, the music “depicts God looking over the universe before His act of Creation”. After locking himself away in his room away from the usual jazz lifestyle while on tour, Shorter would politely hand Davis these remarkably challenging new charts that would immediately dominate the Second Great Quintet’s repertoire.

Known for his ethereal falsetto, the fluidity of Nascimento’s Portuguese effortlessly integrates with the sound of Shorter’s soprano saxophone and Hancock’s electronic pianos. Shorter’s contributions to Nascimento’s ‘Point de Areia’ and ‘Miracle of the Fishes’ are particularly inspiring, while his own ‘Ana Maria’ and the grooving ‘Beauty and the Beast’ take this record beyond an exceptional Brazilian-jazz fusion album to an unqualified masterpiece.

Shorter and Austrian-born keyboardist Joe Painful, another alumni of Davis’s electronic bands, co-founded Weather Report to further explore the synthesis of jazz and rock. The album’s final track, ‘Goodbye Pork pie Hat’, originally written by Mingus in memoriam to saxophonist Lester Young, is here repurposed through Mitchell’s new lyrics and the spontaneous accompaniment from Shorter & co. to bid farewell to the larger-than-life bassist. 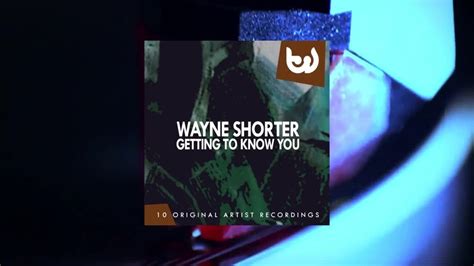 Shorter’s soprano saxophone, once necessary to cut through the dense electronic textures of Miles’s electric bands and Weather Report, instead supplies an intimate setting on 1 + 1. Of particular note is the album’s second track, ‘Sung San Sub FYI’, an homage to the Burmese politician, civil rights activist, and Nobel Prize winner that would earn Shorter a Grammy for Best Instrumental Composition in 1998.