He is remembered as the mute servant Bernardo in Walt Disney's live-action Spanish Western series Zorro (1957-1959). Born in Columbus, Ohio, Sheldon began acting at an early age, serving as stage assistant to his father Earl, a magician.

The next year, he had a small part in the early Fred Astaire, Ginger Rogers musical Roberta as a banjo player in the film's band: In the musical number “Let's Begin” he had a short comedy scene tuning the banjo and afterwards dancing in the comedy dance number with Fred Astaire and Candy Candid. Sheldon appeared in the Broadway revue Priorities of 1942, performing a comedy banjo act in which he did not speak, wearing an outfit resembling the costume of silent film comedian Harry Landon and mimicking some of Landon's distinctive gestures.

An often-seen act, in the Golden Horseshoe Revue episode of the Walt Disney anthology television series, was as a banjo player who kept getting his fingers stuck in the strings. His other speaking roles were banjoist Sam Jordan in the 1951 musical Golden Girl, notorious alcoholic Puff the Clown in Paramount's 1954 film 3 Ring Circus and in Disney's 1960 film Toby Tyler as Sam Treat, a clown and animal trainer who is one of Toby's mentors and protectors.

This characterization, an innovation over the deaf Bernardo of the original stories, employed Sheldon's pantomime skills while making the character more integral to the series. Sheldon reprised the role in four further Zorro adventures that appeared on the Walt Disney anthology television series in 1960-1961.

In the original story, The Curse of Capistrano by Johnston McCully, Bernardo was a Native American deaf. However, beginning with Disney's television series, Bernardo became merely a red-haired Spanish mute who pretended to be deaf, so he would be able to act as Zorro's secret agent. 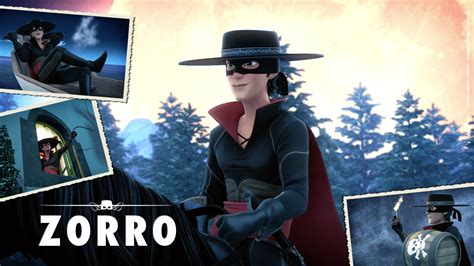 The character has undergone changes through the years, but the typical image of him is a dashing black-clad masked outlaw who defends the people of the land against tyrannical officials and other villains. In response to public demand fueled by the film, McCully wrote more than 60 more Zorro stories, beginning in 1922.

In “The Curse of Capistrano”, Don Diego Vega becomes Señor Zorro in the pueblo of Los Angeles in California “to avenge the helpless, to punish cruel politicians”, and “to aid the oppressed.” He is the title character, as he is dubbed the “Curse of Capistrano.” While Lolita is unimpressed with Diego, who pretends to be a passionless fop, she is attracted to the dashing Zorro.

Pedro Gonzales, Zorro’s enemy but Diego’s friend; Zorro’s deaf and mute servant Bernardo ; his allay Fray (Friar) Felipe; his father Don Alejandro Vega; and a group of noblemen (caballeros) who at first hunt him but are won over to his cause. In later stories, McCully introduces characters such as pirates and Native Americans, some of whom know Zorro’s identity.

In “The Curse of Capistrano,” Diego is described as “unlike the other full-blooded youths of the times”; though proud as befitting his class (and seemingly uncaring about the lower classes), he shuns action, rarely wearing his sword except for fashion, and is indifferent to romance with women. A notable exception to this portrayal is Disney’s Zorro (1957–59), where Diego, despite using the original facade early in the series, instead becomes a passionate and compassionate crusader for justice and simply masquerades as “the most inept swordsman in all of California.” In this show, everyone knows Diego would love to do what Zorro does, but thinks he does not have the skill.

While Diego pretends to be inept with a sword, the rest of his facade is actually exaggerating his real interests. In his first appearance, he wears a cloak instead of a cape, and a black cloth veil mask covering his whole face with slits for eyes.

His favored weapon is a rapier, which he often uses to leave his distinctive mark, a Z cut with three quick strokes. In the 1990s series episode 9, The Legend Begins, part 2, Felipe, the DE la Vega family servant boy takes Diego to the hideout cave to show him a lone fox hiding in there.

Zorro is an agile athlete and acrobat, using his bullwhip as a gymnastic accouterments to swing through gaps between city roofs, and is very capable of landing from great heights and taking a fall. Although he is a master swordsman and marksman he has more than once demonstrated his prowess in unarmed combat against multiple opponents.

His calculating and precise dexterity as a tactician has enabled him to use his two main weapons, his sword and bullwhip, as an extension of his deft hand. Zorro’s boots are also sometimes weighted, as is his hat, which he has thrown, Frisbee-style, as an efficiently substantial warning to enemies.

McCully’s concept of a band of men helping Zorro is often absent from other versions of the character. He is a capable and invaluable helper for Zorro, sometimes wearing the mask to reinforce his master’s charade.

The Family Channel‘s Zorro television series replaces Bernardo with a teenager named Felipe, played by Juan Diego Bottom, with a similar disability and pretense. The historical figure most often associated with the Zorro character is Joaquin Murrieta, whose life was fictionalized in an 1854 dime novel by John Rolling Ridge.

As a hero with a secret identity who taunts his foes by signing his deeds, Zorro finds a direct literary predecessor in Sir Percival Blackened, hero of the Scarlet Pimpernel pulp series by Baroness Emma Crazy. The 1890s penny dreadful treatment of the Spring Heeled Jack character as a masked avenger may have inspired some aspects of Zorro’s heroic persona.

Spring Heeled Jack was portrayed as a nobleman who created a flamboyant, masked alter ego to fight injustice, frequently demonstrated exceptional athletic and combative skills, maintained a hidden lair and was known to carve the letter “S” into walls with his rapier as a calling card. Like Sir Percy in The Scarlet Pimpernel, Don Diego avoids suspicion by playing the role of a dandy who wears lace, writes poetry, and shuns violence.

This character was the first Mexican black-clad masked rider on a black horse to appear on the silver screen. Fairbanks’s costume in The Mark of Zorro, released the following year, resembled that of the Rider with only slight differences in the mask and hat.

Diego, Jr., breaks his leg shortly after launching his career as a new Zorro, and his gay twin brother Ramon, now calling himself Bunny Wiggles worth, volunteers to fill in while he recuperates. Sony also plans another film with a script by Matthew Federal and Stephen Scala based on the novel by Isabel Allende. 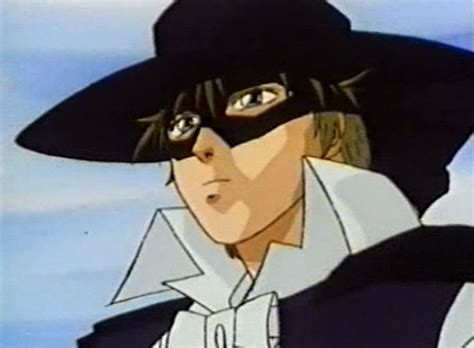 A modern alternative to Banknotes and CliffsNotes, Supernumerary offers high-quality study guides that feature detailed chapter summaries and analysis of major themes, characters, quotes, and essay topics. Biographical in form, it is the origin story of the Pulp Fiction hero Diego de la Vega (best known as “El Zorro, ” which is Spanish for “The Fox”).

Zorro premiered in the early 1900s in several works of literature, most famously the 1919 novel The Curse of Capistrano by Johnston McCully. Split into six parts, it begins in Diego’s childhood, following him through the development of his Zorro alter ego and his vigilante efforts in America.

In 1790, the Spanish Captain Alejandro de la Vega travels to a San Gabriel, California missionary camp to protect it from attack by the notorious Indian Chief Gray Wolf. Defeating Chief Gray Wolf, Alejandro discovers that she is a young woman named Calpurnia.

Diego grows up close to another young boy, Bernardo, the son of Regina’s friend Ana. En route to Spain, Bernardo and Diego stop in Panama City and learn to sail.

Diego encounters a ship captain, Santiago de Leon, whose skepticism and adventurousness inspire him. In Barcelona, Diego falls in love with Juliana, the daughter of his host, Don Tomas de Romeu.

His fencing teacher, Escalate, tells him about an underground rogue justice agency called La Justice. From the gold medallions that they both wear, Zorro deduces that Escalate and DE Leon are members.

Diego successfully passes the initiation test into La Justice, taking up the name Zorro. As his first task, he rescues Amalia and several other hostages from Napoleon’s Spanish emissary, Le Chevalier Duchamp, by threatening to kill his daughter.

After Montana conveniently appears to save them, Diego discovers that he employed the girls’ assailants to stage a dramatic rescue. Don de Romeu is arrested, and Juliana agrees to marry Montana in exchange for his help to rescue him.

Disguised as devout Christians making pilgrimages, Diego, Isabel, and Julia walk across Spain to the Atlantic port. At the port, Diego finds Captain de Leon, who offers to take them on his ship to Cuba.

Before the ship can land on the island country, the notorious pirate Jean Lafitte stages an ambush. Lafitte abducts Diego and the girls, taking them to Louisiana, where they are held hostage to extort money from Alejandro de la Vega.

Juliana falls in love with her captor but eventually discovers he is quietly married to Catherine a Creole woman. Catherine gets sick and dies before anyone finds out, but leaves Juliana her blessing to marry Lafitte and raise her son, Pierre.