Baby Is A Late Walker

When Hard Levant’s son, Matthew, still hadn’t taken his first steps at nearly 18 months old, she was worried. She took him to her doctor, who assured her it wasn’t a developmental issue, given that he had already accomplished other milestones, like talking. 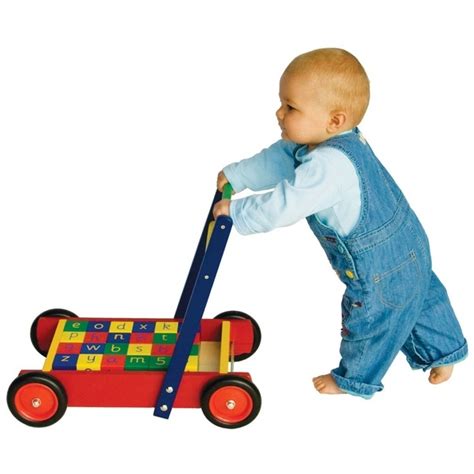 Fast-forward three years and Levant’s second kid, Isabelle, is nearing the 18-month mark and following in her brother’s footsteps, or lack thereof. Joanne Kay, a fellow Calgary mom, had a similar experience with her daughter, Alex, who barely took a step until she hit 15 months.

Kay’s first child, Aidan, started walking right on schedule at 12 months, and he skipped crawling altogether. I knew she would walk eventually, and I had a better idea of what to expect.” Still, when Alex did start putting her feet to work, Kay was relieved.

Consider whether your child lags behind in other areas, such as speech, social interaction and fine motor skills. Lisa River, a pediatric physiotherapist in Hamilton, Ont., suggests observing your toddler for the following: if he has equal use of both sides of the body; whether he can get in and out of a sitting position on his own; whether he crawls on hands and knees or moves around on his bottom; whether he’s beginning to pull himself up to stand or cruise along furniture; and whether he will take weight on both legs with feet flat when you’re supporting his torso.

You can also try to carry your child less often, and encourage play in a variety of positions and levels, such as crawling over cushions or kneeling. Everyone kept asking, “Is he walking yet?” My daycare provider would bicycle his little legs to try to speed up the process.

But our family doctor told us not to worry because Evan was developing well and meeting his other milestones. A few years later, when his little sister, Hannah, was still crawling at 15 months, I figured she was on her brother’s timetable.

But when the nine-month-old in your Mother Goose class is handily navigating the room on two feet and your 15-month-old is still on all fours, a parent can start to worry. “The quality of movement is sometimes more important than the child’s ability to stand on two feet,” he says.

For example, parents should pay attention to their baby’s strength, muscle tone and whether she can use both sides of her body equally well. “Babies with a laid back temperament, though not entirely proven by literature, tend to be late in crawling and walking.

If you are worried at any point, there is nothing wrong with contacting your doctor or a physiotherapist,” he says. Anne-Marie Hamilton, a partner and pediatric physiotherapist at Pediatric Physiotherapy Associates in Toronto, says many babies simply lack the opportunity to start walking.

Anne-Marie says that bicycling your baby’s legs or putting them on their feet and trotting them around doesn’t help develop motor skills. She suggests helping your baby walk while holding their hips, so they are controlling their trunk themselves.

But be careful not to join the neighborhood race to see whose baby walks first. I ask the father, warming up my stethoscope so my young patient Matthew isn't startled by the cold metal. 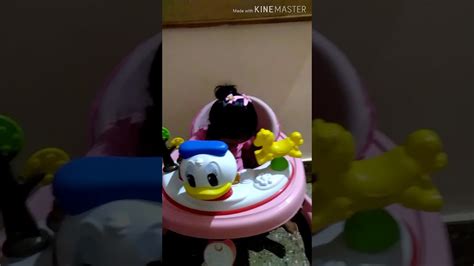 How can a parent differentiate between a late walker and a child with a gross motor delay? Dr. Glass says it is important to consider the infant's personality, strength, overall muscle tone, and interest.

In other words, a child who even attempts to pull up to a stand and try to walk is less likely to have a delay. If children are meeting these milestones but are late to start walking, this is less concerning, Dr. Glass says.

Some babies are curious watchers; others are more active, exploring their environment physically. Babies who have advanced social and engaging skills may be later walkers because they're more interested in watching the world around them and are more cautious in the realm of motor development.

But over the course of writing two books about this time of life, I’ve come to appreciate that there are some things you simply can not anticipate: things people don’t talk about, sometimes because they are sad, sometimes uncomfortable, sometimes just plain weird. Acknowledging the data can often relieve a lot of the pressure on parents, either by reflecting experiences that feel isolating at the moment or by presenting us with a greater range of choices than we might have thought we had.

In that spirit, I have a series of pieces in Slate this week about how data helps illuminate childbirth and parenting’s most under discussed topics. When he was a floppy 6-week-old infant, she was 4 and a half months old, well on her way toward being a real, solid, baby. 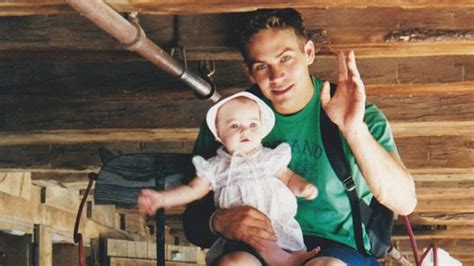 It is sometimes easy to ignore the way your children differ from the average, but walking was so visible, so salient. At Penelope’s 15-month well-child visit, our very practical and pragmatic pediatrician, Dr. Li, told me not to worry that she wasn’t walking.

She’ll figure it out.” I did not have Dr. Li’s relaxed confidence or breadth of experience. Perhaps because she was so old by the time she learned, she never fell down much, either, just went from crawling around to walking normally in a day or two.

If your child doesn’t walk until 17 months, is she doomed to be picked last on the kickball team? Correspondingly, failure to achieve these milestones at the time we expect tends to worry parents.

Specifically, we can use data collected and collated by the World Health Organization to look at not just the average age of walking (which is indeed around a year) but the whole distribution. CribsheetThe literature on development contains all sorts of other surprising facts about the wide ranges in physical milestones, most of them quite comforting.

I don’t know if it’s just that researchers are not interested in predicting elite athletic performance. So don’t be surprised if your child is a late walker, or a late crawler, or an early walker or a non-crawler.

As with most issues in parenting, the key is not to panic when things don’t progress exactly as you expect. We update links when possible, but note that deals can expire and all prices are subject to change.

If you are truly worried, call your state early intervention birth to 3 department for an evaluation. It's free and can help identify a problem or set your mind at ease.

He grew up being super coordinated, rarely ever has gotten hurt in his whole life. By 3 and a half he was not only talking, but sounding out words and teaching himself to read.

Unless there's some real red flags that your pediatrician would notice, I would let things develop naturally! He'd had frequent ear infections and got tubes at 10 months old.

It's definitely worth calling your state's early intervention program for an evaluation to give you piece of mind and to get him services if he needs them. Also, kids that age aren't going to be saying more than a few words. However, my sister's DD, who is the same age as my DD, was a very late walker (right before 18months) and was diagnosed with a developmental delay that became obvious when she didn't start speaking.

She hit all her motor milestones on the late end of “normal”. Her diagnosis is speech Arabia, which is lack of coordination between the muscles of the mouth, diaphragm, tongue, etc that makes speech possible, and it isn't diagnosed until kids are almost 3y/o.

I honestly think your LO (little one) is fine, but of your concerned, keep track of what your kid is accomplishing developmentally and compare it to a developmental chart, not other people's kids. Some babies walk early, some a bit later, and some are very quiet and introspective.

A friend's son didn't really walk until 15 months, he just developed at his own pace, but he wasn't delayed and now at 4 he's running around with the best of them. My son took his first steps at 16 months and started saying real words at around 2.5 years old.

He is now a very energetic, very smart and VERY talkative 5-year-old with above-average vocabulary for his age. Listen to your gut : does it seem like his legs hurt when he tries to walk? DS (dear son) started walking at 15.5 months.

I also had him assessed and monitored for about 1 year because I felt he was a late talker. Now DS (dear son) is 4, and he never stops talking and is always running.

He's a very analytical thinker, a klutzy kid, was a late potty trainer, and has the tendency to react strongly to things. This book made me feel better about his development and I appreciated the theory it presented as Early Intervention was very negative and wanted to label him with all sorts of things.