We suggest you use the latest version of these browsers: Visiting the site with Internet Explorer or other browsers may not provide the best viewing experience. 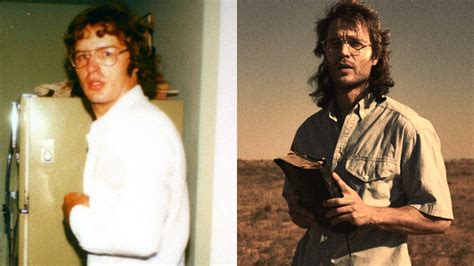 Crown offers a variety of trophies, medals, and more, in 100s of different sports and activities. From swimming to skiing, martial arts to table tennis, you are going to love our unbeatable selection of sports trophies.

Crown's Custom Department will work with you to create the perfect award for your organization. Crown offers SAME DAY SHIPPING on all stock trophies, medals, crystals, acrylics, and more when you place your order before 5:00 PM EST.

OFFICIAL STATEMENT OF THE WACO NAACPONTHE “UNITE THE RIGHT” HATE RALLY IN CHARLOTTESVILLE, VIRGINIA To be clear, this is not a Right or Left, Republican or Democratic, North or South, or Black or White issue.

A united body of Blacks, whites, Christians, Jews, Muslims, Democrats, Republicans, and like-minded individuals willing to reject purveyors of hate will defeat their attempt to take this country back to a very dark place. The Waco NAACP condemns the blatant, heinous acts of hate groups and so too should those who respect our country’s most treasured values. 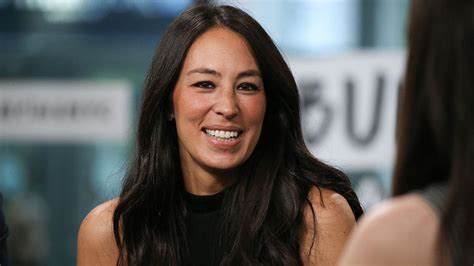 To many African-Americans, Jews, and others, the images of armed KU Flux Planners, white nationalists, and neo-Nazis marching in Charlottesville seemed like a horrific nightmare that recalled decades of intimidation, violence, and murder. Tragically, those scenes were all too real as these groups gathered in a so-called Unite the Right rally to “take America back.” In 2017, carrying guns, knives, and other weapons, the KKK marched on Charlottesville.

White supremacists with torches surrounded a church filled with African-American ministers and their allies. Intending to evoke the 1930s Hitler Youth marches, Neo-Nazis conducted a torch lit parade through the campus of the University of Virginia shouting Nazi slogans: “Blood and soil!” “You will not replace us!” “Jews will not replace us!” Minus the hoods of the twentieth century, these mostly white young men instead proudly exposed their faces and wore white polo shirts and khaki pants.

White supremacists savagely beat African-American Deandre Harris in a parking lot. Two state troopers, who were monitoring the event from a helicopter, crashed and died.

The president’s repeated refusal to unequivocally condemn these hate groups demonstrably serves to embolden them. Casting blame on the counter-protestors, who chose to defend themselves, is reminiscent of charges brought against civil rights marchers in the 1960s who were called violent when they were attacked by white citizens, law enforcement, and the KKK.

The president must not give quarter to the KKK, white supremacists, and neo-Nazis through ambiguous rhetoric or false moral equivalency. African-Americans, indeed all Americans, need the president to unreservedly side with us against the purveyors of hate.

While Texas A & M has prevented a rally “inspired by “Unite the Right” event, that will probably be a temporary situation. The racist damage at Willow Grove Baptist Church demonstrates that they are already among us.

Those who would minimize the incident at Willow Grove as teenaged vandalism, misjudge the case. Tragic, because it means young people have imbibed racist, bigoted ideas.

We must engage our youth and teach them that the KKK terrorized and lynched African-Americans and burned their churches for decades. We must teach them that the Nazis exterminated homosexuals, the intellectually disabled, gypsies, and six million Jews.

On Sunday, July 16, while sitting in church, I started to open the Bible app on my phone and was inundated with racist text messages calling me “nigger,” likening me to images of monkeys, declaring that the Dexter had “the power to keep niggers down,” and referring to the “NAACP Pee.” This moment in our country requires us to face hard truths about our racial history. 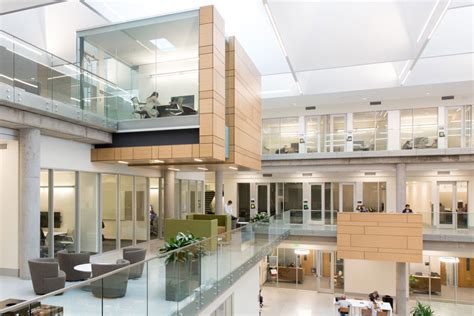 For instance, we must face the fact that most of the Civil War statues and memorials around this country were erected with the express purpose of re-asserting white supremacy over African-Americans after Reconstruction, during the Jim Crow era, and after the Civil Rights Movement. Whether these statues remain, come down, or are removed to museums, they represent a flash point of conscience which this country must confront.

The Waco NAACP will continue to be steadfast and immovable in the fight against discrimination, prejudice and hatred. The Waco NAACP is prepared to meet, march, and hold rallies that counter the racist, white supremacists ideologies that these groups espouse.

Rather, it started over a year ago with retiring Chief Brent St roman. Well before the violence of last week, Acting Chief Gent sch reached out to the Waco NAACP to continue that relationship.

Neither the Waco NAACP nor the Black Lives Matter Movement is demonizing the police. We know that the majority of law enforcement officers are committed to protecting all members of the community.

We cannot continue to pretend that law enforcement officers are blameless when they use unwarranted lethal force against African Americans. Just as we cannot paint all police officers with a broad brush for the actions of a few, we cannot do that to the Black Lives Matter Movement. 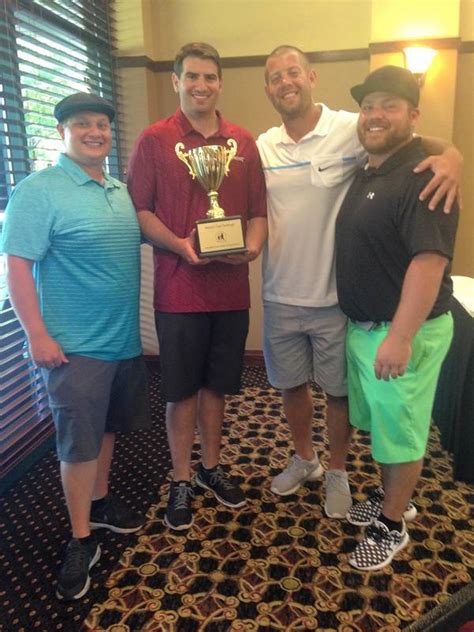 Thus, even as I support law enforcement, I want to stand with the Black Lives Matter Movement. When they marched to criticize a flawed criminal justice system and bad actors, these young people were exercising their constitutional rights.

By disrupting society and inconveniencing us, they have forced a national conversation on much-needed criminal justice reform. Rather than allow their voices to be shut down by making false links between their righteous cause to end unjust violence against African-American lives and the killing of innocent law enforcement officers in Dallas, we need to hear Black Lives Matter.

Unlike criminals, law enforcement officers have been sworn to serve and protect the community and its citizens. Thus, when police officers break that sacred trust by unjustly directing that deadly force at African Americans, citizens are rightly outraged.

Thus, instead of demonizing law enforcement or Black Lives Matter, there needs to be a conversation about criminal justice reform in this country. All America must acknowledge the truth that we see in many of these videos: African Americans face biased and racist treatment from some law enforcement officers that sometimes leads to their unwarranted deaths.

No one is suggesting that law enforcement does not face extremely difficult and dangerous circumstances. Yesterday I was saddened to learn from Ramona Curtis, director for Community Engagement and Initiatives at Baylor, that she had been forced to have the talk with her young grandson. 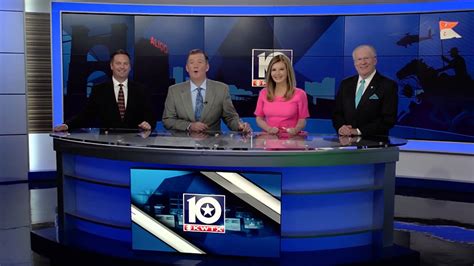 Grammy does not want to disappoint, nor does she want to have the “you are a Black man” talk that she had over and over with his dad growing up. My grandson is wise beyond his years, he asked me what color was Mr. Rice’s gun.

It is hard to have “the talk.” However, it is even harder and more frustrating to see so few officers facing consequences for unwarranted violent acts against African-Americans. Tamil Rice was a child with a toy gun who was killed by police within seconds of arriving; officers faced no charges.

Freddy Gray did not break his own neck in the back of that police van, yet no officer so far has been held accountable. John Crawford was strolling around Walmart with a BB gun; police shot and killed him instantly.

Second, law enforcement must shift from militaristic policing of African-American neighborhoods to community policing where officers development relationship with citizens so that they begin to see African Americans as citizens not as criminals. Acting Chief Gent sch served as an officer in East Waco for years, and consequently, knows many citizens in that neighborhood.

Fourth, local jurisdictions must acquire body cameras to provide additional insight into encounters between officers and citizens. Fifth, Congress needs to pass a federal anti-profiling law that includes data collection, so that bias can be determined or dismissed in local jurisdictions. 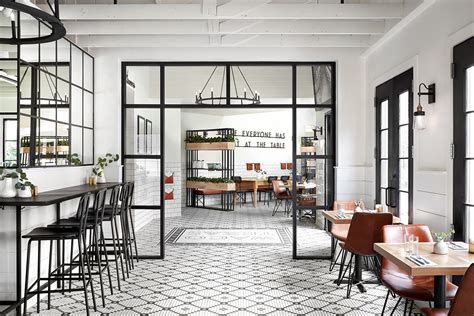 If we want this cycle of violence to stop, together we must acknowledge the truth and take action on criminal justice reform. She received both her master’s and doctorate in English from Columbia University in New York.

She is the current president of the Waco McLennan County branch of the NAACP. In the continuing fight for social justice, the Waco Chapter of the NAACP is enjoying an exciting and rewarding renaissance.