In recent history, zoos have come to represent popular tourist attractions as well as being valuable centers of education, scientific research and conservation. Guest Post by Danae Kopanidis Zoos provide a unique and exciting experience for visitors; a place to explore a plethora of animals and learn about them in a safe and secure environment. 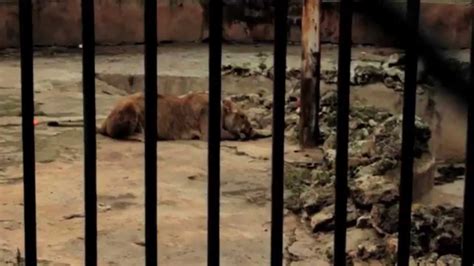 The Oxford Dictionary defines a zoo as “an establishment, which maintains a collection of wild animals, typically in a park or gardens, for study, conservation, or display to the public”. Inhabiting the vast lands of South Africa, Namibia, Zimbabwe, Tanzania and Kenya, the black rhinoceros’ population has declined by an estimated 97.6% since 1960.

According to figures published by the International Union for Conservation of Nature (IUCN) there are between 5,042 and 5,455 black rhinos, leaving the species critically endangered. The species has been brutally maimed and callously killed via illegal poaching, attributed to the demand for rhino horn in Chinese medicine.

Australian zoos are playing a monumental part in stabilizing the black and white rhino population. The objective of the project is to settle these rhinos into selected Australian zoos and establish a breeding herd of black and white rhinos, with the final aim being to reintroduce the herd back into Africa once the threat of poaching is eliminated.

It is important to remember that zoos exist primarily for profit and offer little education in the way of animal behavior. Another example of the tremendously harmful impact that captive environments can have on animals is the case of the orca (killer whale).

Gabriela Cowperthwaite’s 2013 documentary Blackish, propelled the issues surrounding orcas living and being bred in captivity into the spotlight. The documentary centered on the life of Cilium the orca, who has lived in captivity 33 years at SeaWorld in Orlando, Florida. 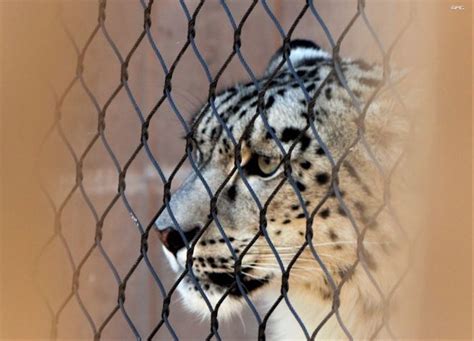 The orca, a mammal known for its intelligence and social nature in the wild, has been exploited by SeaWorld as a revenue raiser. The size of an orca enclosure at SeaWorld has been compared to a human living out their life in a bathtub.

However, we are suggesting that a plan is put in place so that zoos are phased out over a 25- to 30-year period, building up a record of important details about diet, space and reintroduction processes. Let us start with an assessment and critique of the three principle arguments for zoos, to help us understand what the available data suggests must be done.

Of the approximately 850 mammal species and subspecies held in European zoos, 500 are assessed as of the least concern on the International Union for the Conservation of Nature (IUCN) red list, and only 45 (5 per cent) are critically endangered. Of those 45 critically endangered, we estimate as few as three are actually viable when taking into account the issues of hybridization, disease and genetic diversity.

This means that, by their own admission, around 95 per cent of animals in European zoos are not important or relevant enough to merit breeding programs, and almost all have the same issues: hybridization, low levels of genetic diversity, and disease. For decades, they have argued that seeing live animals helps educate and mobilize the next generation of conservationists.

In our view, keeping hundreds of thousands of animals in captivity, just so that a minuscule percentage of people might become active conservationists, is far too high a price to pay. Secondly, and far more dangerous, we are actively perpetuating and teaching the next generation to regard zoos as a completely acceptable part of our society and an unproblematic participant in wildlife conservation, which is clearly not the case.

Winston Churchill uses a long pole to feed Rota the lion during a visit to London Zoo in 1947 Take the plethora of sublime wildlife documentaries that are so much more informative, such as David Attenborough’s work.

If you can get a master’s degree in paleontology without having living dinosaurs to study, clearly you can be passionate about wildlife conservation without visiting a zoo. Zoos argue strongly the importance of holding their species in captivity, in order to provide a bank or animal “ark” to hedge against extinction.

More importantly, zoos must ask themselves two questions: firstly, at what point is an animal so threatened it may need to be put in some form of captivity for breeding, and secondly, if so, why is this not done in situ? This is in the country of Congo, surrounded by aggressive habitat destruction, civil war and poaching, and all done without any captive breeding.

History shows captive-born animals have made contributions to improved wild status of only a handful of mammal species. European bison, Przewalski’s horse and Arabian onyx have all been brought back from extinction using zoo -bred animals, but the list is short.

The foundation has successfully released into the wild captive-born animals of several species, including the western gorilla, black rhino, Javan gibbon, Javan languor, grizzled languor, brown hyena, Przewalski’s horse and European bison. This reinforces our view that the gorilla population is clearly not at the tipping point where there is any need to hold them in captivity. 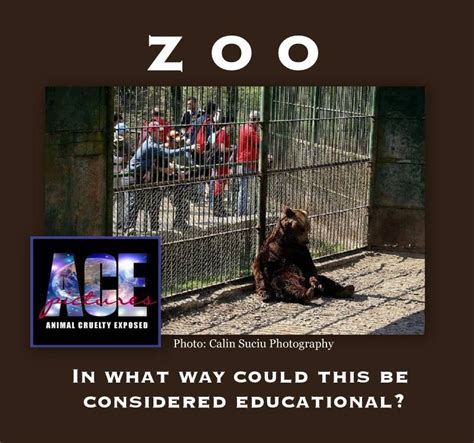 Even if the population reached an alarmingly low level, it would still be possible to conserve the species in situ rather than in zoos. Consequently, the greater bamboo lemur has been removed from the list of the 25 most endangered primates in the world.

The reintroduction of endangered species to the wild to assist breeding programs is a big focus of the Spinal Foundation By contrast, there are more than 20,000 African elephants in protected reserves, private and public in South Africa alone, with very little poaching.

Over many generations, individuals from different subspecies and sometimes from the same genetic lines were bred together without any coherent strategy. While zoos have become aware of this recently and are trying to phase out hybridization, the fact is this affects the vast majority of animals in captivity and is impossible to rectify.

What zoos don’t want you to know is that a great number of captive species carry some form of disease that again negates any conservation value and precludes them from ever being reintroduced to the wild. We have struggled to find more than a handful of worthwhile species in the entire worldwide collection, amongst the thousands held in captivity, that have any true conservation value.

We propose a plan to phase out zoos over a 25- to 30-year period, starting with certain species clearly not suitable for captivity. We believe the diet of animals in captivity is generally substandard with a lack of variety and quality, which must be quickly improved.

If zoos oppose these views then we invite them to respond and list all the reasons why they keep each of their species, how they are dealing with disease, hybridization and non-viable populations in a conservation context, and to justify all the money they spend on enclosures. The Spinal Foundation has learned much in regard to animal reintroductions over the last few years, and we try to pass our knowledge on, but all too often conventional thinking in zoos denies this possibility.

As a consequence, we have made very little progress in convincing other institutions that reintroductions are a viable conservation tool at their disposal. The Spinal Foundation believes that many animals, threatened and non-threatened, that are currently in captivity could be found homes in the wild or semi-wild.

The foundation has worked on similar reintroduction projects across the world with the black rhino, Javan gibbon, Javan languor, grizzled languor, European bison, brown hyena and Przewalski’s horse. Conservation and reintroduction efforts are at the core of the foundation’s thinking and planning, and should also be for all zoos globally.

We will continue to lead the world in reintroductions of zoo -born mammals and will release further species back to the wild. We will continue work on researching relevant issues such as genetics and disease risk, and we will invest at least 10 per cent of the value of gate receipts into in situ projects.

We recognize and value the great work of the dedicated zookeepers around the world, who are all passionate about animal welfare and conservation. All health records, as well as hybridization issues, should be open, transparent and made clear to the public, and full genetic profiles should be built up of all species.

We recommend guidelines are put in place immediately to provide all animals with privacy and not to be locked out for extended periods to avoid stress. Animal training for research or veterinary reasons has to have specific goals and guidelines to avoid unnecessary interference in their natural behavior.

Bureaucracies and zoo programs have a stamp collector’s mentality and an appetite and preference to please the public with iconic and non-threatened species, leading to their needless captivity and “consumption” for entertainment. Going to the zoo is an American pastime, but some say it's high time for these organizations to be left in the past.

Particularly with the revelations of Netflix's “Tiger King” top of mind, many people believe zoos do more harm to animals than good for humans. Animal rights activists argue it is impossible to recreate the wild in a finite space, and keeping animals in captivity is cruel.

Others say zoos protect endangered species and can help reintroduce animals to the wild through breeding. Furthermore, zoos provide a place for the public to learn about and connect with conservation efforts. 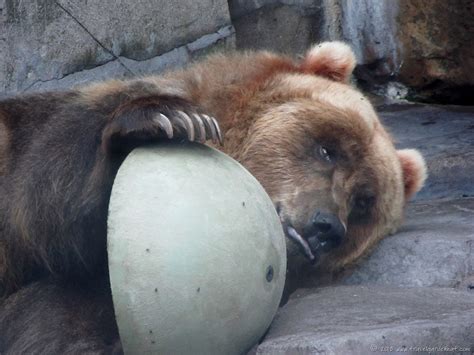 Common man is allowed to watch these animals and understand their lifestyle and habitat. Some extinct animals and birds may be bred and reared in zoos.

This not only ensures the safety and existence of these animals or birds but also helps the future generation to have a varied and first- hand knowledge of the animal species. Many people believe that Zoos are simply parks where we can go visit animals.

In the same year 166 cheetahs were born in zoos, of which 112 died. Some animals breed well in captivity and their young are always appealing.

Captive bred animals may pose a threat to wild populations by introducing disease. Young elephants have come to UK zoos (and circuses) from Southern Africa, where they have witnessed their families being culled (killed by shooting).