Mayor Muriel Bowser announced that a recent pause during Phase Two has ended, which allows for indoor dining at restaurants to resume at 25% capacity (or no more than 250 people) and museums to reopen with no more than 250 people allowed per floor and no guided tours. The coronavirus pandemic has affected events, attractions and other businesses throughout the Washington, DC area.

Make sure to check out our list of reopened businesses and read below for more details on restaurants, attractions and museums, including helpful safety information. Current Travel Requirements The DC government currently requires visitors to test negative for COVID-19 within 72 hours of traveling (and to show results if asked by a business, hotel or restaurant); to avoid visiting if you are a close contact of a confirmed positive case; and to get tested within 3-5 days of arrival if you are visiting for more than three days.

The city already requires individuals to socially distance and wear face coverings. Read more up-to-date information about traveling to the city to ensure the health and safety of visitors.

While many in-person gatherings have been impacted, local businesses, museums and festivals are hosting virtual events, which we're tracking on weekdays and weekends. Employees and patrons should socially distance and wear face coverings at all times.

Food service cafés and retail are allowed to open in line with industry standards. You can also learn more about DC's parks and gardens and read details of currently reopened sites below.

The outdoor campus at THE REACH is accessible, including pop-up wine garden and café Victory Park, which will take a short break from Dec. 25 through Jan. 9, 2021. Kenilworth Park & Aquatic Gardens is open from 8 a.m. to 4 p.m., with limited number of visitors, required social distancing and face coverings suggested. 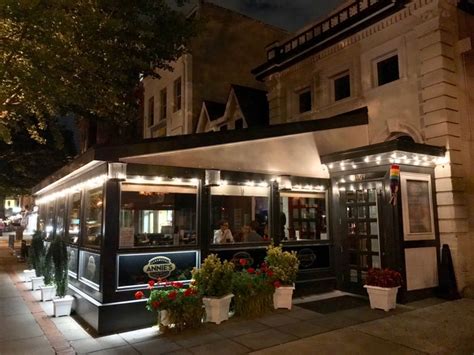 Nonessential retail businesses are limited to 25 percent capacity as specified on their Certificate of Occupancy or 250 people including staff, whichever is fewer. Phase Two allows for personal services to open including hair and nail salons, massage and spas by appointment only and with strong safeguards and physical distancing in place.

Barbershops and hair salons opened in Phase One with select services, Phase Two allows the reopening of tanning, tattoo, waxing, threading, electrolysis, cryotherapy, facial and other skin services and nail salons, requiring one client per employee, face coverings at all times and social distancing. Read more about the city's requirements for retailers and check out ways that you can support some of these local businesses in the District. 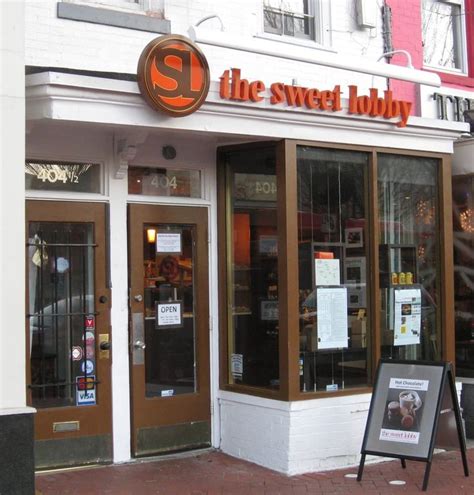 Owner Pacific Life shut down the 103-year-old hotel ahead of filing for Chapter 11 bankruptcy protection on January 11, LBJ reports. The 3,500-square-foot restaurant, which underwent a $3 million renovation in 2007, featured four private dining rooms, a chef’s table, and exhibition kitchen. The Pentagon City shopping center that frames an ice rink as West post at National Landing to complement Amazon’s incoming HQ2 nearby.

Orville flagged a note on the door of the taco shop from James Beard award-winning chef Ann Fashion and business partner John Mulching, who opened the restaurant in a former post office in 2013. Magnolia Bakery, the New York City-based cupcake shop featured on Sex and the City and Saturday Night Live, has closed “for the foreseeable” future inside Union Station, its website says.

Smoke & Barrel, the longstanding barbecue bar in Adams Morgan, announced in early December that it could not reopen in its current form. Tin’s Pizzeria posted a notice to its front door in Cleveland Park that said business “was no longer sustainable” due to the economic impact and capacity restrictions in place during the coronavirus pandemic.

The tiny pizza shop in a converted Chipotle lasted a little over a year, standing out with a dedication to seasonal produce and toppings like chef Logan Griffith’s shallot goo. The 60-seat bar, flanked with neon odes to its World Series-winning baseball team nearby, replaced shuttered Justin’s Café (1025 First Street SE).

Johnny’s Half Shell, a D.C. seafood fixture that has been open in various locations for 21 years, will not reopen after the pandemic, longtime co-owner John Mulching announced on social media. In 2016 the beloved raw bar relocated from a politico-driven location on Capitol Hill to a more intimate, 80-seat setup in Adams Morgan that formerly housed Fashion’s Eat Place. 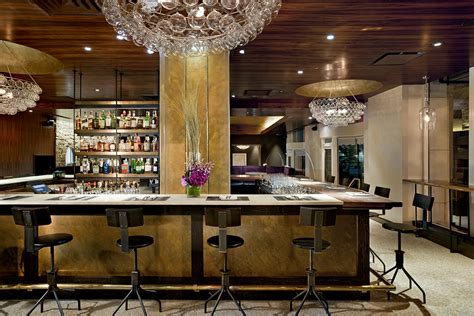 Mulching and chef Ann Fashion are also partners in Taquería National, which remains open for dine-in, takeout, and delivery on T Street NW and in Mount Pleasant. Boundary Stone, the Bloomingdale watering hole known for cheap drafts, whiskey pours, and a lively weekend brunch scene, will go on an indefinite hiatus starting later this month.

“With colder weather moving in, rising virus counts, and no relief on the horizon, we have made the truly agonizing decision to close Boundary Stone until further notice,” reads a Facebook post. Burger Tap & Shake, the self-explanatory casual restaurant from Passion Food Hospitality chef Jeff Tanks, has permanently closed after nine years in Foggy Bottom.

The D.C. phone number is rerouted to the 22-year-old chain’s Fairfax location, which remains open, and an employee there confirmed the D.C. counterpart will not reopen. The popular Logan Circle taco bar (1819 14th Street NW) could relocate elsewhere in the city, but the move was made “while the company navigates the current market conditions due to COVID-19.” A Georgetown location remains open.

U Street Music Hall, the underground destination for large crowds to catch top-rated DJs while spilling beer on a frequently packed dance floor, is done after 10 years. A statement the venue posted on its social media platforms cites “operational costs that never paused even while we were closed” for the past seven months, as well as an up-in-the air reopening timeline for music clubs. 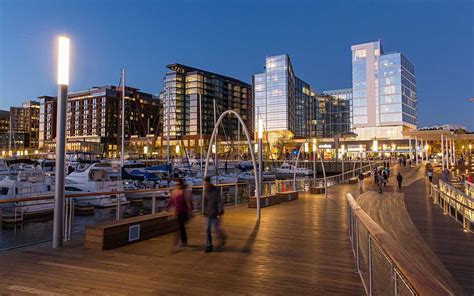 Owner Will Eastman tried to prolong its lifespan via merchandise sales, a GoFundMe campaign, and a livestream series, but no revenue coming in from live shows ultimately forced the venue to fold. Owner Will Eastman tells the Washington Post that a legal dispute with the club’s landlord over the terms of the lease played a part in the decision to vacate the space four years before the end of its rental agreement.

Orville flagged an Instagram post from owner Olga Erratum that said simply, “Farewell Mother,” days before signage was removed from the bar. Brothers Ian and Eric Hilton announced they will close seven of their popular bars around the U Street NW corridor (Marvin, the Gibson, the Brixton, El Rey, American Ice Co., Player’s Club, Echo Park) on Halloween. 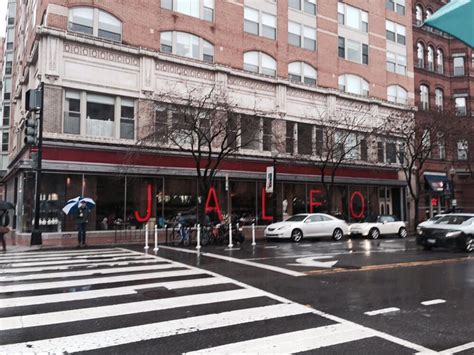 The reliable pasta place never reopened in any capacity once the pandemic struck in March, and Toni decided it wasn’t worth attempting a comeback because “we were losing money.” The 85-year-old adds he has no plans to reenter the restaurant world. Pizzeria Paradise’s decade-old outpost in Old Town is done, Washingtonian reports, with restaurateur Ruth Dresser citing “unsuccessful lease negotiations” as the cause for the closure.

The location has not reopened since March, but there’s a farewell event slated for Sunday, October 4, with free T-shirts and pies at 124 King Street. Paradise plans to maintain an Alexandria presence with monthly appearances at Port City Brewing starting Thursday, October 15.

The local chain, known for its craft beer selection as much as its pizza, maintains locations in Dupont Circle, Georgetown, Spring Valley, and Hyattsville. The to-go and delivery counter (807 Pendleton Street) highlighted rotating menus from food truck start-ups and established brands, serving everything from pizza to dumplings.

Lucky Buns chef Alex McCoy has shut down Some Tam, his Thai street food stall that sold spicy green papaya salads and Khan SOI inside Union Market. An Instagram post from McCoy says Some Tom will be “taking a break for the indefinite future.” Thai natives Leak Limvatana and Satan Ruangsangwanata oversaw the little, lantern-lined setup that opened in January.

“Being shut down three separate times due to COVID-19 and a landlord unwilling to work with us on any type of rent reduction and/or deferment has made for an untenable situation. Orville first flagged the closing signage on the door, and TOP reports the move is part of an overall restructuring plan, per a Thompson Hospitality rep. A pair of D.C. locations, in Capitol Hill and Penn Quarter, remain open.

Matchbox Restaurant Group filed for Chapter 11 bankruptcy reorganization summer, selling off the multi-state brand to Thompson Hospitality. Chef Victor Albion’s modern Mexican restaurant Coca Made, along with the sole D.C. location of his fast-casual Taco Samba chain, will not reopen in Penn Quarter.

Twins Jazz, the live music institution on U Street NW owned by Ethiopian-born sisters Kelly and Maze Testate, permanently closed after 33 years of business. Irish pub Kitty O’Shea’s will pour its last shot of Jameson next month, wrapping up a nine-year run in Tinseltown.

“We look forward to making the best of these last few weeks with the people who have made our small watering hole the special place that it is,” reads the post. Bar snacks straight out of a teenager’s pantry (peanut M&Ms, French bread pizzas) added to its charm.

After nine years of pouring drafts from 30 taps, downtown pub Maddy’s Taproom will close for good on Saturday, July 25. Customers are invited to drink the bar dry and support staff from noon to 9 p.m. Tuesday, July 21, through closing day (1100 13th Street NW).

After 23 years in Cleveland Park, Fire hook Bakery will close permanently on Thursday, July 30, according to a message on the door that Orville shared. Happy hour spot Magnolia Kitchen & Bar wrapped up a two-year run in Dupont Circle on Friday, July 10. 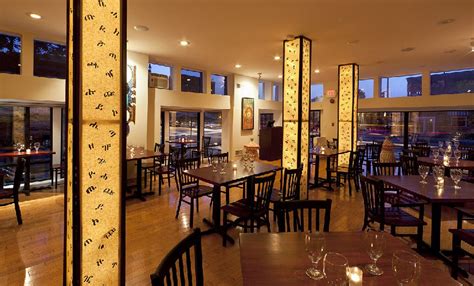 A Rake’s Progress, the high-priced, local-sourcing Mid-Atlantic restaurant that brought James Beard Award-winning chef Spike Verde to D.C., has permanently closed after two and a half years of business on the top floor of the trendy Line hotel in Adams Morgan. Peregrine Espresso announced it will close its 14th Street NW location Sunday, June 28, citing the end of a 10-year lease and rising rents on the condo-heavy strip.

Carlie Steiner unveiled the colorful eatery last September, tapping DOI Moi alum Amanda Moll to lead a small plates menu filled out by Middle Eastern, Asian, Latin American, and Southern flavors. Restaurateur Ashish Alfred debuted 4935 Bar & Kitchen in the space in 2012, then flipped it into a steakhouse named after his late brother in 2018.

George’s (4935 Cordell Avenue) wouldn’t be able to make up the revenue it lost while its second-story events space has been shut down, Alfred tells the pub. Mai Thai’s other locations (Old Town, Georgetown) sister spot Typhoon in Dupont remain open for takeout.

Wolfgang Puck’s Asian restaurant the Source wrapped up its 13-year run inside the Noose building in Penn Quarter. The Lucky Strike bowling alley and bar in Chinatown appears to have closed for good, removing its Twitter account and its D.C. listing from the chain’s website. 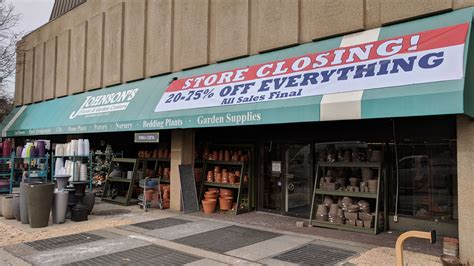 A pair of decades-old gay clubs closed in D.C.: Ziegfeld’s/Secrets near Nationals Park and leather bar DC Eagle in Northeast.