An Angel To Watch Over Me Sally Deford

Make a list of all the things mothers do, and you’ll run out of paper. As I wrote this song about the gentler, more poetic contributions that mothers make to our happiness, I’ll admit to entertaining a few errant lines that didn’t make the final draft. 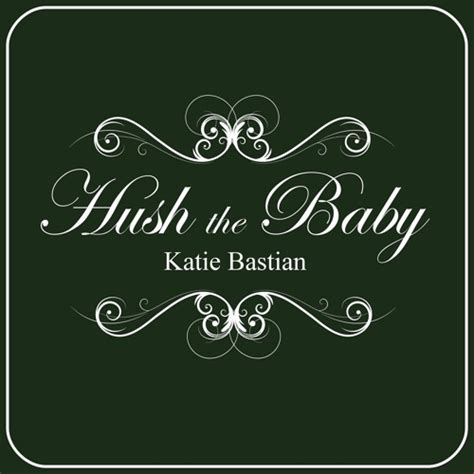 If you don't find your answer there, feel free to post your question here. I don’t speak these languages, so read carefully to be sure the text says what you want to say.

Especially when they’re made with death,” says Mister Tim, the quirkiest voice in a cappella music. Intense, focused, squinting with the effort of tweaking our voices into a semblance of harmony and with one ear always turned toward the choir Mister Tim–er, I mean, Brother Tim–did his own arrangements of hymns and sang all the music as if it were being performed for the first time every time.

Like most college a cappella bands Moose butter focused on and perfected the silliness inherent in singing “classic” music, like “Popcorn Popping”, with that characteristic BYU-comedy flair. They were big with the ten-year-olds and all their parents for being able to comically riff on everything from Harry Potter to Spam to Jon Williams (who is most definitely the man), for which they were nominated for a People’s Choice Award. 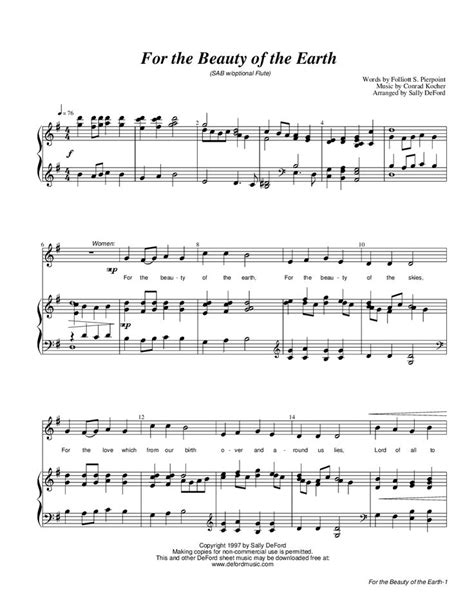 From there Mister Tim went on to work on the Vegas Strip and put together, manage, and perform in many other a cappella groups. When his stint in Vegas ended and he and his family rolled back into Colorado he came with yet another incarnation: Vocal Magic.

Eliot could have sang and Allan Ginsberg had known how to beatbox and been stuck in one body, they could have been reincarnated as Mister Tim. “A Capella” to most people, I think, means Rockabilly (Carmen San Diego), or a barbershop quartet, or a college group like BYU’s Vocal Point, or, more and more frequently, “GLEE” (even though there has only been one actual a cappella song on that show).

But, even Rockabilly, still touring the world 15 years after Carmen San Diego went off the air, is nothing like they were on that show: they are a technology-dependent pop act. Really there are three ways to define “a cappella”: 1) the most basic– meaning any music performed without instruments, regardless of style (including when rock bands sing a section of their song without instruments, like the beginning of Queen’s “Bohemian Rhapsody”); 2) what seems to be the popular interpretation of a cappella, which is the Rockabilly version, or the college a cappella version, or even the barbershop version, which carries a fragrance of corkiness; 3) and “contemporary” a cappella, which is a movement of modern musicians doing modern music at a very high level, usually incorporating vocal percussion, and usually depending on technology to create the same auditory punch as a “real’ band.

I listened to The King’s Singers (classical) in high school, saw BYU’s Vocal Point at one of BYU’s very first a cappella jams; I had friends bootlegging a cappella radio programs onto cassette tapes and passing them around; I was introduced, through rumor at first, to The House Jacks, and then by the late 90s to m×pact. Recognizable covers, bare-bones vocal sound, often they want something a little corny (which is part of that old-school a cappella”¦ thing).

I get to sing everything just the way I want it sung, and I don’t have to wait for other people to learn their parts. Other reasons I started live-looping: a) I want to go out and perform as often as possible, but couldn’t get the other people in my groups to go all the time; b) There are lots of paid shows that come up that don’t pay enough for a whole group, but are good money for just one person; c) I saw other people do it, and it looked like fun. 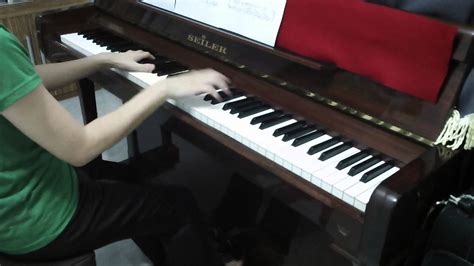 But I want to be teaching as often as possible, visiting classes, flying out to music festivals, showing up at concerts. I can’t afford to fly a whole group out to these kinds of things for free, which most of them demand (even the big a cappella festivals where I teach I have to pay my own way there unless I’m one of the headline performers).

But now that I’ve got a solo act, I can drop in on a class with my small sound system that takes less than 5 minutes to set up, sing a couple of songs, the kids think it’s cool, and then when I speak, my words matter. I do enjoy the constraints: a lot of my material has developed to address specific issues of how to keep the show from being boring, dealing with the repetitive nature of the loop, not being able to change the music once it’s laid down without completely starting over.

Author Wm Posted on 02/23/2011 Categories Interviews, Music, Pop, Reviews, Uncategorized Tags a cappella music, Authored by Laura Crater, Laura Hilton Crater, Mister Tim, Mormon arts, Mormon culture, Mormon music I am the lucky mother of a tween. She’s nine years old and, while we share a great number of similarities (like hair color), she is different from me in many ways.

When I was in 4th grade the only pop star I could name was Debbie Gibson; I was too busy listening to my dad’s LPs of Fiddler on the Roof and The Sound of Music and, oh yes, Saturday’s Warrior. Thanks to iTunes, Spotify, Pandora and the ubiquitous iPod/mp3 gadgets every kid, but mine seems to have my daughter has heard more pop music than I have and, well, there’s been some friction.

Now I like pop music as much as the next mom, but I just have a visceral reaction when I hear my nine-year-old belting out Katy Perry or LMAO or Niki Final. I’ve been doing my research and trying to find “cool” music that will placate her need for auto-tuned lyrics and techno-dance beats without introducing concepts that simply aren’t appropriate for a little girl–because, despite her protestations, she still is one. 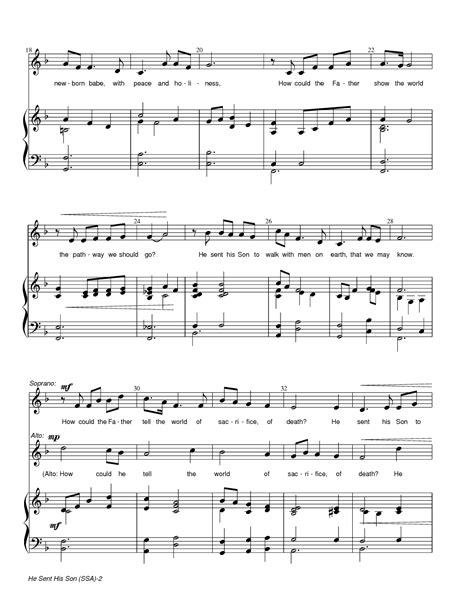 (I’m actually kind of a super fan; I commented on their Facebook page, and they replied, and I totally called all my friends and told them. I don’t want to start any Mormon rumors, so I’ll just say this: while the Piano Guys sell through Desert Book, I have no idea if Tyler Ward and Megan Nicole are Mormon–except that they have that Mormon look and change cuss words and questionable lyrics in all their covers to more saccharine/appropriate options.

But now my daughter can listen to a song and enjoy it and sing it and she and I don’t end up having long and somewhat tricky conversations. The short version is this: they took movies that most Mormons wanted to watch but wouldn’t because of “questionable” content and edited them to fit a “family friendly” standard.

This is the company that made it so Neo in The Matrix said things like, “Oh crud” and “Jeepers Creepers.” They were pretty big business for a few years–until they got shut down by a lawsuit filed by the Director’s Guild who claimed they were violating copyright laws. From what I recall of the court case, directors like Steven Spielberg and Martin Scorsese felt that the CleanFlicks folks were unlawfully trampling and changing their artistic property.

They made their movies with “questionable” content because they felt it needed to be there, and it was a slap in the face to their artistic integrity to have someone come along and “clean” it up. So now I’m wondering if these artists like Tyler Ward and Megan Nicole are treading on the same ground.

Obviously music copyright works differently and these covers are legal, but what about the aesthetics? Sunday, One Direction, and Taylor Swift anything that saves my ears from another Justin Baker song or a Bella Thorne auto-tune-fest is a gift to me. 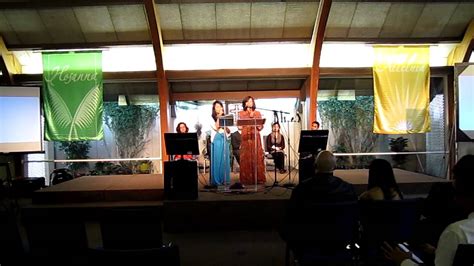 Author Wm Posted on 01/11/2013 Categories Culture, Music, Pop Tags Authored by Laura Crater, Megan Nicole, Mormon music, Mormon Pop Music, Piano Guys, Tyler Ward This month female members of the Church will be gathering in countless cultural halls with casseroles, crackpots of soup, and rolls in hand–all to celebrate a very special birthday: the anniversary of the founding of the LOS Relief Society. A required Church activity (it’s described in the Handbook of Instructions) this evening which seeks to epitomize the roots of sisterhood is a staple in every RS yearly calendar.

Along with the soups and ubiquitous chicken salads (the recipe with whole garlic cloves is always a no; the one with avocados and raisins is a surprising yes), there will be a program of some sort celebrating the history of Relief Society and the women who have shepherded the organization from its inception in Navies to its current state as worldwide humanitarian powerhouse. There were balloons on the tables, and we all ate Texas sheet cake that one of the sisters had piped with the Relief Society seal and logo.

Instead of hymns or the clanging echo of female chatter on the cultural hall walls, I opted for Glenn Miller. I brought a small CD player and set it on the stage (which wasn’t being used that evening) and we all grooved to “Little Brown Jug” and “Pennsylvania 6-5000.” It was fun.

Surprisingly a lot of singers, from your ward and from the big LOS music marketers, are seeking to fill that gap. Just like some Desert Book musicians release theme music for the youth programs every year, a clutch of DB female LOS musicians release albums aimed at capturing the special sense of sisterhood.

Usually it’s ladies like Hilary Weeks (your Facebook feed probably got inundated with this one last fall) or Mercy River. For a while it was Gladys Knight and the Saints Unified Voices album (who knew “I Am a Child of God” could be so deeply soulful !). 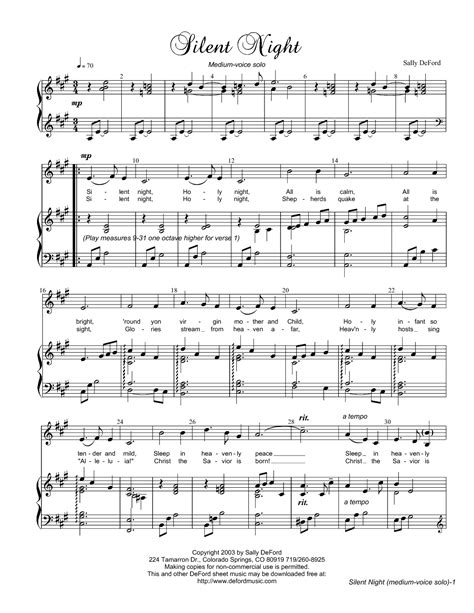 And always there are the humble renditions of the hymns “As Sisters in Zion”, “Love at Home”, and “Each Life That Touches Ours For Good” sung by tender-hearted ward members. Like the Janice Knapp Perry numbers that graduated with me from Young Women’s into the RS (The presence of “I Walk By Faith” at some of these events is baffling to me).

While I unequivocally love Mindy Goodwill’s “Emma” I am a bit divided on Mr. Bye’s offering. On the one hand, I appreciate his compliments and there a couple spots that I actually tear up because he articulates my feelings fairly well.

Author Wm Posted on 03/12/2012 Categories Uncategorized Tags Alex Bye, Authored by Laura Crater, Emma Smith, Hilary Weeks, Mindy Goodwill, Mormon arts, Mormon music, women SallyDeFord is one of the most prolific modern LOS composers and arrangers. Her song, If the Savior Stood Beside Me “ was used in the 2008 Primary program and was performed in the General Young Women’s broadcast in 2007.