Douglas Fairbanks was born Douglas Elton Thomas Pullman in Denver, Colorado, to Ella Adelaide (née Marsh) and Hezekiah Charles Pullman, an attorney and native of Pennsylvania, who was a captain for the Union forces during the Civil War. Tall, dark, and handsome, Reed Hadley appeared most frequently as either a villain or as an officer of the law during a film career of 35 years. 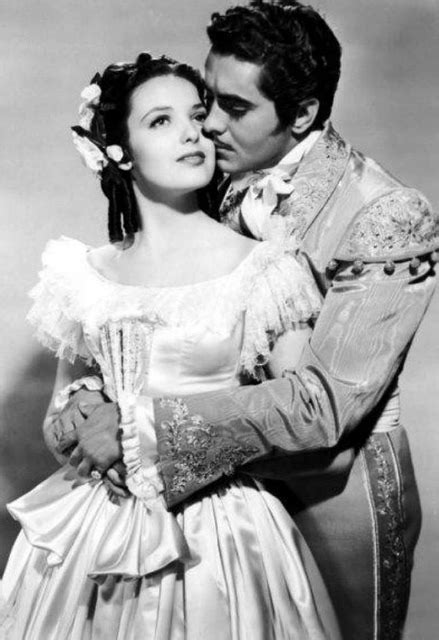 His rich, bass voice was also frequently heard as narrator for movies and documentaries. An exceptionally handsome and charismatic performer with a serene baritone voice, Guy Williams was born Armand Joseph Catalan (nicknamed “Armando” by his family) of Italian parentage in New York City on January 14, 1924.

Duncan Refer was born in Lethbridge, Alberta and raised in Victoria, British Columbia, Canada. In his youth he distinguished himself as a champion figure skater, then had his own radio program at age 16.

Refer was also an Olympic boxing contender, and a classically trained Shakespearean stage ... With a smooth, ingratiating style and a killer smile that brightened up the small screen, he also hit a cultural acting landmark as the first Hispanic actor to portray Zorro on TV.

Influenced by Richard Burton, he decided to study at College of Music and Drama and graduated in 1957. Noted these days for his dashing, sporting, jet-setting playboy image and perpetually bronzed skin tones in commercials, film spoofs and reality shows, George Hamilton was, at the onset, a serious contender for dramatic film stardom. 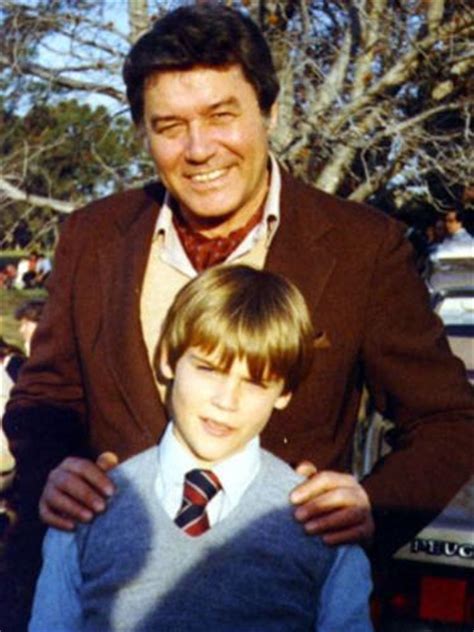 After a broken foot ended his early dreams of becoming a soccer star, Band eras began studying drama. After appearing in local productions around Málaga, in 1979, Band eras moved to Madrid to pursue his acting career, eventually earning himself a spot with the National Theater of Spain.

After a brief appearance in Madonna's Truth or Dare (1991), his first significant role came in The Mambo Kings (1992), for which his lack of English forced him to learn his lines phonetically. Band eras' real breakthrough to a mainstream American audience came the following year when he was cast in the highly touted drama Philadelphia (1993).

In the film, Band eras portrayed the gay lover of a lawyer with AIDS (played by Tom Hanks) with a sensitivity that earned him significant critical acclaim. His star shining brightly, the following year Band eras appeared in Interview with the Vampire alongside Brad Pitt and Tom Cruise, firmly establishing himself as a Hollywood Allister.

He followed up in 1995 by co-starring with Sylvester Stallone in the action film Assassins and taking the lead in Desperado, the second installment of director Robert Rodriguez's Mexico trilogy. By now a bona fide leading man, in 1996, Band eras was reunited with Madonna to co-star in a film adaptation of the Andrew Lloyd Webber musical Evita, during which he also had the opportunity to showcase his singing and dancing skills. 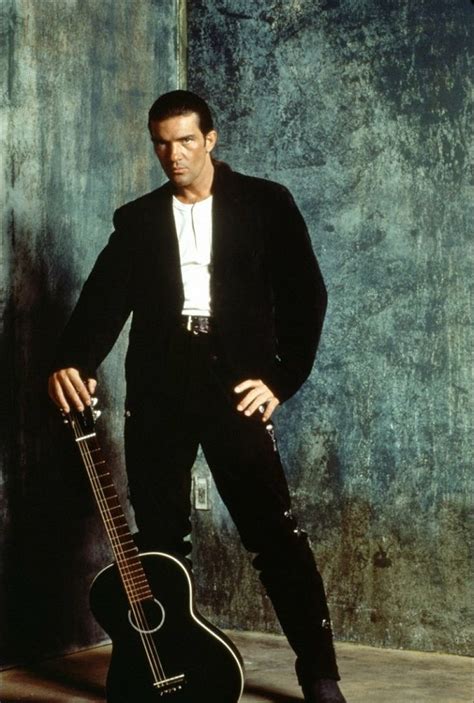 Along with his work in front of the camera, Band eras received a Tony Award for Best Actor for his performance in the Broadway musical Nine, and directed the films Crazy in Alabama (1999) and Summer Rain (2006). He later joined the ensemble cast of the Stallone action flick The Expendables 3 (2014) and lent his distinctive voice to The SpongeBob Movie (2015).

Also in 2015, Band eras starred in The 33, a film based on the real-life drama of a group of Chilean miners who were trapped underground for more than two months in 2010. The following year brought his eighth collaboration with Almodóvar, the actor channeling his mentor as an aging film director struggling with physical and emotional distress in the deeply personal Pain and Glory.

Sometimes a friend (especially to Diego), sometimes a reluctant foe, Garcia is constantly outwitted by other characters, and is often his own worst enemy due to his weakness for food and wine. Calvin's rich baritone voice also contributed to a number of musical interludes over the course of the series, singing everything from drinking songs to a serenade, and even a duet with Annette Monticello in one episode. 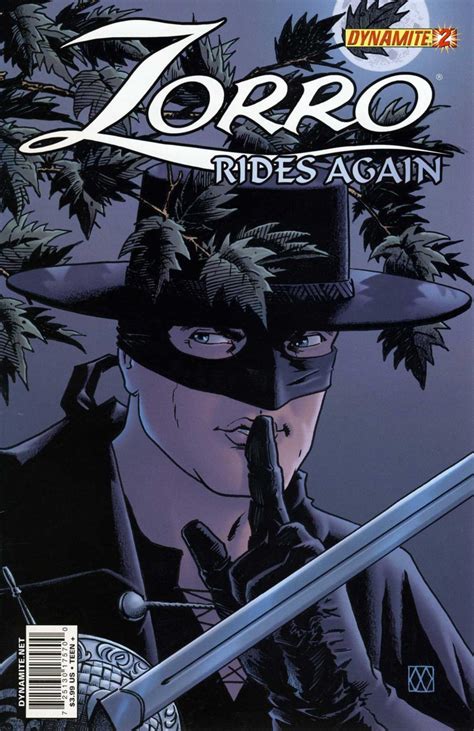 After the series ended due to a contract dispute with ABC, he reprised the role of Garcia in all four Zorro stories that aired as part of Walt Disney Presents in 1960 and 1961. Toby's other mentor in the film, clown and animal trainer Sam Treat, was played by Gene Sheldon, who co-starred in Zorro as Bernardo.

Armando Joseph Catalan (January 14, 1924 – April 30, 1989 ), better known as Guy Williams, was an American actor and former fashion model. During most of the 1970s, Guy Williams frequently visited and worked in television shows in Argentina, where he was most revered.

Guy Williams was born of Sicilian parentage on January 14, 1924, as Armando Joseph Catalan in the Washington Heights area of New York City. His parents, insurance broker Attila Catalan and Clara Barbara, were from the island of Sicily, and were by then living in poverty.

Attila was the son of a wealthy timber grower in Messina, who purchased land in New Jersey. When he decided not to continue studying, his mother, who later became an executive of a foreign film company, was disappointed because it was expected that he would follow in his father's footsteps as an insurance broker.

After working as a welder, cost accountant and aircraft-parts inspector during World War II, Williams became a salesman in the luggage department at Wanamaker's. He quickly found great success with assignments resulting in photographs in newspapers and magazines, including Harper's Bazaar as well as on billboards and book covers.

Williams had a featured role as a pilot in the film The Beginning or the End (1947), about the first U.S. deployed atom bomb. In 1948, to advertise cigarettes while skiing, Williams did an extensive filming trip accompanied by Janice Cooper, a John Robert Powers model.

During the long photographic sessions, they fell in love, marrying on December 8, just after they returned to New York City. By 1950, Williams was filming some pioneering television commercials in the U.S. His father died in 1951, never to witness his son's rise to fame.

Guy Williams appeared in small supporting roles in films, including: In 1953, he suffered a serious accident when he fell from a horse and was dragged over 200 yards, resulting in a long scar on his left shoulder.

Because of this he returned to New York to continue acting and modeling there and temporarily abandoned his film career. In 1953, he left Universal and became a freelancer for movies produced by Allied Artists and Warner Brothers.

Early in 1957, Williams appeared twice in the role of Steve Clay in the television series Men of Annapolis, a military drama set at the United States Naval Academy. He also appeared in the Rod Cameron drama State Trooper in the episode “No Fancy Cowboys” about the defrauding of guests at a dude ranch.

About this time, the Walt Disney Company was casting for Zorro, a television series based on the character created in 1919 by Johnston McCully : the young nobleman Don Diego de la Vega and his masked alter ego Zorro. To play the main character, the chosen actor would have to be handsome and have some experience with fencing.

Walt Disney interviewed Guy Williams, telling him to start growing a mustache “neither very long nor thick.” Williams resumed his professional training in fencing with the Belgian champion Fred Caves (who also trained Douglas Fairbanks, Errol Flynn and Tyrone Power), since the show required sword fights in most episodes.

The theme song was composed by Norman Foster and George Runs and performed by The Mellon ; it reached #17 on the Hit Parade. In 1959, a legal dispute arose between Disney and ABC, causing a hiatus and the eventual cancellation of Zorro.

However, four hour-long episodes were produced with the original primary cast, including Williams. These episodes were released as part of the Walt Disney Presents series between October 30, 1960, and April 12, 1961.

After finishing his contract with Disney, Guy Williams went to Europe to film two movies: In 1964, Guy Williams returned to Hollywood to resume his career, being added to the cast of the hit TV series Bonanza as Ben's nephew.

Williams found himself written out of the series after five episodes despite being slated to become one of the four permanent leads. His character had been created as a replacement for Adam Cartwright, since actor Parnell Roberts planned to leave the show at the end of that season, thus allowing the format with four regular leads to continue.

Fans wrote in to keep the original Cartwright's and producers held Roberts to his contract and kept him on for another season. In 1965, Guy Williams returned to weekly television in the popular science-fiction series Lost in Space.

Guy Williams played Professor John Robinson, an expert in astrophysics and geology, who commanded the mission of the Jupiter 2 spaceship, taking his family in a voyage to colonize the Alpha Centauri star system. After Lost in Space, Guy Williams decided to retire in order to better enjoy his wealth which had been generated by investments in several businesses, buying and selling on the stock market.

When Williams had first visited Argentina in 1973, he was taken by the admiration and fascination the Argentine people expressed for him and his character of El Zorro. In the late 1970s, he retired, except for personal appearances, to Recover, an upscale neighborhood of Buenos Aires.

Owing to his great popularity in Argentina, his ashes lay for two years at the Argentine Actors' Society cemetery at La Charity Cemetery, Actor Pantheon & Crypt 278. In 1991, in accordance with his wishes, Williams' ashes were spread over the Pacific Ocean in Malibu, California.

In 2000, Williams was the first local celebrity inducted into the Bronx Walk of Fame. In October 2002, the fans of Williams, with his children Steven and Toni in attendance, dedicated to him a bench in New York's Central Park.

In August 2003, Disney enterprise placed a commemorative badge dedicated to Williams in the mansion of the Mission San Luis Rey de Francia at Oceanside, California, where the Zorro series was filmed in 1957. A number of books have been written which feature Williams, particularly in his role as Zorro.

This includes the Zorro Television Companion, detailing the making of the Disney series, as well as a biography by Antoinette Garment Lane, Guy Williams: The Man Behind the Mask (2005). A collection of original Zorro short stories, some inspired specifically by Guy Williams, was edited by Richard Dean Starr and released in 2008.

It includes an introduction by Guy Williams Jr. (with Matthew Laugh) and an afterword by Isabel Allende. The cover art on the trade paperback edition by Douglas Laura was a homage to Guy Williams.

A Reference Guide to Television's Bonanza: Episodes, Personnel and Broadcast History. “Guy Williams, TV and Film Actor Who Played Zorro, Is Dead at 65”.